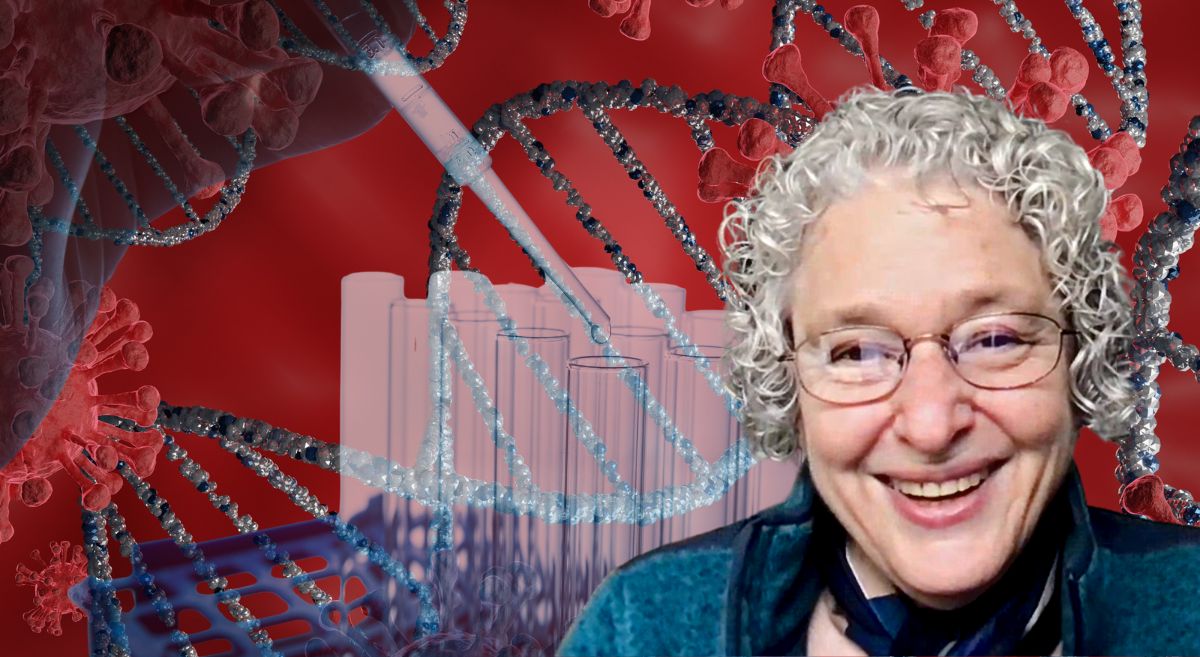 As far back as March 2020, Dr Meryl Nass, a board-certified internist and a biological warfare epidemiologist and anthrax expert, proposed that the pathogen we know today as “SARS-CoV-2” was likely made in the Wuhan Institute of Virology lab. BizNews spoke to Nass to discuss the basis of her lab origin theory and whether the virus escaped or was deliberately engineered and released as a biological warfare weapon. In January, after over 40 years as a practising internist with a stellar reputation, Nass’ medical licence was suspended without a hearing and she was ordered to submit to a neuropsychological evaluation by the state medical board in Maine for “spreading misinformation” and prescribing ivermectin and hydroxychloroquine. Nass, however, has not backed down. In this long-form interview, Nass, who studied anthrax and bioterrorism for the past 26 years, drew parallels between the Ebola and anthrax outbreaks and Covid-19 and explained the fascinating but frightening concept of original antigenic sin and the disastrous way in which it could manifest as more and more people continue to get Covid-19 boosters. – Nadya Swart

Excerpts from the interview with Dr Meryl Nass

I was in the wrong place at the wrong time about 34 years ago and wound up being asked to look into a contract with a researcher at University of Massachusetts and the Defence Department. And it turned out it was a contract to develop a sort of primitive, genetically engineered strains of anthrax. But the title of the contract was ‘Studies for a Better Vaccine’, and the body of the contract was not that. So the title did not reflect what the contract was. So I thought, “Well, that’s pretty curious. That’s not supposed to happen in government contracts.” And I started looking into anthrax as a result and pretty quickly discovered that the world’s largest anthrax epidemic had not looked anything like all the others. And so I spent some time investigating that and showing it was due to biological warfare that occurred in Rhodesia between 1978 and 1981. And I published a paper on it in 1992, 30 years ago. And that and the Gulf War launched me as an anthrax expert.

I also wrote a paper on how to detect episodes of biological warfare and distinguish them from natural epidemics. And then later, when the US instituted a mandatory anthrax vaccine program for soldiers, I was involved with trying to fight that, because it turned out to be a dangerous vaccine, harming a lot of soldiers. And there was no good reason to use it since no army had ever been attacked with anthrax.

At the same time, I’ve also been practising medicine all of this time and writing and researching and looking into other epidemics. When this particular pandemic arose, I of course knew how to study them. I tried to explain to people what was needed to protect themselves. But then after that, by late March, I realised something wasn’t right. A couple of papers had been published that were basically cover ups of a lab origin, trying to throw people’s attention away from the possible lab origin by saying that those who claimed it might be were conspiracy theorists, were interfering with the US relationship with China, which was necessary to be peaceful and happy so that we could work together on fighting the pandemic. And a bogus scientific paper was published saying, “For these theoretical reasons, there’s no way it could have been a lab origin.”

And when I read those two papers, I thought, “This is obvious propaganda. There’s no science to this.” So, I immediately started looking more into the possibility of lab origin. I had already written a little blog post pointing out that there are frequent escapes from labs of potential pandemic pathogens. In fact, in the United States, we have about 100 reported accidents with these pathogens every year. They get reported to the CDC and in other countries it’s probably the same, although they probably aren’t required to publish the results.

So I knew a lab origin was likely, but when there was a concerted cover up, I thought it was more likely. And then I started researching and looked at all these different aspects of the pandemic over the last two and a half years and found there were a lot of lies, fake statistics, poorly conceived tests with wrong specifications for how to perform them. There were all sorts of crazy things going on that caused doctors to diagnose COVID more frequently. Hospitals were paid more money if they could diagnose it, paid more money if they put someone on a ventilator, paid more money if someone died with COVID. And the CDC and Medicare that were giving hospitals instructions for how to do these things, were saying, “Oh, well, you don’t even need a positive test. You know, if you just think the patient had COVID, that’s okay. We’ll still pay you this bonus.” And that was also so unlike Medicare and CDC.

So anyway, I came to understand that there was a great fraud involved with the entire pandemic. Not that it doesn’t exist. There’s definitely a virus. People are sick and I’m just getting over my second episode of COVID. We know how to deal with it, but the government suppressed that information.

On distinguishing between episodes of biological warfare and natural epidemics

My methodology works for some infections and not others because it’s based on comparing the characteristics of the epidemic in question to the known characteristics of normal epidemics. So, there have been a bunch of Ebola outbreaks in Africa, but the largest was the West African Ebola outbreak. It had never occurred in West Africa before. And interestingly enough, at Ground Zero, near the meeting of Guinea, Liberia and Sierra Leone, was a lab sponsored by the United States.

The routine characteristics of the outbreak, the way it spread, the severity, the organs it affected, those were not much different from other Ebola outbreaks. So, I am not going to say that the viral strain that caused the outbreak was made in the lab or was selected as a biological warfare agent. But Ebola itself, even without being created in a lab, is designated as a potential pandemic pathogen, a potential biowarfare agent by the US CDC.

And so, it’s like anthrax. You don’t really need a particularly dangerous strain. You know, the garden variety strains are pretty much good enough to create a biological warfare event. Maybe it won’t be the most virulent you could get, but it will still be quite virulent. So was the West African Ebola due to biological warfare? I don’t know. But it shared the characteristic with the pandemic that basically there was neglect. In the case of COVID, there was actually suppression of use of effective medications. With Ebola, there was just neglect. Something was wrong with the way that epidemic started and meandered for three months.

But if it were a deliberate spread, where would you put it to make it look like a lab escape? You’d put it near the Wuhan lab or near the North Carolina lab or near the Galveston lab. These are all BSL-4 labs that specifically work on coronaviruses. So, I don’t know whether it was deliberately spread. When you look at the way countries responded to COVID in lockstep, with somewhat nonsensical approaches like the suppression of hydroxychloroquine and ivermectin, it appears that there was pre-planning.

On original antigenic sin and boosters

Original antigenic sin is a sexy term that everyone can remember. And what it refers to is the fact that in certain circumstances, when a person is first exposed to an antigen, to something your body is going to produce an immune response against, it imprints on that original exposure, whether it be to a vaccine or to a virus or bacterium. And [with] any further, later exposures to viruses or vaccines or bacteria that are related but similar, the response will not be as effective to them because it will be focused on responding to the original pathogen or the original vaccine. So that’s what that means. And I think it is true that that is happening.

So, for example, the new bivalent booster, which has an Omicron spike in it as well as the original Wuhan strain spike, is not generating antibodies at higher levels than if you had just given the old Wuhan spike, even though it supposedly is showing you a much more well-developed later variant that theoretically should give you better protection against the COVID viruses in circulation at the moment. But in fact, it doesn’t seem to be giving you better protection. So why is that? We call it original antigenic sin. But there are a lot of other things that may be going on in the immune system that don’t fall under that category but are also not good. So, the more boosters you give, the shorter the response.