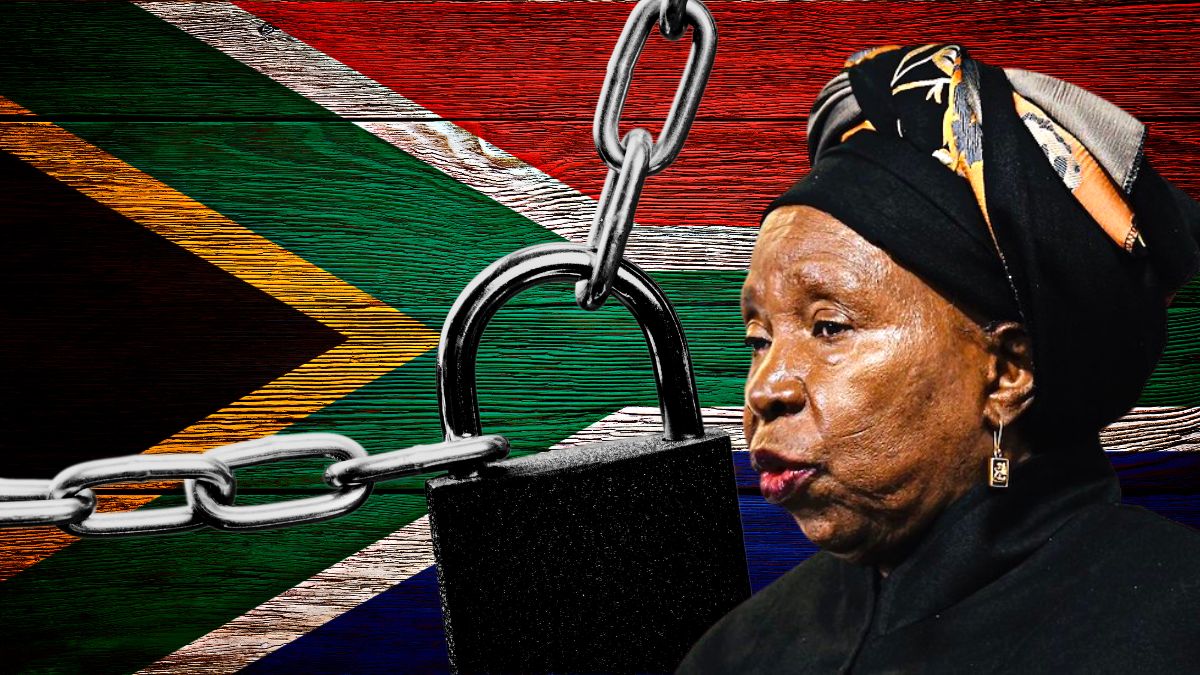 Public interest business organisation Sakeliga deserves a huge amount of credit. Not only did the group take the initiative to request records, reasons, deliberations and documentation on which South Africa’s Minister of Cooperative Governance and Traditional Affairs Nkosazana Dlamini-Zuma relied when she made decisions and regulations regarding national lockdown regulations, but it managed to weather the government’s abuse of court processes in its attempt to delay the case. While it’s almost certain that Dlamini-Zuma’s legal team will find new ways to exploit legal loopholes to defer disclosing the requested information, it would be fascinating to find out what reasons she could possibly have relied on for ridiculous restrictions such as the “no open toe” shoes policy. This article first appeared on The Exposé – Nadya Swart

A South African court is seeking records relating to the decision-making behind the Government’s Covid lockdown policies.  This is the latest in a two-year legal battle by a South African business group to obtain these records.

On 15 December 2020, South African business group Sakeliga requested records, reasons, deliberations and documentation on which South Africa’s Minister of Cooperative Governance and Traditional Affairs relied when she made decisions and regulations regarding national lockdown regulations. Sakeliga wanted to disclose and analyse these records so that they can, if necessary, be used in the public debate and possibly legal action to limit the damage of lockdown decisions.

Sakeliga had requested the information under the Promotion of Access to Information Act (“PAIA”). The Minister indicated a blanket refusal to provide any records, allegedly because all the requested records are indiscriminately covered by cabinet privilege. So on 5 August 2021, Sakeliga launched a court case to compel the Minister to disclose these records.

From as early as December 2021, Sakeliga reported the Minister’s persistent delay tactics to withhold lockdown records. In January 2022, further delays were incurred due to the abuse of court rules by the Minister’s legal team.

Three weeks ago, Sakeliga obtained a court order against the Minister and she has no other legal choice but to deliver the records requested by Sakeliga back in 2020.

For the first time since the declaration of South Africa’s national state of disaster for Covid-19 in March 2020, the veil of secrecy over the Government’s decision-making processes regarding Covid disaster management regulations will be lifted.

This is owing to a court victory after a two-year litigation battle that South African business organisation, Sakeliga (“business league”), achieved this month against Minister of Cooperative Governance and Traditional Affairs, Dr Nkosazana Dlamini-Zuma.

The Minister now has no other legal choice but to deliver a variety of records, reasons, reports, findings, deliberations, communications, memoranda and/or further documentation relied upon when she repeatedly exercised far-reaching powers under the Disaster Management Act to keep the country in the grip of erratic lockdown measures, including the numerous extensions to the State of Disaster. These lockdowns and other measures did unprecedented harm to the country’s economic and social activity.

The public will now be able to see for themselves for what apparent reasons Dlamini-Zuma and her department imposed police-state conditions on the public to ensure people stayed in their homes, schools and universities remained closed, churches could not congregate, and businesses remained shut. As information about the damage caused by Covid restrictions globally emerges over time, Sakeliga has expressed the hope that members of the public will use records produced in their court victory as an impetus and grounding to hold the South African government to account for harmful decisions of the past and to prevent such egregious abuses of power re-occurring in the future.

It is of course possible that Dlamini-Zuma will claim that, in large part, the records to be provided in terms of the court order do not exist. Such a reaction would confirm suspicions that improper and arbitrary decision-making processes were followed in making Covid regulations. Even more so, in that case, it would mean that the government must and can now be called to account for gravely irresponsible actions.

Sakeliga’s legal battle was beset by the government’s abuse of court rules and delaying tactics, such as filing irregular notices of complaint and later withdrawing them. Despite the government’s efforts to delay and derail the case to keep it out of court, Sakeliga followed through with the process. Ultimately, the Minister did not bring herself to oppose the main application, and default judgement was taken on 9 November.

Sakeliga is still engaged in two other cases that seek to prevent future abuses of power in relation to communicable diseases:

As regards the recently won case, Sakeliga will consider proceeding with an application to hold Dlamini-Zuma guilty of contempt of court if she fails to produce the relevant records by 9 December.