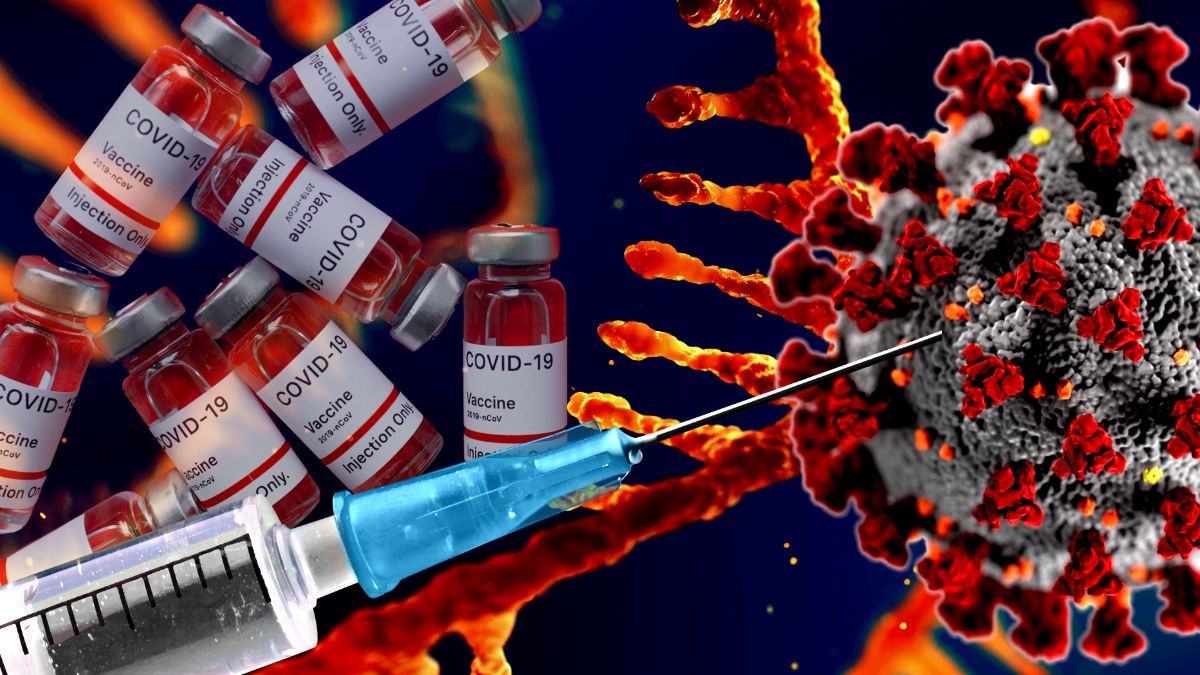 In late 2020, news broke of Pfizer and Moderna’s development of novel mRNA COVID-19 vaccines which purportedly showed very positive late-stage trial results, a claim which never stood a chance against the revelatory prowess of hindsight and increasingly continues to self-destruct. However, given the almost palpable desperation and fear which had permeated global populations by then, this unprecedented feat of developing new vaccines in record time virtually levitated the two pharmaceutical footmen beyond their marred reputations to become Big Pharma’s loudest and proudest ambassadorial apostles. So fierce was the yearning to regain the autonomy and human connection that had been ‘lost’, even the most naturally inclined sceptics chose to discard their doubt and replace it with gratitude for these mRNA vaccines that promised to bring an end to the collective nightmare that was 2020. Little did we know that 2020’s departure from reality and reason was the beginning of a one way trip to dystopia. In 2017, Bill Gates enthusiastically promoted mRNA vaccines at Davos – an inherently suspicious act considering the absence of an infectious disease or health threat at the time. This article details how mRNA vaccine development preceded the arrival of COVID-19 and how COVID was precisely the opportunity required to implement this Manhattan Project for Biodefense. This article first appeared on Brownstone Institute. – Nadya Swart

A Manhattan Project for the biomedical security state: Part 1

When Dominic Cummings testified before Parliament in May 2021 and he was asked about the UK Covid Vaccine taskforce, he said: ‘What Bill Gates and people like that said to me and others at No 10 was, “You need to think of this much more like some of the classic programmes of the past – the Manhattan Project in World War Two or the Apollo programme – and build it all in parallel. In normal Government accounting terms, that is completely crazy, because if nothing works out you have spent literally billions building all these things up, and the end result is nothing – you get zero for it, it’s all waste.’

Gates is the promoter, facilitator and profiteer-in-chief of the great vaccine Manhattan Project but he certainly isn’t the originator of it. The call for a biosecurity Manhattan Project dates back to the George W Bush administration.

On July 11, 2019, a think tank called the Biodefense Commission held a panel discussion entitled A Manhattan Project for Biodefense: Taking Biological Threats off the Table. The objective was to ‘create a national, public-private research and development undertaking to defend the United States against biological threats.’

Dr Robert Kadlec, the Assistant Secretary for Preparedness and Response (ASPR) in the US Department of Health and Human Services (HSS) was a panellist. During the discussion Kadlec said, ‘It’s time to say “Go big, or go home” on this issue.’ Covid-19 gave him just the opportunity to implement this Manhattan Project as it appears to have been intended.

Kadlec founded the Biodefense Commission in 2014 when he was a consultant to one of its donors, the vaccine manufacturer Emergent Biosolutions. The Hudson Institute, a think tank co-founded by Herman Kahn of the Rand Corporation, the pioneer of war gaming who was satirised as Dr Strangelove in Stanley Kubrick’s film of the same name, is the Commission’s fiscal sponsor.

On Wednesday December 4, 2019, the House Committee on Energy and Commerce held its annual hearing on US public health preparedness and response for seasonal and pandemic influenza. Testifying before it were Dr Anthony Fauci of the National Institute of Allergy and Infectious Diseases, Dr Nancy Messonnier from the Centers for Disease Control and Prevention (CDC), and Dr Peter Marks from the Food and Drug Administration (FDA) and Kadlec.

Seventy-six days earlier, on September 19, 2019, an Executive Order on Modernising Influenza Vaccines in the United States to Promote National Security and Public Health had been signed by President Trump, directing the National Institutes of Health (NIH), the Biomedical Advanced Research and Development Authority (BARDA), the CDC and the FDA to ‘accelerate the adoption of improved influenza vaccine technologies.’ The Departments of Health and Human Services and the Department of Defense were to propose a plan and a budget for this effort within 120 days, in other words, before January 17, 2020.

The White House said: ‘Unfortunately, many of the vaccines we use today are produced overseas, using time-consuming, egg-based technology, which limits their effectiveness and makes production too slow to effectively combat a potential deadly influenza pandemic.’

Fauci may be the best known of the four witnesses but Kadlec is by far the most consequential. Kadlec, a retired US Air Force Colonel, and former Director of Biosecurity Policy in the George W Bush Administration, is the principal architect of 21st century US biosecurity policy. He said in his testimony: ‘ASPR’s mission is to save lives and protect Americans from 21st century health security threats.’

As a member of Bush’s Homeland Security Council he drafted the 2004 National Biodefense Policy for the 21st century. He was the instigator behind the 2004 Project Bioshield Act that created a strategic national stockpile of anthrax and smallpox vaccines (manufactured by his Biodefense Commission’s funders). In 2005, as staff director to Senator Richard Burr’s Subcommittee on Bioterrorism, he drafted the 2006 Pandemics and All-Hazards Preparedness Act (PAHPA, pronounced ‘Papa’).

This act created the Biomedical Advanced Research and Development Authority (BARDA) and the Assistant Secretary of Preparedness and Response (ASPR) position. The ASPR controls the national stockpile of smallpox and anthrax vaccines and other public health emergency medical equipment such as ventilators. During emergencies this Assistant Secretary has expansive powers enabling him or her to act as the single point of control co-ordinating national response. Kadlec was confirmed as ASPR in August 2017 after being recommended to President Trump by Senator Burr.

At the December 4, 2019 meeting of the House Committee on Energy and Commerce, Kadlec was asked what his department was doing to enhance American manufacturing capacity. He said: ‘On the issue of vaccines alone, I think the key thing is, I can’t go into the particulars but we’re going to have an announcement here shortly that will indicate some investments domestically to expand some of our newer technologies for vaccine manufacturing and I think the key thing there is, we are actively pursuing this in accordance with the executive order.’

Fauci testified that pursuant to Trump’s Executive Order his agency, the National Institute for Allergy and Infectious Disease (NIAID), was conducting and supporting research into new platform technologies including mRNA. Fauci said: ‘State-of-the-art technologies could be used to develop universal influenza vaccines as well as improve the speed and agility of influenza vaccine manufacturing.’

When Kadlec was asked what the benefits were to the American people of investing in platform technologies such as mRNA he said: ‘The availability of such platform-based approaches would transform national preparedness against currently known threats as well as newly emerging threats in the future.’ Citing the ASPR/BARDA funded development of a Zika vaccine made using mRNA technology he went on: “This technology has promise as a rapid platform for a number of infectious diseases, including influenza and novel diseases that may emerge in the future.”

The Zika vaccine he referred to was being developed by Moderna, the US-based mRNA gene-therapy biotech. It didn’t have an influenza vaccine in development but it was actively working with Fauci’s NIAID to develop a ‘jointly owned coronavirus vaccine’. A prototype of this vaccine was sent to Dr Ralph Baric, the leading coronavirus expert who has worked collaboratively with Dr Shi Zhenghli of the Wuhan Institute of Virology, for animal testing on December 17, 2019.

Moderna’s European rival BioNTech announced in August 2018 that it was in collaboration with Pfizer to develop an mRNA flu vaccine. It was aiming to move this from the preclinical stage to Phase 1 trials by the end of 2020. Professor Dr Ugur Sahin, co-founder and CEO of BioNTech said: ‘A significant presence in infectious disease supports our goal of building a global immunotherapy company that provides more effective and precise immune-mediated approaches for the prevention and treatment of serious illnesses, such as the prevention of flu and the treatment of cancer.’

BioNTech diversified from developing cancer therapies – none of which was successfully licensed – into vaccines after a provision in a 2009 EU directive intended to enable genetic engineered viruses to be used in vaccines was identified in 2016 and interpreted by them and others as a regulatory loophole enabling gene therapies directed at infectious diseases to circumvent the more stringent and onerous Advance Medicines Clinical Trials protocols. In 2020, this flu vaccine research was pivoted to Covid vaccine research.

Using this regulatory backdoor, both the UK Medicines and Healthcare Regulatory Agency (MHRA) and the European Medicines Agency (EMA) evaluated BioNTech’s mRNA Covid gene therapies as run-of-the-mill vaccines. The mRNA gene therapies contain no viruses; instead they genetically modify the recipient, reprogramming their cells to produce a protein from the virus that will stimulate their immune system to create a response against the virus, meaning the EU directive should not have been applicable.

During the launch of Coalition for Epidemic Preparedness Innovations (CEPI) at Davos in January 2017, Gates enthusiastically promoted mRNA vaccines. ‘Now there’s a new class of vaccine, DNA/RNA vaccine that we hope we can just change a small part of, and so the manufacturing facility would already be there, the trials you would go through would be very quick. You would understand what end point, what correlate you want and so in an emergency, the regulators would understand what sort of protocol we’re going to use,’ said Gates.

‘With Ebola we had a scientific challenge that these platforms weren’t ready, we didn’t understand which country, what type of indemnity, and so there was a lot of fumbling around. It’s only by fixing those regulatory uncertainties and using these new platforms that we have a chance of getting that time to be less than a year.’

Gates’s foundation took an equity stake in BioNTech ahead of its October 2019 US stock market launch. When he was asked in 2017 about the danger of these platform vaccines making people less well, he said: ‘You are right that the safety threshold is really, really extremely high because we have to maintain the reputations of all the vaccines, convince parents in all these countries that these shots are really there to help your child out. Anything that you do to healthy people is going to have a tougher standard than, say, a new cancer drug, where if you don’t have the new drug, the outcome is going to be quite negative.’

This tougher standard was soon forgotten. The Pfizer/BioNTech product was pushed into use by the UK Medicines and Healthcare Regulatory Authority (MHRA) on December 2, 2020 using a ‘compassionate use’ mechanism called a Temporary Use Authorisation to bypass the European regulator during the last month that the UK was under European Union law. MHRA reviewed only a few hundred pages of summary data, not the full dossier.

The FDA has a pathway for accelerated approval of ‘vaccines licensed in other countries with competent regulatory authorities.’ p21 Emergency Use Authorisation of the Pfizer/BioNTech vaccine as provided for under the 2004 Project Bioshield Act quickly followed in the US on December 11, 2020 and the European Medicines Authority (EMA) fell into line on December 21. Kadlec’s long-desired Manhattan Project was now detonating.