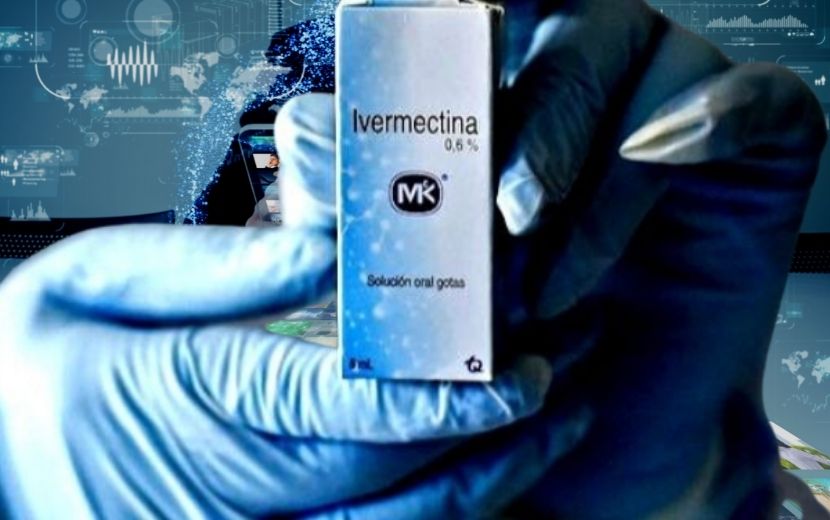 Ivermectin and its use as a treatment for COVID-19 was catapulted to centre stage when the pandemic erased all rhyme and reason in 2020. However, even as the totality of evidence demonstrated Ivermectin’s efficacy, mainstream media and governments across the world dismissed its use based on the absence of randomised control trials. Further to that, virtually anything related to Ivermectin that made mainstream media was negative coverage of a drug that could’ve saved countless lives. Now, at last, a large randomised control study on Ivermectin efficacy for preventing and treating COVID-19 has been released, as discussed in this article by Professor Colleen Aldous, one of the drug’s fiercest advocates. Aldous, a geneticist and clinical researcher at the  University of KwaZulu-Natal, raises some critical questions that we ignore at our peril. – Nadya Swart

Another large randomised control study on ivermectin efficacy for preventing and treating COVID-19 has been released to the public ahead of publication in an academic journal. But unlike negative results trials, there has not been a big international splash across the mainstream media coordinated by a large publicity agency such as Bell Pottinger. Why? Because the results are undeniably positive, showing the efficacy of ivermectin in reducing infection after exposure by 72%, documented in a press release on Jan 5 2023(1).

This is the best quality RCT we have yet seen published on ivermectin. It is called the SAIVE Trial (NCT 05305560)(2) and is part of MedinCell’s research supporting their development of a novel slow-release form of ivermectin. Although sparse results have been released so far, the quality of the study is apparent. A total of 399 unvaccinated participants completed the study as per the protocol. The number intended for treatment is not available yet, but I anticipate that the only difference would be that the ITT number for the control group may have been 200. Those participants who received daily oral ivermectin showed a 72% reduction in COVID-19 infection compared to the control group.

The study was carried out in Bulgaria between March and November last year when we saw a global reduction of SARS-COV2 infections and a decrease in the severity of COVID-19. Vaccination could have been a confounding factor in the results, but the inclusion criterion of being unvaccinated accounted for that. It was a multi-centre study, which shows replicability to some degree, a central tenet of good science. It was a parallel-group, double-blinded, randomised and placebo-controlled study. There is little that can be done to improve the rigour of this study design. It was also overseen by a U.S.-based independent Data Monitoring Committee to ensure compliance and provide further quality assurance. Participants were included in the study within five days after close exposure to somebody with a confirmed infection. This ensured very early treatment that some could consider prophylactic. The dosages were more than adequate, with daily doses of ivermectin taken orally at 200 microgram/kg on Day 1, followed by 100 microgram/kg daily from Day 2 to Day 28. This long-term daily dose design was likely to reflect future trials of MedinCell’s planned slow-release ivermectin injectable.

Of the 200 participants who received ivermectin, 30 showed laboratory-confirmed infections between Days 1 and 28 of the study. Of the 199 participants who received the placebo, 105 showed infections in the same period. For those who like Fisher’s p-value, this renders a p < 0,0001. There were no unexpected side effects, and safety and tolerability were once again demonstrated. Mortality data is not available, but this study occurred during the omicron infection period, where mortality was markedly reduced compared to the prior strains. MedinCell has undertaken to publish its results in a scientific journal in future. I am keen to see the details of when PCR tests in the patients across both groups came back as positive, how long before they were negative, symptom onset and symptom severity comparisons between the groups.

Looking at the history of research into ivermectin as a treatment for COVID-19, I can identify a few, amongst many, critical papers along with this latest research, where science has shown us a tool that could have saved millions of lives. To put it into a bullet story:

Why are the SAIVE study findings not heralded with the same media-trumpeted fanfare? All the previous RCTs that showed negative results for ivermectin were “celebrated” quickly and globally in the mainstream media, particularly those aligned with the Trusted News Initiative. The TOGETHER Trial results for ivermectin were released weeks ahead of the published paper in the New York Times and other international media. Many lauded it as the final coup de gras for ivermectin. But we are not horses or cows, nor are many of us who keep questioning and looking at the evidence scientifically, sheep. There are some other questions I would like answered, such as:

Who employs multinational public relations, reputation management and marketing companies to put out the anti-ivermectin propaganda? Remember the FDA’s widely reported “You are not a horse. You are not a cow. Seriously, y’all. Stop it.” A slogan that became as well-known globally as the “It’s not inside, it’s on top” slogan in South Africa. The problem is that those in the know who are aware that ivermectin won its developers a Nobel Award for its human use could see through this propaganda immediately. Still, the general public is led to respect the utterings of authorities such as the FDA in the States, SAHPRA in South Africa and indeed the World Health Organisation (WHO) globally, and are taken in by this kind of mis- / dis-information.

Who controls what information is published in mainstream media and academic journals? The poor ivermectin studies, which showed an apparent ineffectiveness of ivermectin to treat COVID-19 received significant media airplay. But the studies that showed the positive results were not treated equally. In October 2022, we looked at all the published data on ivermectin and COVID-19 that we could find in PubMed. At that point, the totality of evidence leaned towards showing evidence for efficacy, with more studies showing efficacy or potential efficacy than those showing a lack of efficacy. The science is therefore being misrepresented in the mainstream media in favour of a skewed focus on the negative and gaslighting those studies showing efficacy. The TOGETHER Trial for ivermectin has several flaws, which many scientists across the globe responded to by writing letters to the editor of the New England Journal of Medicine (NEJM), but not one was published. In fact, they were returned stating that the journal had limited space etc., and one person on the editorial team went as far as publicly stating that no letters of concern about the trial were received! Trying to get anything positive about ivermectin published anywhere has become nearly impossible.

Why do so many people still follow the predominant and distorted narrative that ivermectin has no place in COVID-19 treatment in the face of all the evidence that it works? Some colleagues whom I respect still try and point out to me that my defence of ivermectin as a COVID-19 treatment is misplaced. I cannot determine why they cannot accept that science would involve looking at the totality of the evidence. Why do they dismiss all evidence that is not an RCT? Now, at last, there is an RCT that is appropriately designed that shows efficacy. Let’s see how many can change their thinking and understand that evidence-based medicine involves more research than RCTs. That laboratory studies can be used to explain clinical findings. That observational studies can provide good honest results that can be backed up by RCTs but are the first research to appear in a pandemic. While scientific scepticism is essential, adversarial dismissiveness has proven to be harmful.

Two years ago, in a radio interview, I (the first author) calculated that over 350 people who were healthy at the time of the discussion would have died of COVID-19 by the end of January, using old statistics from before the delta wave hit its zenith. That was about two weeks, and I made a plea to allow the use of ivermectin, knowing its safety record, at least by making a TYPE I error decision. In late 2020, the anti-ivermectin propaganda campaign began. I was powerless in my plea against all those with much more academic credibility than I have, who are so much better funded than me and against an industrial propaganda machine. Based on my statistics, fewer than 100 patients would have died if the MedinCell protocol or similar had been followed. But my stats were so very wrong. In those two weeks, thousands died in South Africa, well over 350 per day.

Hindsight is 20/20, but we need to make sure that when the next pandemic hits, we are not herded like gullible sheep over another precipice of higher mortality than there could and should be. Where will our humanitarian instincts be? Our moral courage and conscience? These virtues did not lie with our trusted advisors as we had all thought they should. Let’s get our act together before this happens again.

The authors are grateful for the proofreading and comments made by Dr Warren Parker on the draft of this article.

2 A Study to Evaluate the Efficacy and Safety of Ivermectin in COVID-19 Prevention (SAIVE). ClinicalTrials.gov Identifier: NCT05305560. [Available online]: https://clinicaltrials.gov/ct2/show/NCT05305560