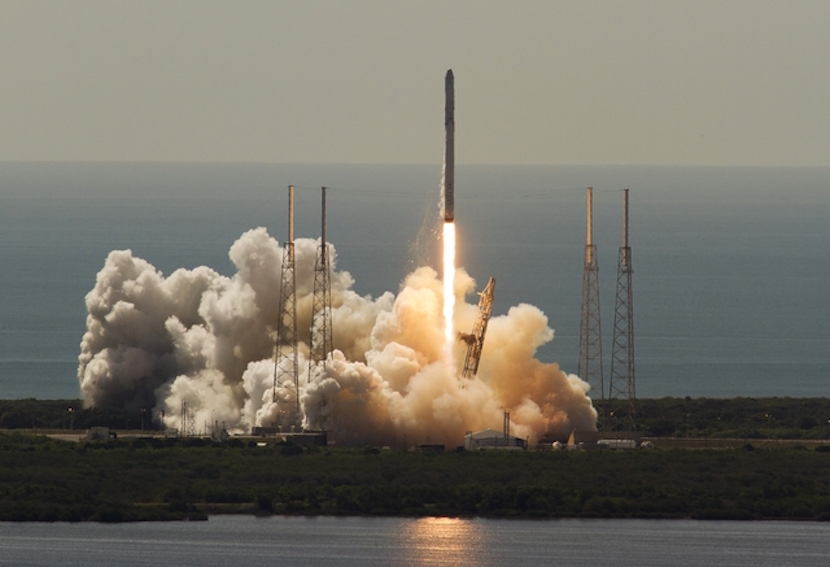 Investment icon Warren Buffett uses an ABC to describe the three great sins of business – Arrogance, Bureaucracy and Complacency. So when the obsessive billionaire Elon Musk refers to a major problem having been caused by “complacency” you can almost feel his anger. Musk spoke last night about the embarrassing explosion of a SpaceX rocket shortly after takeoff last month. SpaceX is disrupting its field of focus by transporting products outside of earth’s atmosphere at a fraction of the cost charged by its mainly State-owned competitors. Although not yet listed, the business was valued at $10bn for purposes of its most recent fund raising. South African born and raised Elon Musk’s ultimate dream is to help his species colonise Mars. So for the super entrepreneur, progress at SpaceX is far more important than a mere investment opportunity. – Alec Hogg

(Bloomberg) — Elon Musk said an initial investigation into the failure of SpaceX’s Falcon 9 rocket last month points to a two-foot-long, inch-think strut in a liquid oxygen tank that snapped. Musk, the company’s founder and chief executive officer, also said that SpaceX has become “a little bit complacent” as it has grown in size, since the vast majority of current employees have only known successful launches.

“The part that failed was from a supplier. It was not made at SpaceX,” said Musk, who declined to name the supplier. “The strut failed five times below its normal strength, which is crazy.”

SpaceX had about 500 people when it last experienced a failure, he said, referring to Falcon 1 rocket launches in 2008 and disregarding a test that resulted in an explosion over Texas in August. The Hawthorne, California-based company has grown to 4,000 employees.

“To some degree the company became a little bit complacent in the course of 20 successes in a row,” said Musk. “This is certainly an important lesson and something we will take with us into the future.”

Musk said he regularly encourages SpaceX employees to be vigilant against any possible flaws but that over time some may have come to think he was being unnecessarily “paranoid,” he said.

“It’s just the fundamental nature of rocketry: A passing grade is 100 percent every time,” said Musk. “It’s not possible to issue a recall or a patch. From the moment of liftoff its 100 percent or nothing.”

Marco Caceres, director of space studies for Teal Group, said that one of the keys to SpaceX’s achievements has been the fact that its main systems, including the rocket’s engines, are made in-house.

“There is not a fundamental flaw in the design of the rocket itself. A strut is a specific part,” said Caceres in an interview Monday. “Going forward, they will be much more careful abut testing everything that goes on the vehicle. One of the biggest threats to SpaceX is their own success: You can become so successful that you start taking things for granted.”

SpaceX’s Falcon 9 rocket, topped with a Dragon cargo spacecraft with supplies for the International Space Station, broke apart two minutes and 19 seconds into the June 28 mission from Cape Canaveral, Florida. It was the third fiery demise of a vehicle ferrying supplies to the orbiting lab since October.

SpaceX has been reviewing flight data with the Federal Aviation Administration, NASA and the U.S. Air Force and is continuing to search the ocean for debris, Musk said.

“Dragon hit the water quite hard,” he said. “It’s at the bottom of the ocean, and we are trying to retrieve it.”

Musk, 44, founded SpaceX in 2002 with the ultimate goal of enabling people to live on Mars. In May, SpaceX was certified by the Air Force to compete for military launches with United Launch Alliance LLC, a joint venture of Boeing Co. and Lockheed Martin Corp.

The Falcon 9 mishap is likely to reshuffle SpaceX’s launch schedule. A Jason-3 satellite launch for the National Oceanic and Atmospheric Administration, originally planned for next month from Vandenberg Air Force Base in California, has yet to be rescheduled.