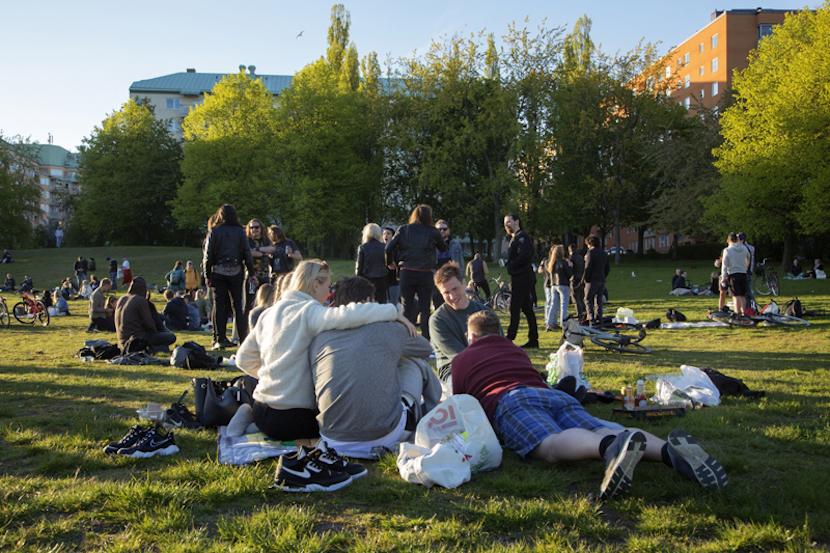 Just as it looked as if Sweden may have been one of the only countries to have read the signs right to combat the model SARS-CoV-2 virus and keep its economy going, the virus threw it for a curve ball with the highest price – a huge loss of human lives. And that the looser plan supported the economy is also in doubt as Finance Minister Magdalena Andersson warned that the country is facing its worst economic crisis since World War II with GDP set to slump 7% in 2020, roughly as much as the rest of the EU. While South Africa prioritised saving lives with one of the strictest lockdowns in the world, it now seems the Scandinavian country may have thrown caution to the wind too quickly. An admission from the brains behind the strategy may also be enough to silence some of President Cyril Ramaphosa’s harshest critics who called for a laxer strategy much like Sweden’s. – Editor

Man behind Sweden’s virus strategy says he got things wrong

(Bloomberg) – Sweden’s top epidemiologist has admitted his strategy to fight Covid-19 resulted in too many deaths, after persuading his country to avoid a strict lockdown.

“If we were to encounter the same illness with the same knowledge that we have today, I think our response would land somewhere in between what Sweden did and what the rest of the world has done,” Anders Tegnell said in an interview with Swedish Radio.

Tegnell is the brains behind Sweden’s controversial approach to fighting the virus, and the government of Stefan Lofven has deferred to the epidemiologist in its official response to the pandemic. Gatherings of more than 50 people continue to be banned, but throughout the crisis Swedes have been able to visit restaurants, go shopping, attend gyms and send children under 16 to school.

The laxer approach to containing the virus has drawn both praise and indignation from across the globe. What is beyond debate, however, is the effect the strategy has had on the country’s death toll.

At 43 deaths per 100,000, Sweden’s death rate is among the highest globally and far exceeds that of neighboring Denmark and Norway, which imposed much tougher lockdowns at the outset of the pandemic.

Now, Tegnell has for the first time admitted publicly that the strategy is resulting in too many deaths.

“Clearly, there is potential for improvement in what we have done in Sweden,” he said.

Until now, Tegnell had argued that the long-term nature of the Covid-19 pandemic required a more sustainable response than severe and sudden lockdowns. Despite criticism from abroad, Tegnell’s strategy enjoyed widespread support in Sweden.

But with many other European Union countries now rolling back their lockdowns after appearing to bring Covid-19 under control, there are signs that Sweden may be left behind. That includes the freedom of movement of its citizens, as some EU countries restrict access to people coming from what are deemed high-risk Covid zones.

What’s more, there’s so far limited evidence that Sweden’s decision to leave much of its society open will support the economy. Finance Minister Magdalena Andersson recently warned that Sweden is facing its worst economic crisis since World War II, with GDP set to slump 7% in 2020, roughly as much as the rest of the EU.

Sweden’s minimalist strategy to the COVID-19 pandemic continues to take a heavy toll. They are leading the world over the last seven days in confirmed deaths per capita. pic.twitter.com/C00Au8cJfM

The government has started to grow concerned at the apparent missteps taken to fight the spread of the virus in Sweden. On Monday, Lofven promised there’d be an inquiry into the handling of the crisis before the summer.

Some lawmakers in Sweden’s parliament were quick to weigh in. Jimmie Akesson, the leader of the anti-immigration Sweden Democrats, tweeted that the comments by Tegnell are “astonishing.”

“For months, critics have been consistently dismissed. Sweden has done everything right, the rest of the world has done it wrong. And now, suddenly, this,” Akesson said.

Tegnell has since made a U-turn saying there’s no need to change course, despite admitting that a different response earlier on might have saved lives.

His admission prompted members of Sweden’s government to speak out, with the health minister, Lena Hallengren, demanding clarity. Tegnell “still can’t give an exact answer on what other measures should have been taken,” she told local media.

Prime Minister Lofven has promised an inquiry into Sweden’s response to Covid-19.

But in an interview in Stockholm on Wednesday, Tegnell said he has no regrets, and is “still confident” that Sweden’s strategy “is working, in broad terms. But like any strategy, it needs to be adapted all the time.”

Crucial to the success of Sweden’s approach is its universal health-care system, Tegnell said. “It makes a huge difference.”

Despite Sweden’s high mortality rate, its hospitals have at no point been overwhelmed, and a field hospital erected at a convention center in the capital has gone unused.

Ultimately, handling a crisis like Covid-19 requires regular adjustment if a country is to succeed in fighting it back, Tegnell said.

“There are always improvements that can be made,” he said. “Anybody who has been working with Covid-19 would say the same thing. Because if you don’t improve with what you learn, you will never improve.”

“We could have been better at protecting our care facilities. We could probably have tested a bit more than we did in the very beginning,” Tegnell said.

More controversially, he rejects face masks as a useful protection against the virus. The evidence on face masks is “extremely vague,” he said.