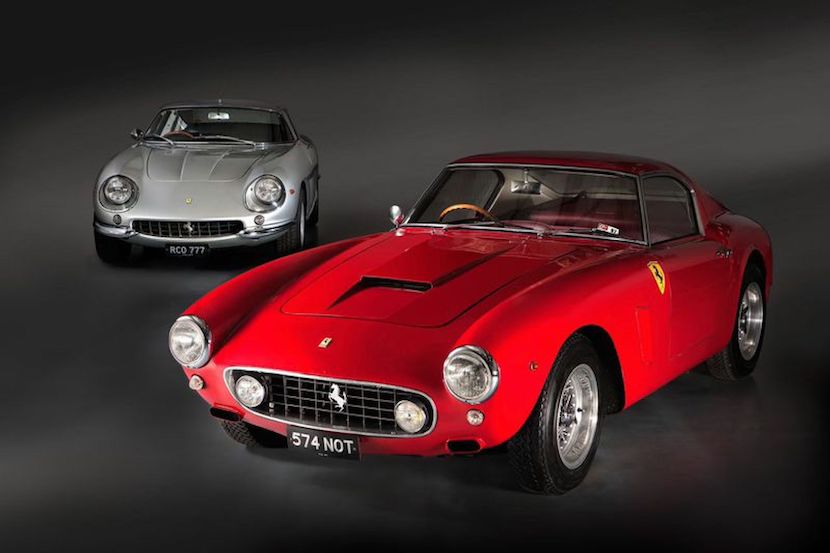 In Episode 41 of his new book Life in a Time of Plague, author Julian Roup looks back at a life before Covid-19.

I wake to a beautiful morning after a bitterly cold night that plunged us to below zero. The frost-silvered roof of the stables and the whitened lawn are a fast melting memory of just how quickly the temperatures can drop here, even in May.

There is ice on the horse’s water buckets and I think how lucky that the man lost on Ashdown Forest is home safe; he would not have done well out for two nights in cold like this. It has been the coldest night in Northern Ireland since 1982 at minus five. But the weather forecast for today in Sussex is good, with rising warmth and the promise of a warm weekend ahead. There is much to be grateful for. I have four days to go to my 70th birthday and I feel well. It will be no small victory to reach it. The trick will be to keep going, to find a way of getting back out there without risking everything.

The news from far off New Zealand is good; they have lifted the lockdown and barbers report queues for haircuts round the block. Their brilliant Prime Minister, Jacinda Ardern, gets plaudits for the leadership of her country of five million people who’ve lost just 21 citizens from Covid-19. It may be the country of ‘the long white cloud’, but there is just a small shadow over the island nation today. So different from our own island nation, struggling to find a way of getting back to work and life safely.

By happy coincidence I receive a buoyant email from a friend in New Zealand, Drew, a builder by trade, who writes that he and his family are well and that he has managed to keep working throughout the lockdown, fixing up an empty farmhouse for a customer. For years, Drew and his wife Estelle and their children lived here in Crowborough, and he was our ‘go-to-guy’ when anything went wrong with the cottage. He is one of those wonderful people who can fix anything, do anything. And the cottage still wears the paint he put on it, the plumbing he fixed and a myriad of carpentry jobs.

His mail is the first to bring birthday wishes for me, and I am moved by his remembering. He writes: “All safe and sound down under. Into level two of Covid-19 and the town went mad. Everyone and their dogs came out to play. Shops busy and roads full of cars.” He sends news of his family and asks after ours. He is a good man.

By a strange co-incidence, I received another email from New Zealand earlier this week, from a man seeking a Spitfire engine. He read a story of mine for H&H Classics, which sold one of the legendary aircraft engines recently, and he asks if I might help him to source another. I put him in touch with Damian, Head of Sales at H&H Classics, who will be just the man to help him find one. Damian has an encyclopaedic knowledge of the classic car world, which touches on classic boats and planes too. His network is astonishing.

I have been fortunate to have had contact with the endlessly fascinating classic car world since 1987 when I began consulting for Robert Brooks at Christie’s Classic Car Department. When interviewing me for the job, he asked how much I knew about classic cars. I paused for a moment thinking, should I tell him the truth or try to pretend that I did know something about cars. Wisely I opted for honesty and admitted that I was a horseman first and last and that I knew nothing about cars. His face fell and I can remember his answer to this day. In a rather frustrated voice that I grew to know so well, he said: “Well that is a great start! Can you tell a story?” It was the beginning of a relationship that lasted for 28 years, only ending in 2015 when he decided to sell Bonhams, the international fine art auction house he expanded hugely and for whom I worked as Director of Press and Marketing for many years. I bear the scars and recall the bouquets to this day.

The first car whose sale I promoted and which still sticks in my mind was the Kellner-bodied, ex-Briggs Cunningham, Bugatti Royale, one of just six in the world, which was sold at the Royal Albert Hall in London after a photo shoot at Pebble Beach in California. This monster car, the length of a London bus, with a dancing elephant on its six-foot-tall bonnet, nearly got stuck in the service entrance to this prestigious sale venue in London, and Jamie Knight, another stalwart of the classic car world and an all round good egg, managed to jimmy the door lintel off to get the car in with a quarter of an inch of space on either side. It sold for £5.5 million, in one of the glitziest auctions of 1987. The buyer was a Swedish property tycoon named Hans Thulin, who had to sell the car later when his empire collapsed. On the night of the car auction in London I helped Nick Harley, Thulin’s agent, who had bid on his behalf, out of the Royal Albert Hall discreetly, so that he could get back to his hospital bed, as he had recently suffered a heart attack. How he survived the excitements of the auction remains a mystery to me.

More recently, on behalf of Simon Hope, the ebullient Chairman of H&H Classics, I was involved in the deeply satisfying sale of two Ferraris, owned by the late Richard Colton, a 1960 Ferrari 250 GT Short Wheel Base and a 1967 Ferrari 275 GTB/4. The cars were a legacy Richard gifted to the lifeboat service, the RNLI. Simon sold the cars for £10m, the single biggest bequest the RNLI has ever received. The money is being used to build lifeboats, the first of which, a Shannon class boat named the ‘Richard & Caroline Colton’, is now based just down the road from us in Hastings. By a happy coincidence, this boat in whose creation I played a small part, is more than likely to be the one to come to the aid of our son Dominic and his partner Stephanie and their cat Juno, aboard their sloop Jupiter, if they ever get into trouble off the Kent or Sussex coasts. God forbid! Strange old world, isn’t it? Shakespeare said: “The evil that men do lives after them; The good is oft interred with their bones.” But Richard and Caroline Colton’s generosity lives on after them, saving lives at sea.

So much for personal history. This country’s and the world’s history is being written in blood all around me, as I sit here typing. The BBC announces that the Coronavirus “may never go away“, according to a warning from the World Health Organization. Speaking at a briefing on Wednesday, WHO Emergencies Director, Dr Mike Ryan, warned against trying to predict when the virus would disappear. He added that even if a vaccine is found, controlling the virus will require a “massive effort”.

I can’t help but wonder if that massive effort will be forthcoming? There are signs that the line against Covid-19 is no longer holding. Young people feel that they are unlikely to die and are champing at the bit to escape lockdown, slipping away to meet friends and to party as the summer heats up. The police are beginning to struggle, trying to maintain order on the party front. A lassitude has overtaken many older people, ennui has set in as a result of lockdown, and the Covid-19 threat is losing its power to terrify.

It seems that a loss of 60,000 people out of a population of 70 million in the UK is not enough to engender terror or horror. Unlike the Black Death which at its worst affected virtually every household. The fact that Covid-19 will be around for a long time seems to pass people by. It does not take a genius to predict that when the brake on lockdown is totally removed, there will be an explosion of youthful high spirits, and the effect could have a deadly impact on the older generation. For a group that resented its elders for cutting them off from Europe by voting for Brexit, this may be a harsh revenge.

Almost 300,000 people worldwide are reported to have died from Coronavirus, and more than 4.3m cases recorded. The UN, meanwhile, warned that the pandemic was causing widespread distress and mental ill health – particularly in countries where there is a lack of investment in mental healthcare. The UN urged governments to make mental health considerations part of their overall response, as the pandemic has caused widespread psychological distress worldwide.

And amid all of this, ‘The Donald’ continues on his mad masquerade of pretend Presidency. He says he totally disagrees with top US medical advisor Dr Fauci over opening schools. Dr Fauci warned that rushing to reopen schools and the economy could set back the US recovery. One thing you can say about Donald is that he is consistent in his craziness. It does not come and go; it is ever present.

And now, a personal plea to the American people: please remove Trump from office in November, as it will greatly relieve psychological distress among your allies around the world. And then we can knock this other virus on its head too.