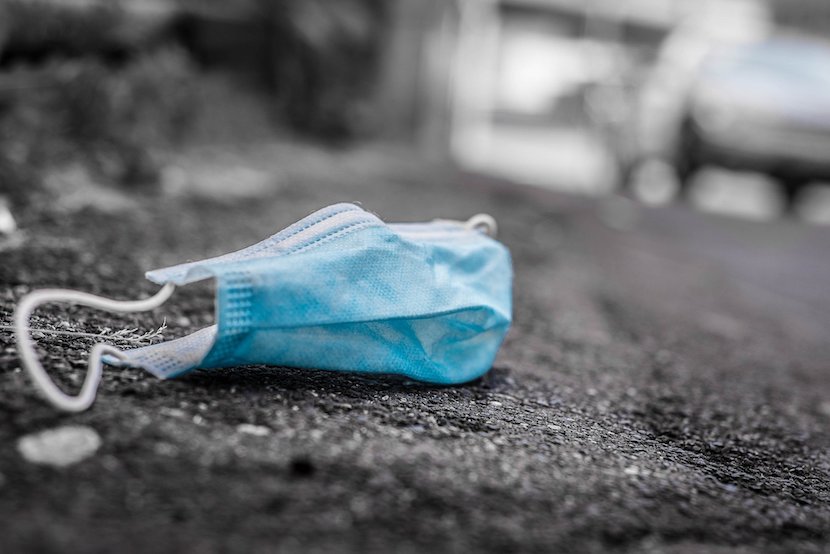 The raw information for this report is sourced from the Coronavirus Tracker on Worldometer. 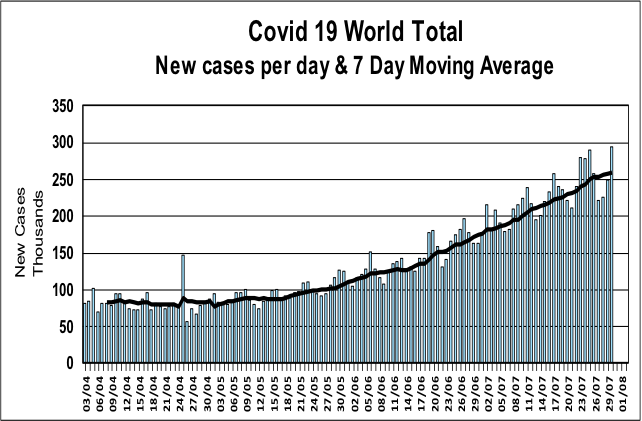 The peak is over in South Africa and case numbers should continue to decline now. 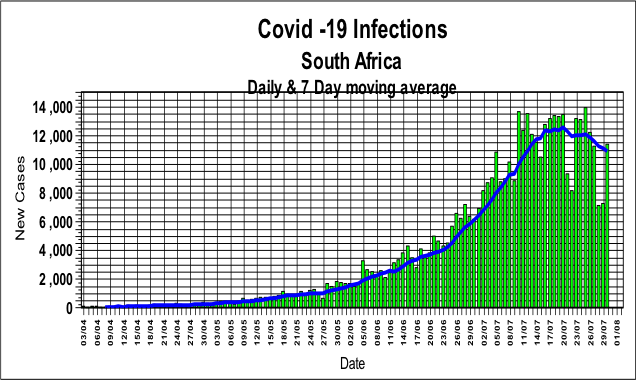 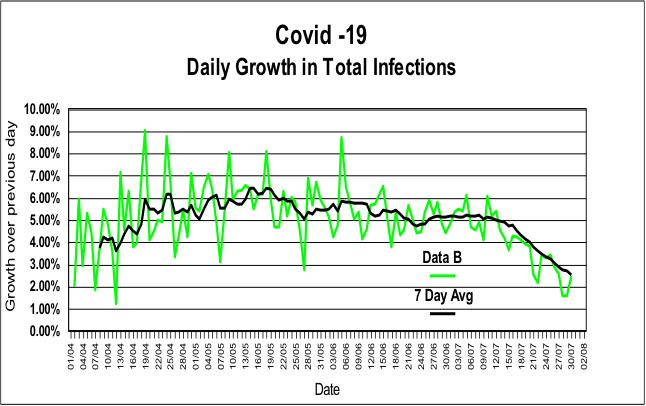 The DPA model anticipated the peak a week earlier and at 20% lower. 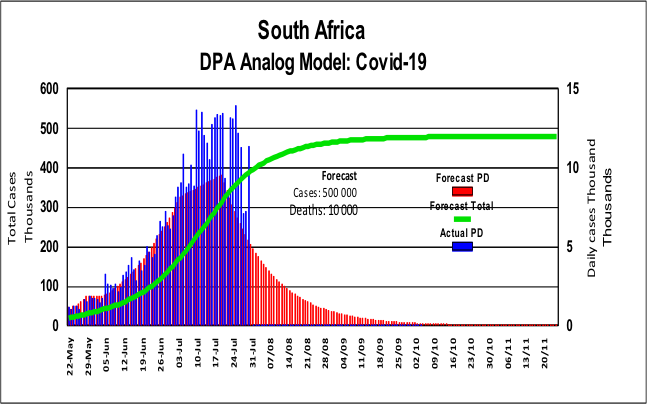 Actual total cases exceeded our forecast over the past 2 weeks. 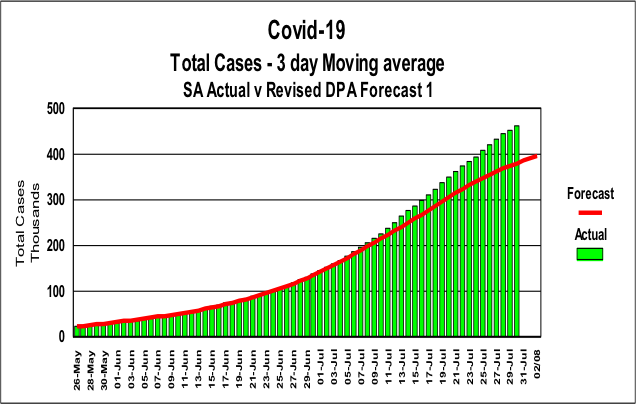 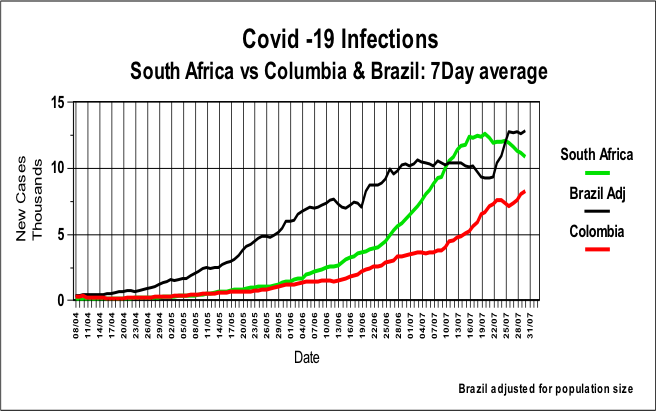 The Western Cape’s case load has levelled, and Gauteng now has the heaviest burden. 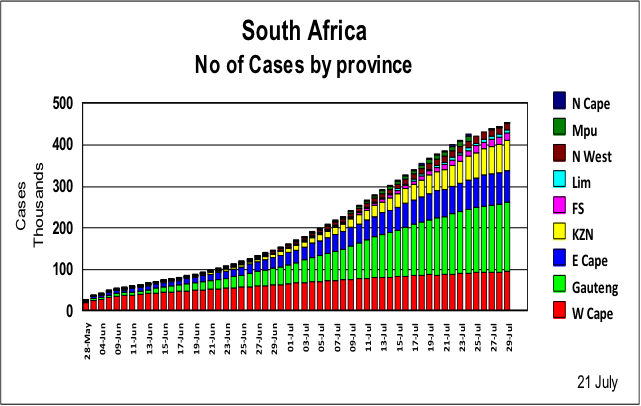 Gauteng has the bulk of cases, but so far the death rate has been lower than the Cape Provinces. 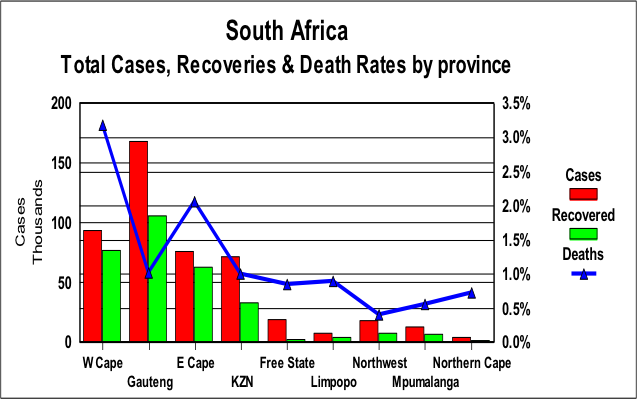 The Western Cape’s infection rate is high by world standards. 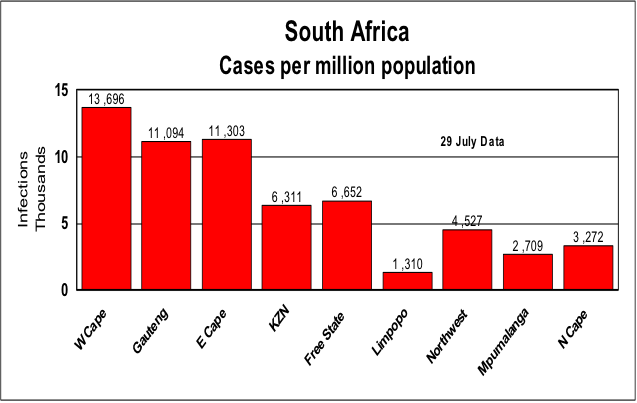 This chart shows the countries most affected by the virus, with some having rates over 20 000/million. 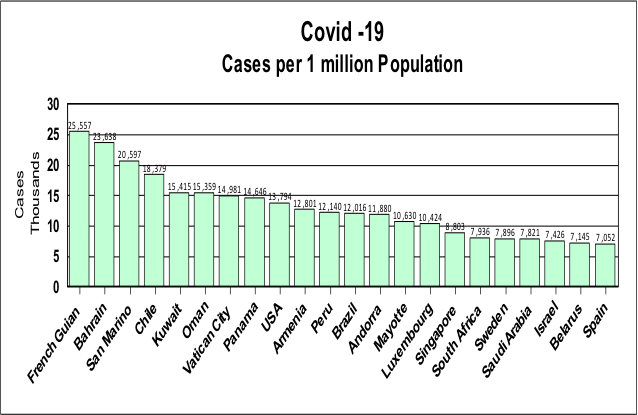 The second wave in Victoria continues, while New Zealand has one or two every few days from returning residents. 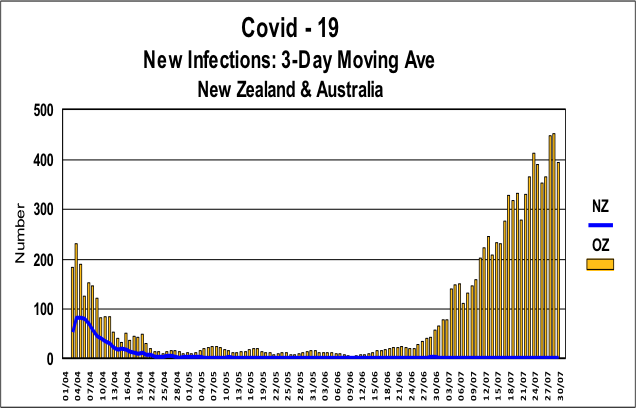 The case reduction in Europe has paused, with the continent showing an overall increase in share. 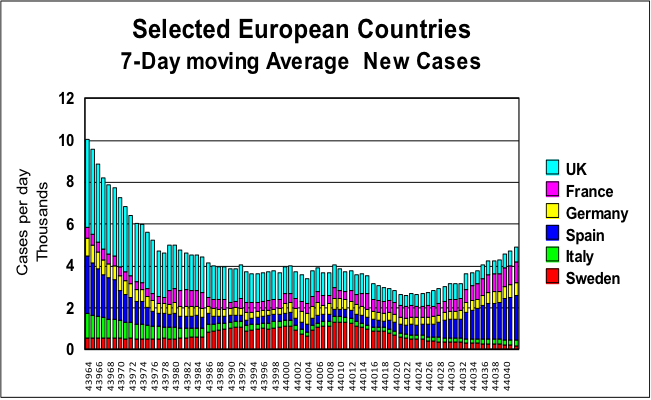 This chart shows how the trends have changed across the European countries. 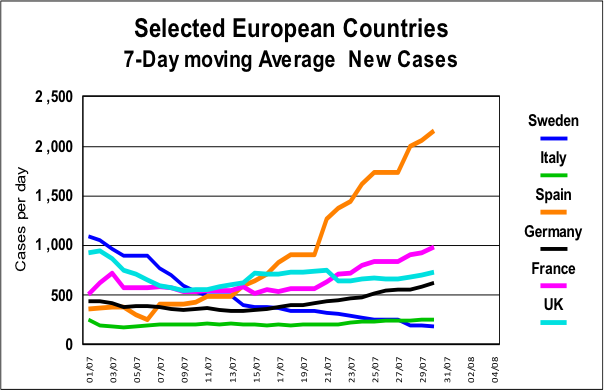 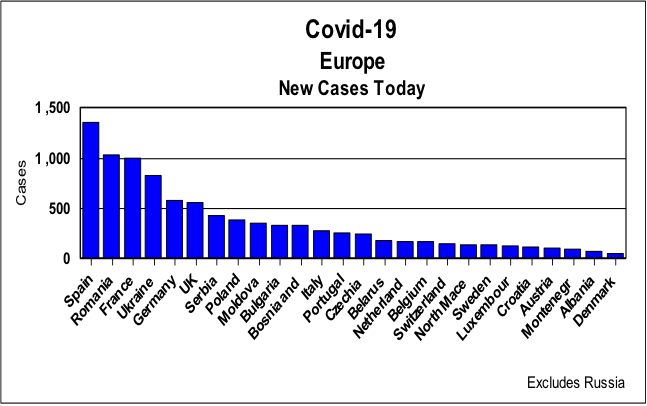 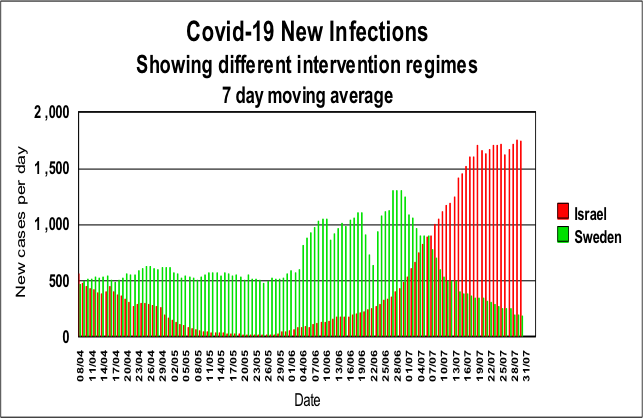 Total world cases are growing by a million every 4 days. 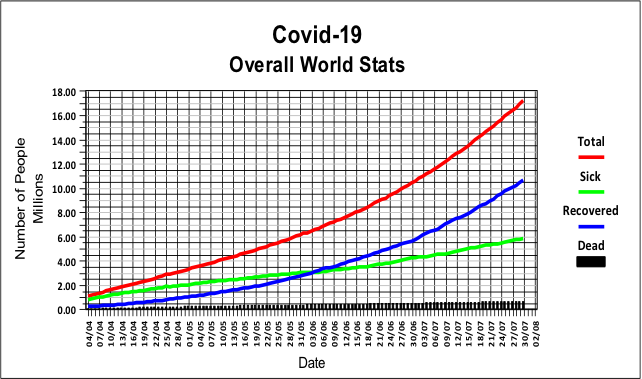 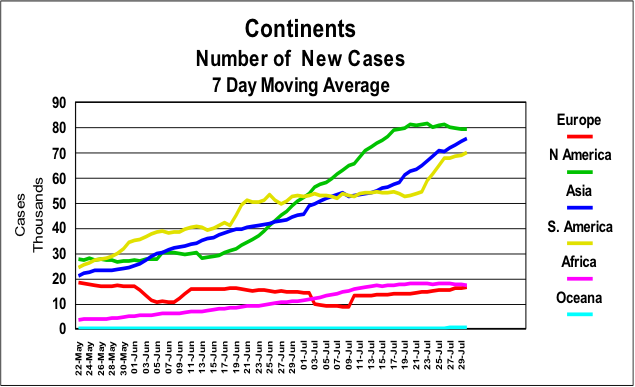 The severity of the virus seems to be reducing. 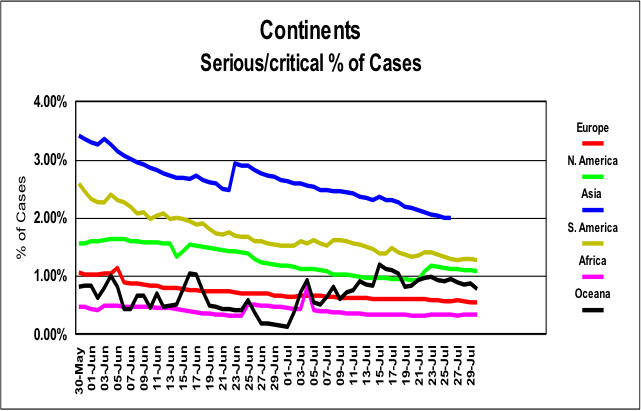 Though death rates per million continue to increase as the virus spreads. 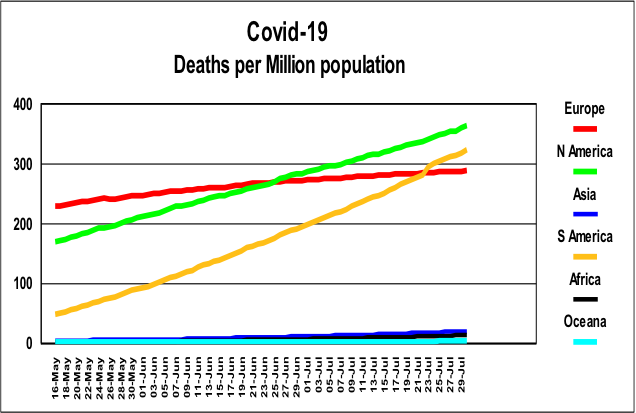