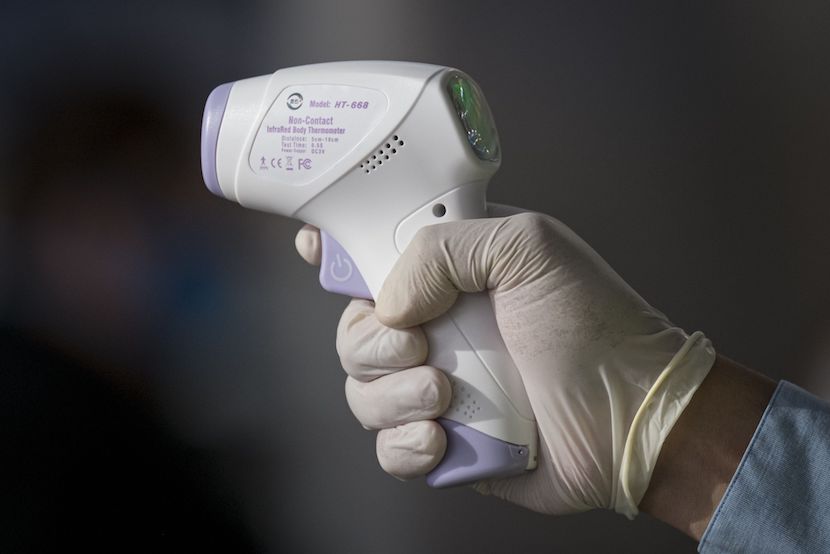 Coverage includes a global and continental view, the countries most affected by the pandemic and then a regional focus with particular attention to Europe, South Africa, Australia and New Zealand, and an overview of the situation in the USA. 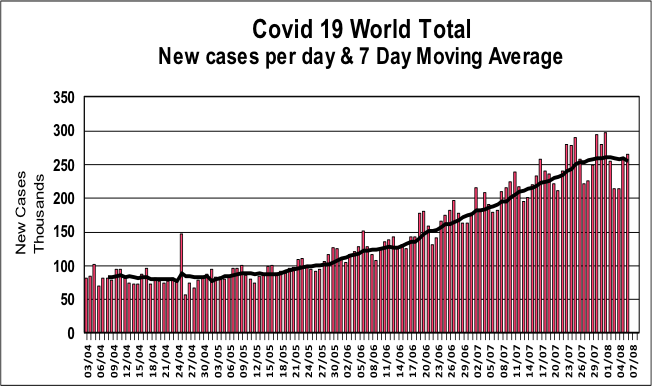 World cases continue to grow at nearly 2 million per week. 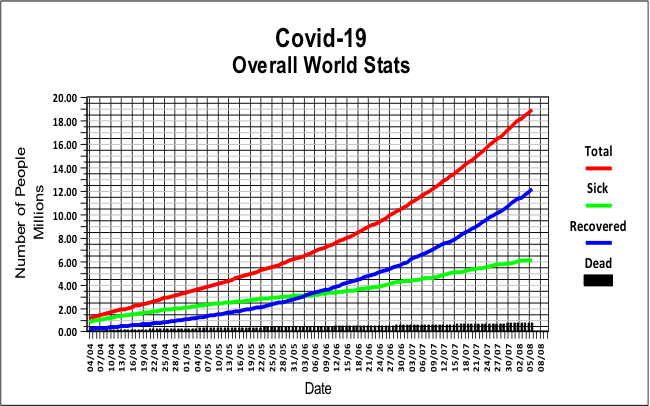 New case growth in America has slowed in the past week. South America and Asia accelerating. 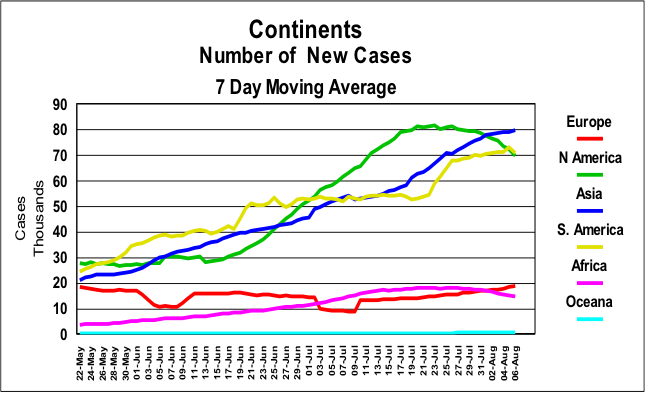 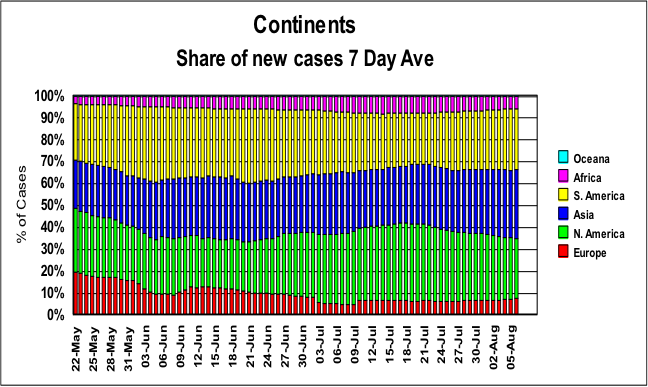 Global deaths have passed 700,000 and continue at a steady pace. 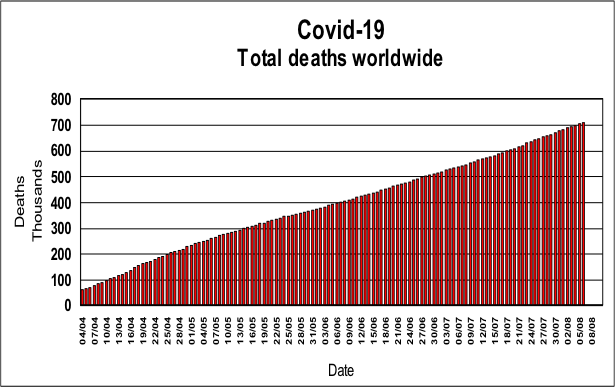 The downward trend in deaths reversed course early June, and are running at around 6 000 per day. 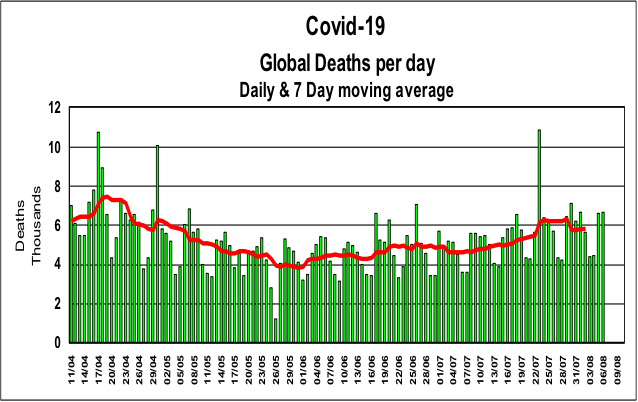 Deaths per million of population average 350 in Europe & the America’s 20 in Africa & Asia. 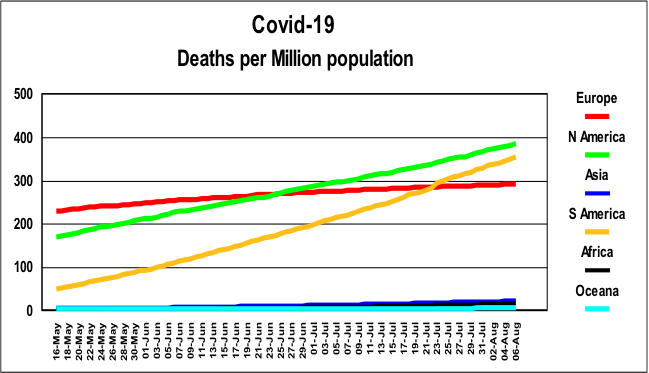 Deaths per case continue to show a reducing trend. 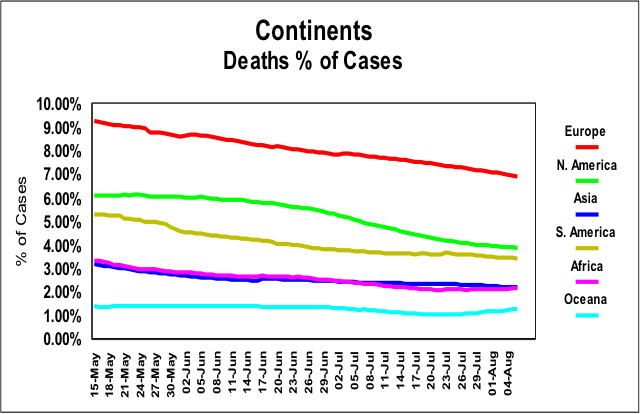 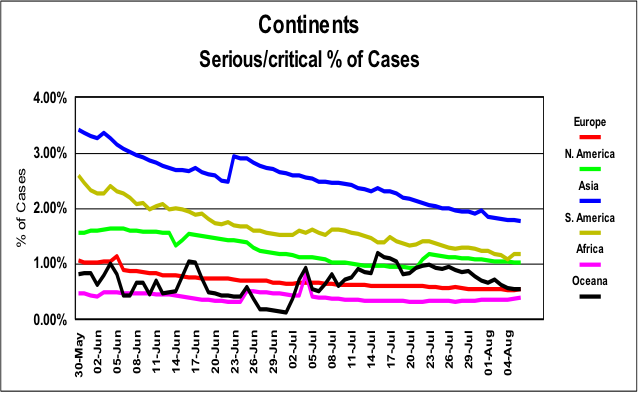 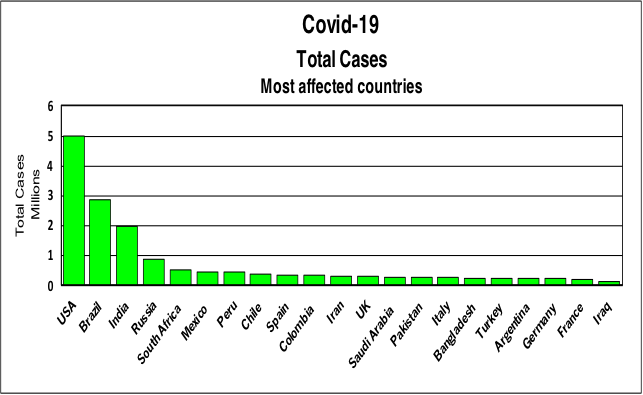 The top five countries accounted for 71% of the world’s new cases yesterday, with the USA at 21%. 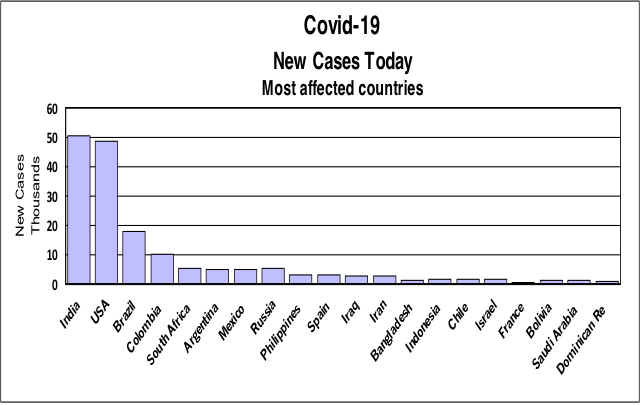 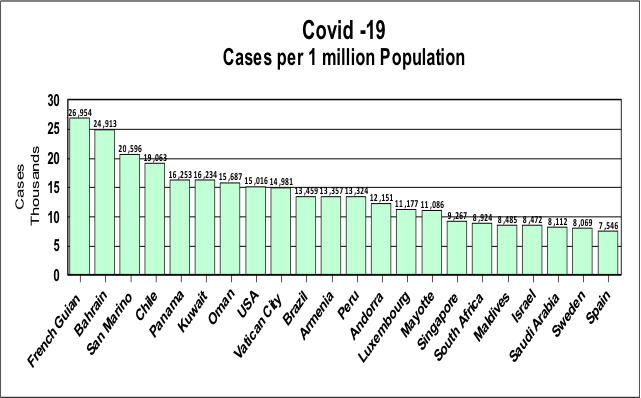 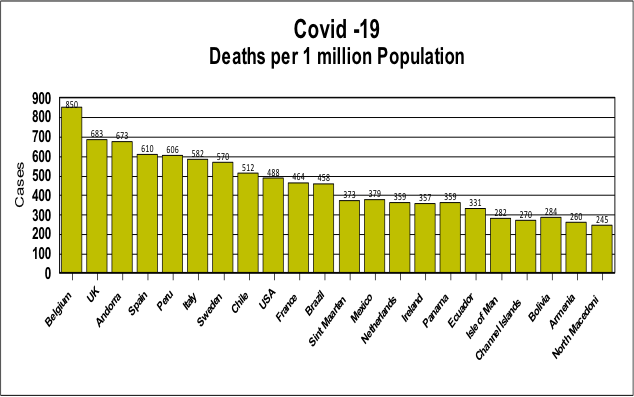 Infections in Europe are showing a sharp increase. 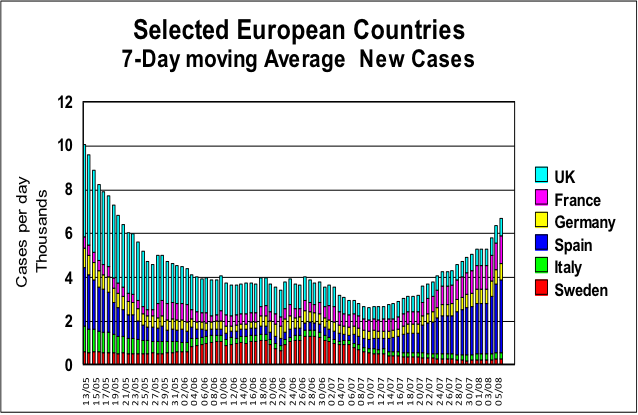 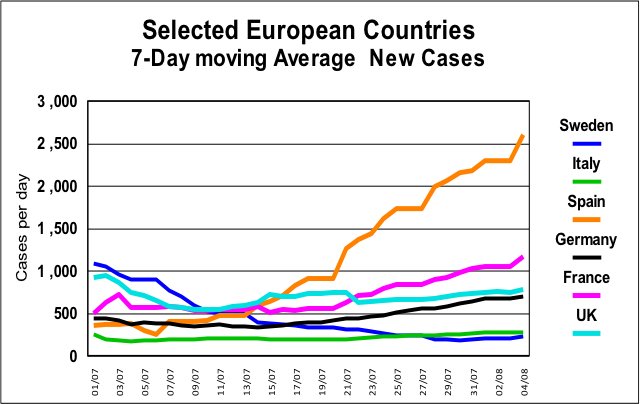 France has the highest number of active cases, but some countries do not disclose this data. 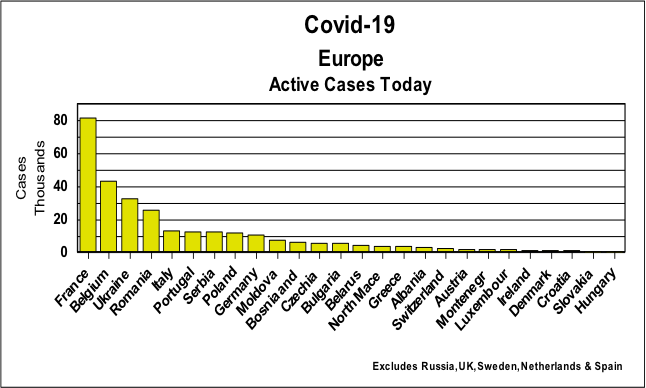 South Africa has reached its peak and new case numbers are falling. 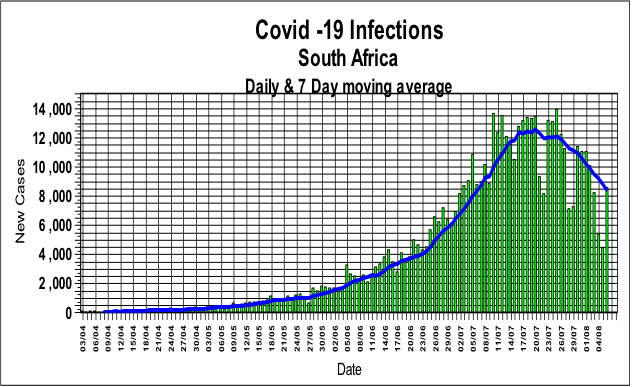 On a pro-rata basis, South Africa’s performance is similar that of Brazil where there was no lockdown. 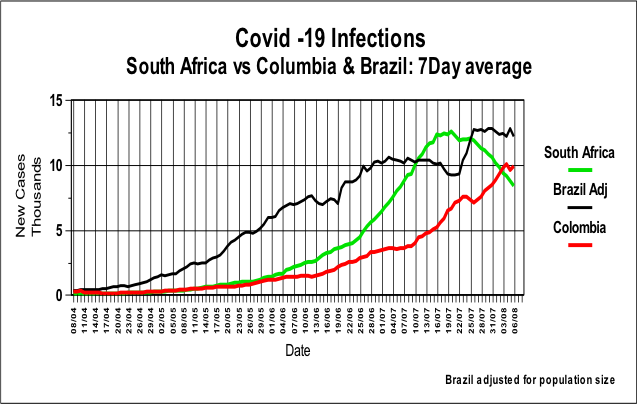 Results over the past 2 weeks have been within the pattern expected in our model. 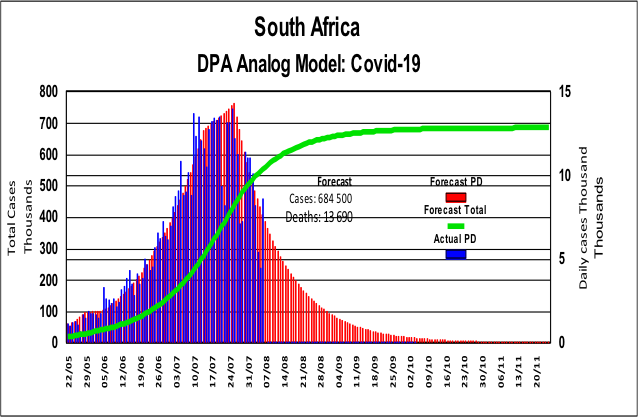 Gauteng province has by far the greatest number of cases. 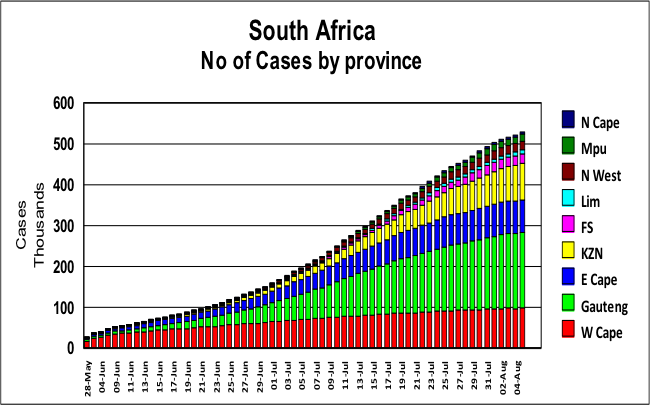 But the death rate in Gauteng has been lower than the Western Cape. 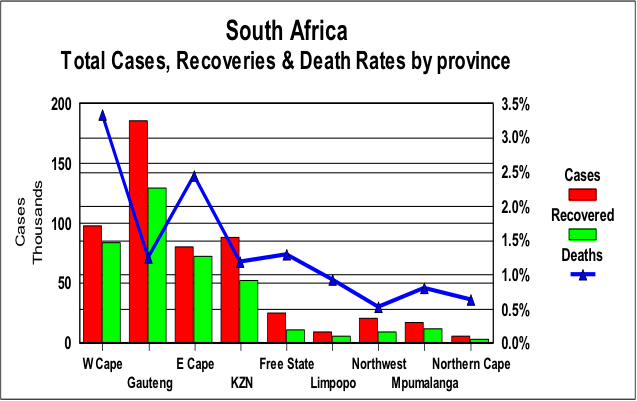 Testing has steadily reduced, as have the proportion of positive results per test. 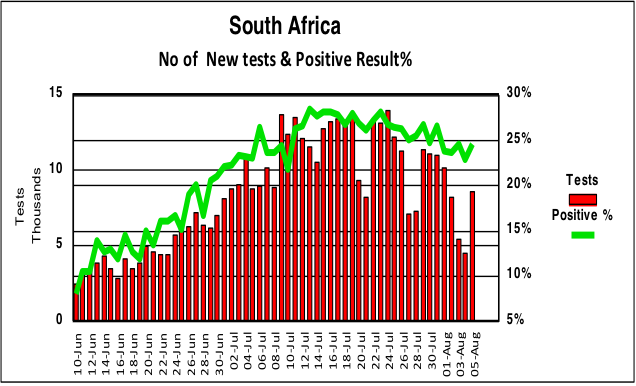 The second wave battle continues in Australia with Victoria struggling to contain the virus. New Zealand has one or two cases in managed isolation from time to time, all returning residents. 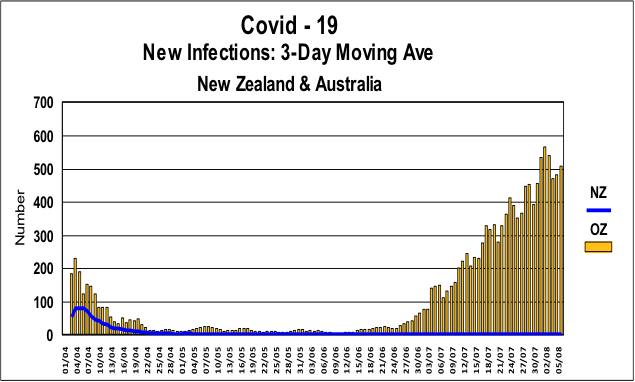 New South Wales and the other states in Australia have a very low incidence of new cases. 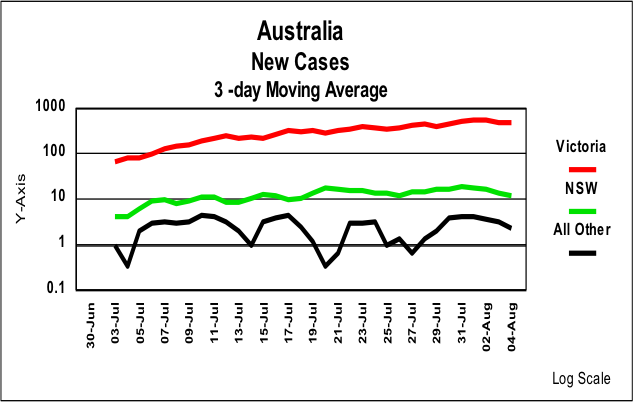 Deaths in Australia have been very low, and almost exclusively elderly people. 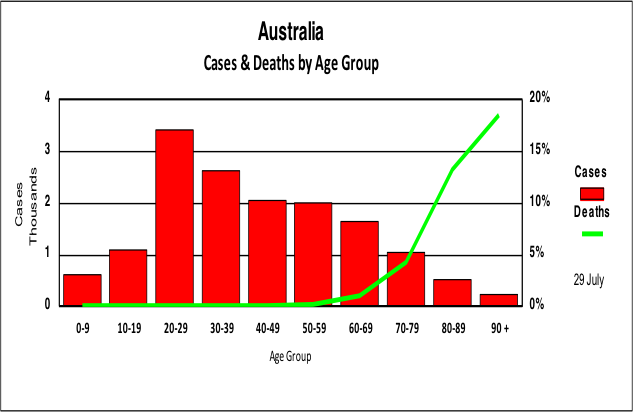 The top four states account for 40% of all the cases in the USA. 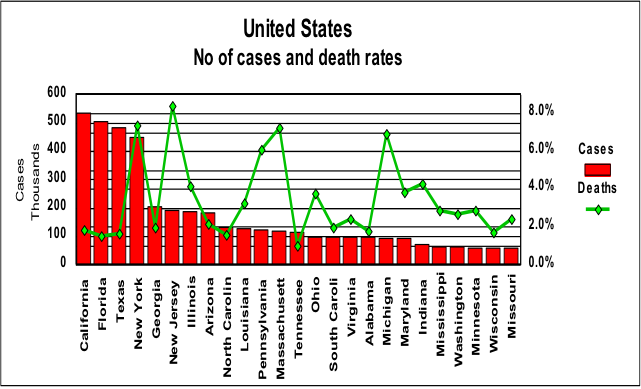 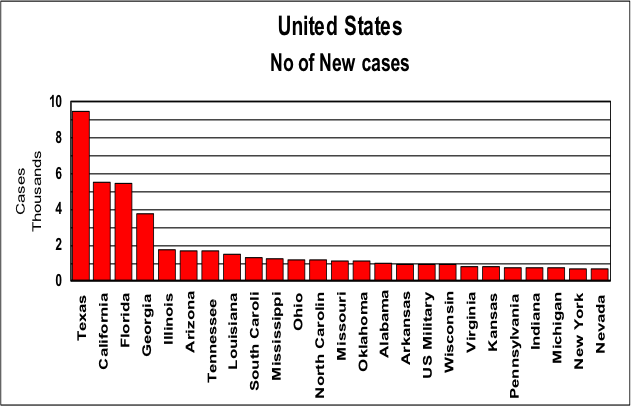 Only a few countries appear to be safe to travel to … 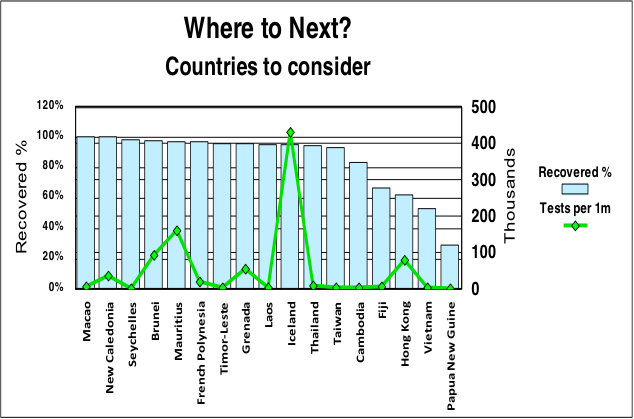