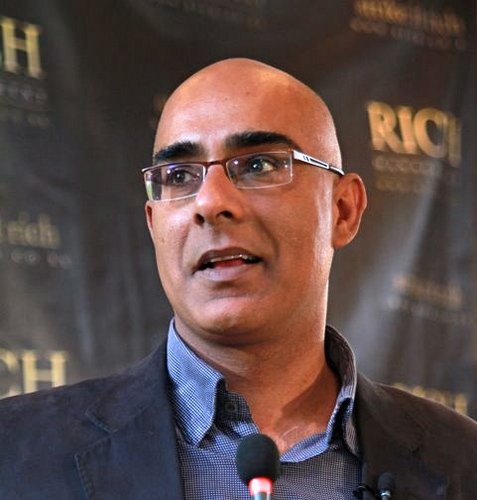 When 9/11 hit in late 2001, it paralysed US and, indeed, global business for some months. Kenya is bracing itself for similar fallout from the terrorist attack at Nairobi’s upmarket Westgate Shopping Centre. The atrocity, which has left 69 civilians dead and 200 injured, could hardly have come at a worse time. Nairobi hosts two international tourism conferences this week. On CNBC Power Lunch today I spoke with Aly-Khan Satchu, CEO of Nairobi-based Rich Management. His assessment is sobering. This year’s projected GDP growth of 6% is under threat. But more of an issue is whether this turns out to be a one-off tragedy, or the start of an extended war between Kenya and the Somali-based fundamentalists who claim it was in revenge for an earlier attack on them. If it’s the latter, the economic implications are dire. – AH

ALEC HOGG: Kenya’s Westgate Mall is the hallmark of the new up-and-coming Nairobi that, over the last decade, has seen rapid economic growth and attracted billions of dollars in foreign direct investment. Aly Khan Satchu, the Chief Executive of Rich Management joins us now from Nairobi to look through some of the economic implications of the attacks that have grabbed everyone’s attention. Aly Khan, if you go back to 9/11 in the United States, the global economy then was paralysed. People didn’t want to invest because of the uncertainty. Do you think we might be facing something similar, obviously on a Kenyan-focused scale, as a result of this attack?

ALI KHAN SATCHU: So you’re quite correct, you know. We’ve had an enormous crowding-in of foreign investment. There’s been a lot of excitement. Only last week Alec, I was at a conference co-hosted by the government and the IMF called Kenya Take-off so obviously everybody’s extremely nervous about how this plays out. As you can see behind me, it’s billowing smoke from Westgate so we’re still…we haven’t reached the endgame. I’m not certain that we are that much closer to it and I think the key risk for investors is whether this is a one-time event or whether this, right now, represents a new and more uncertain normal. And I think from an investor point of view obviously the latter is the least desirable outcome and at the moment it’s impossible to know what the outcome might be.

ALEC HOGG: How long might it take before we have clarity on that, whether it is a one-off or it could be extended?

ALI KHAN SATCHU: Today the market was very resilient. The Kenyan Shilling traded lower but not by very much. The stock market was reasonably solid and I think the market has proven its resilience over the last 18 months. We’ve had to number a weather of hurdles. They say bull markets climb a wall of worry. Remember, we’ve got the ICC situation, but the market has so far proven able to look through all that noise. I think that if this is wrapped up in the next couple of days, I suspect the market will be okay, but obviously at huge risk to being hit with any secondary event of any kind and I think then – really – you’ll see a lot of chips being taken off the table. For now, I think those chips remain on the table.

ALEC HOGG: I was reading through something that you tweeted today…your column in Kenya’s Star Newspaper…but right next to it was a report which said that this week there will be two conferences for the tourism industry. Is it likely that they will go ahead in the first instance? And secondly, at least some kind of a pall – if they do go ahead – will be cast over them?

ALI KHAN SATCHU: I think tourism is really at the sharpest of the sharp edges regarding this situation we’ve had and are now currently undergoing. It’s had a poor first half. Numbers were down about 10% year-on-year. We’re in the peak season right now and it really can’t take another blow to the solar plexus, but unfortunately we live in a 24-hour world. These pictures are flashing all over the world and most people will look and say to themselves ‘I can go somewhere else this time around’ and it’s just that sort of thing happening that will put a lot of pressure on the tourism business. I see the tourism side as taking the biggest punch of all the punches that are coming out of this situation.

ALI KHAN SATCHU: Very few. There’s the TPS Serena which is a very broad-based group of hotels including Tanzania, Uganda, Zanzibar and Kenya. So thankfully TPS…the exposure to the Kenyan tourism sector, whilst reasonably large; it’s not the entire portfolio. So I think at the current price that you see TPS trading at; it’s probably not going to dip too much. Kenya Airways, the airline share which has been under tremendous pressure for quite a while now – beginning to show some basing patterns – I think can probably hold its nose ahead in the current situation as long as we have nothing further developing.

ALEC HOGG: That was Aly-Khan Satchu.