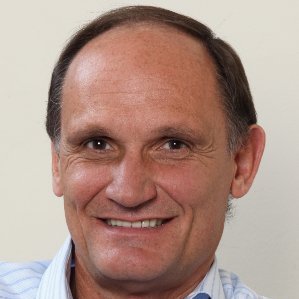 The Vodacom/MTN duopoly must now be wondering how they let Alan Knott-Craig get into the other camp. As the founding CEO of Vodacom, he knows SA’s mobile business better than anyone. Now installed at long abused competitor Cell-C, he’s able to apply his experience and knowledge from a different angle. He’s also a clear minded, logical thinker able to explain easy-to-confuse concepts to regulators. And has the tenacity of a Jack Russell as he showed last week. After the ICASA ruling on Mobile Termination Rates knocked R40bn off the market caps of Vodacom and MTN, Knott-Craig’s follow-up punch to the solar plexus landed before the duopoly’s shareholders saw it coming. As the dominant mobile telcos, they are able to manipulate call prices to keep their position entrenched. For instance, offering “free minutes” for a Vodacom to Vodacom (on-network) call leverages what is called the network effect and makes it almost impossible for a competitor to gain traction. It took Cell-C 12 years to realise Alan Knott-Craig was the only one with the knowledge, gumption and reputation to make a R20bn investment worth something. Vodacom’s board of directors must now be wishing they’d made his early retirement too comfortable to have abandoned. – AH

Watch the video from our interview on CNBC Power Lunch  here

ALEC HOGG:  Alan Knott Craig joins us now.  It’s the second time this week.  It seems like we talk to you a lot in bursts.  Not only is it a very positive move for you – the change in the termination rates – but today you’ve decided to go to the Competition Commission….

ALAN KNOTT CRAIG:  Well, the competition route is on a slightly different subject.  It doesn’t involve MTRs (mobile termination rates) but it has to do with discriminating against smaller players by having higher off-network rates.  So the ICASA process is research, if you like, into the wholesale rates which are the MTRs between networks. But they can’t confuse the wholesale and the retail rate at the same time. ICASA will review it, but they cannot review it and they aren’t reviewing it right now because they’re only dealing with wholesale rates.  So we decided to go the Competition Commission route. ICASA may join us – they may not join us. We’ll have to wait and see.

ALEC HOGG:  What exactly is it that your case is going to rest on?

ALAN KNOTT CRAIG:  In the case of MTN and Vodacom they control about 90% of the mobile market revenues in the country.  So when you adjust your retail tariffs in such a way that you discourage your customers from calling other customers on other networks, you just kind of force other networks to stay small and you stop them from gaining the scale they need to be sustainable.  So what a lot of countries are now saying – and this is quite a common practice and it has been a common practice around the world – is small players cannot survive in that kind of environment and dominant players cannot discriminate between their on-network rates and their off-network rates.  So in most cases we’re not telling them what they can charge.  We’re just saying make sure they’re the same so that you don’t discriminate and you don’t prevent competition from taking place.

ALEC HOGG:  We’ve got Nadim Mohamed in the studio with us, Alan.  He’s with First Avenue.  He wrote a very insightful report towards the end of last year talking about the smoke and mirrors being used by your competitors in not allowing the voice minute, which is a commodity, to be compared.  These developments that we’re talking about now: will that make it easier for consumers to compare like with like?

ALAN KNOTT CRAIG:  The short answer is it will contribute. But I think what you’re mainly talking about is ‘how transparent are tariffs?’  In the initial days of mobile …actually 1992 if I remember correctly, people were charged for the first minute whether they used it or not. After a while they were charged for the first minute and then for the first and second half of the minute and so on and people got confused with what they were actually paying.  So if someone would advertise a rate of, let’s say R1.20, and if it’s on a per minute basis and not a per second basis, on the unitisation you make a lot more money than R1.20.  So that is a confusing thing for consumers and it’s something that’s been telcos around the world have been using for decades.  Part of our strategy was to take that confusion away and to give the consumer a see-through the tariff, and the only way you can do that is to charge on a per second basis.  So if you make a one second call, you pay for one second.  I think that’s the smoke and mirrors part.