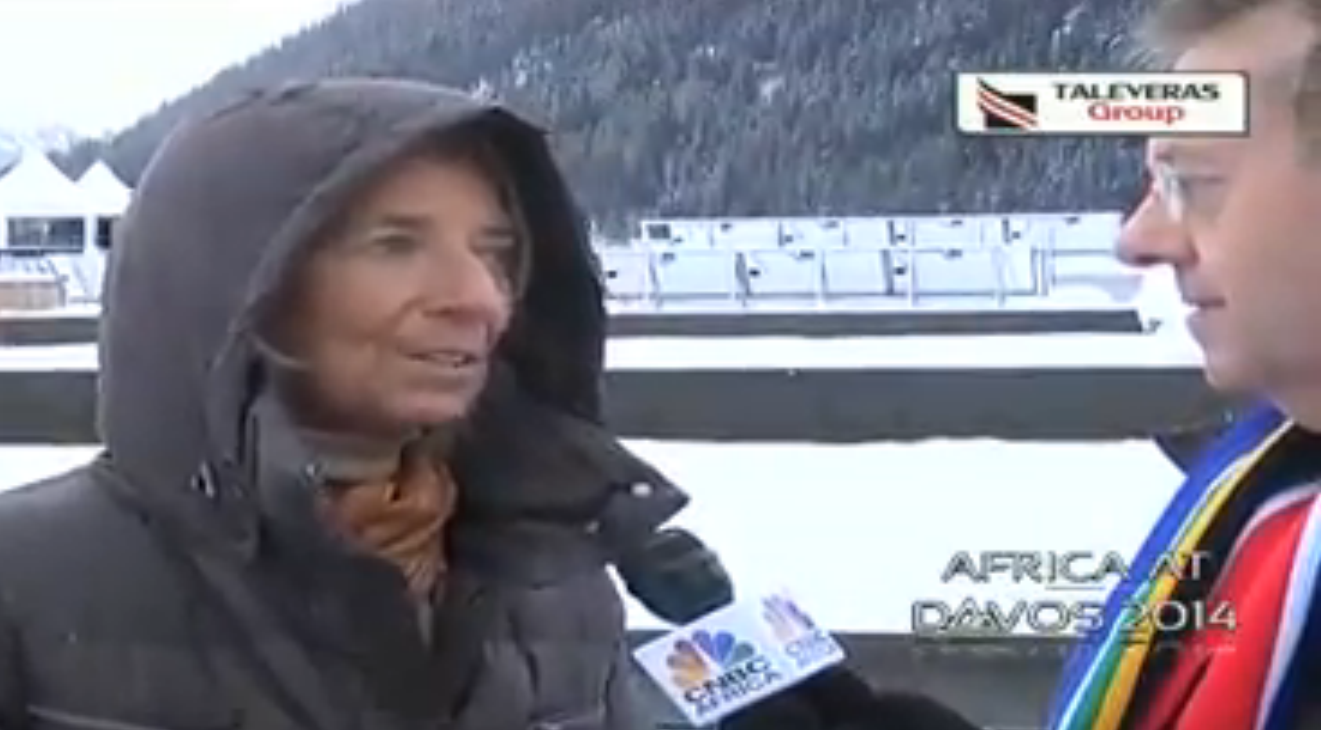 When newspaper headlines scream about violent protests, the South African rand keeps tumbling and skilled professionals, like engineers and accountants, continue to trickle out of the country, it is easy to feel pessimistic about the future. Zimbabweans are likely to feel similar when they ponder their fate in the hands of Africa’s oldest head of state, President Robert Mugabe.

But the big picture from afar is that Africa, on the whole, is in pretty good shape. International Monetary Fund (IMF) managing director Christine Lagarde couldn’t have been clearer on this point when she spoke exclusively to Biznews.com founder and publisher Alec Hogg at the World Economic Forum in Davos this week.

In the interview, she emphasises that Africa’s economic growth rate looks impressive compared to how much of the rest of the world is performing. As a result, Africa is “very much on the agenda” for corporates and states elsewhere.

Of course, if you live in Africa you know that this isn’t homogenous terrain. We’re all different and business is best done paying close attention to local customs and networks in each country.

And, Lagarde warns that there is no room for complacency; we need to be working hard to clean up on problems. Still, it’s great to know that sentiment towards Africa is improving. – JC
http://www.cnbcafrica.com/video/?bctid=3100861411001

PRESENTER:  The Managing Director of the IMF, Christine Lagarde says that she’s concerned that the fruits of economic activity in many countries are not being widely shared.  Lagarde has warned that this is not a receipt for stability and sustainability.  Our CNBC Africa’s Alec Hogg caught up with Lagarde at the World Economic Forum in Davos and asked her whether she thinks Africa is falling off the global agenda.

CHRISTINE LAGARDE:  No, the continent is not falling off the agenda.  I was just in Africa recently, in Kenya and Mali, stopping over in South Africa, actually.  Those countries, as well as many other African countries are very much on the agenda of many corporates, and many heads of State.  Africa has had the visit of the Japanese Prime Minister not long ago. The US President has announced an African summit pretty shortly in Washington, so Africa is very much on the map in the minds of many people; policy makers as well as corporate leaders.

ALEC HOGG:  That’s good news because we were having such a boom a couple of years ago, and then it did seem to go a bit quiet and only the Chinese were interested – but not so…

ALEC HOGG:   I’ve been to Davos for 10 years.  It feels like the mood is lifting.  Do you share that view?

CHRISTINE LAGARDE:  Yes, it’s more positive than it ever was I think, in the last five or six years.  My job is to both celebrate, but also warn against the risk of complacency and the potential risks that we see on the horizon, so more positive but let’s be cautious.

For more insights from the World Economic Forum in Davos, see: