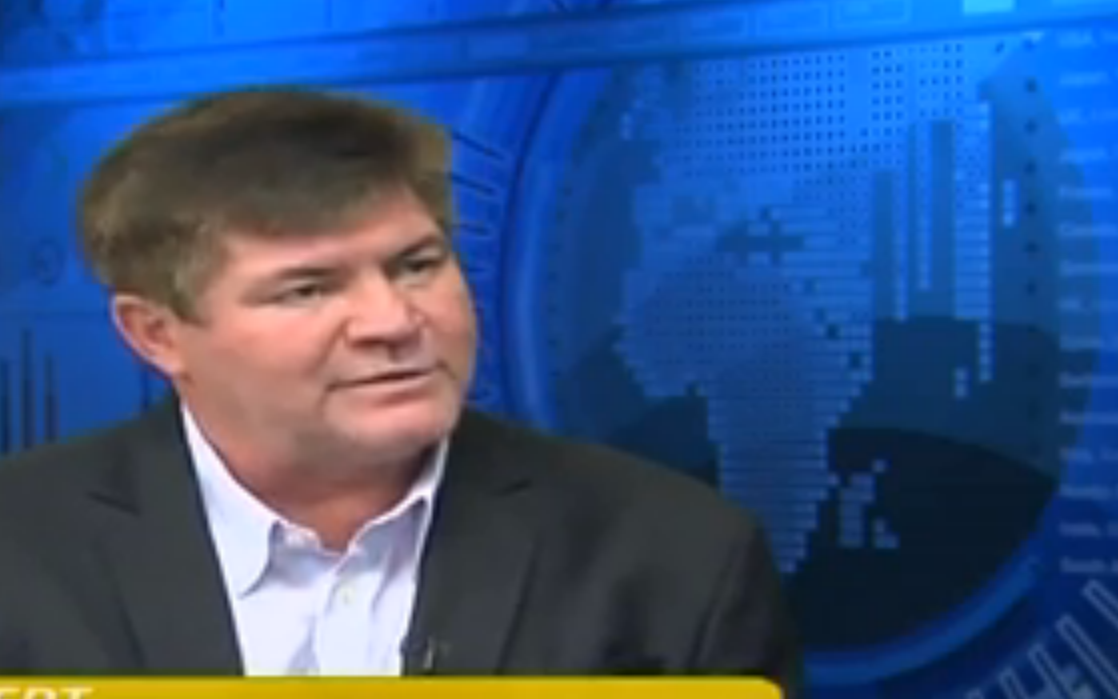 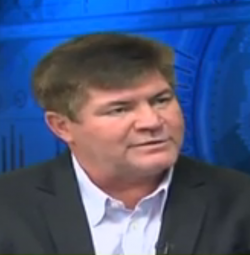 Back in 2010 Clover, then newly listed and ready to expand, implemented a major capital expansion and repositioning strategy it called Cielo Blu. The idea, basically, was to fix up an inefficient supply chain by bringing its production facilities closer to suppliers in the Eastern Cape, and bringing those facilities up to date with the latest ultra-high temperature pasteurization technologies. The process took a lot of time, and a lot of capital, but it seems to be paying off handsomely, as Clover has reported major increases in earnings and profits after successfully raising prices and cutting costs over the last year.

And Clover isn’t planning to sit on its laurels. Instead, it plans to leverage its core competencies in production, distribution, and marketing to enter new markets like bottled water. Definitely a company that plans to go places. – FD

ALEC HOGG:  Dairy producer Clover reported robust interim earnings due to selling price increases and a very good improvement in the operating margin.  The company’s Chief Executive Johann Vorster is with us in the studio here.  Operating margin up from three-and-a-half percent to almost five-and-a-half percent and your volumes are about the same.  If you make that much more profit margin then the bottom-line is going to shoot up, and it did.  It nearly doubled in the six-month period.  Is this a new strategy for you?

JOHANN VORSTER:  Yes, Alec.  Firstly, I think one needs to look at it compared to the previous year when we had four or five new products and platform launches in the corresponding period.  There were higher costs in that corresponding period than there were here and now.  We also managed to get our price increases through – that was very important – and then Project Cielo Blu’s savings started to come through.  It’s therefore a combination of three different things, which drove that margin back to where it should be.

ALEC HOGG:  When you say ‘managed to get price increases through’ you’re not regulated in that regard, are you?

ALEC HOGG:  It’s Business 101, isn’t it?  If you can push your prices further and the market can absorb the price increase then good luck to you.  Your profits improve.  Are you starting to get resistance now from the consumers?

JOHANN VORSTER:  I think so.  The consumers are under pressure.  The retailers are under pressure as well, so they try to push back as much as they possibly can, but you have to concentrate on the value proposition.  You have to give your consumer more.  You need to communicate more, so we’ve moved from 12 days (milk) to 18 days’ expiry date and the 30 days’ ultra-pasteurised milk, so we keep innovating in this sphere.  When you go with a price increase, it’s also very important to offer the consumer more.  I think that’s been part of our success.

ALEC HOGG:  What’s happened to sales after their prices went up?  Do you have an immediate reduction where people say ‘I’d rather go to the competitor’, but then they eventually come back to you?

JOHANN VORSTER:  As the market leader in most of the categories, we do find that.  Your competition is then a bit reluctant to increase.  They take advantage of that period, so it normally goes down slightly and then it recovers again as everybody follows, so as market leader you always have the pressure.

JOHANN VORSTER:  Generally, milk is price-elastic.  In other words, if you made the price much lower, you wouldn’t sell much more, but Clover’s prices are very elastic.  When we go out on a promotion…  Clover’s an aspirational brand and it is good quality, so the moment you go on promotion, you get a very big tick-up, so it’s a bit of a combination of an answer there.

ALEC HOGG:  How are the farmers feeling about this – of course, those who’ve kept their shares would be delighted – but those who are selling in to you?

JOHANN VORSTER:  I think the ones that kept it of course, will be very happy.  The ones that haven’t, have invested a lot on their farms, so I think they’re also in a good position because now they can supply the market at higher prices.  Perhaps some of them are better off from having sold their shares.

ALEC HOGG:  And the volumes are the same?

JOHANN VORSTER:  The volumes in the country keep going up.  There are less farmers, but there are higher volumes, so your more efficient farmers will gobble up all the smaller farmers.  We hear from time to time that people…that the industry’s strengthening, but it’s a number of players – big farmers becoming bigger and more sophisticated and new technologies are being introduced.  I think the dairy industry in South Africa is very healthy and there’s no reason why we shouldn’t be the Fonterra of the world for Africa, now that the international prices are very high.

ALEC HOGG:  The big deal that you did in this period was more aggressive in bottled water – taking out Nestlé’s well-known brands.  Was that just Gauteng or was it the whole country?

JOHANN VORSTER:  No, that’s the whole country.  That’s both Nestlé Pure Life Water as well as some of the other brands, for example Schoonspruit and the iced Tea – Nestea, which we’re re-launching in August.

ALEC HOGG:  Nestlé’s a Swiss company.  They’ve invested a lot in a new plant in Estcourt for instance, so they are investing in South Africa.  Why would they want to get out of bottled water?

JOHANN VORSTER:  Bottled water and iced tea suffered with production.  We’ve taken over the production facilities – we have 70 percent and they have 30 percent – and distribution is key.  We have 14,000 delivery points.  It was very important for them to get there.  Another example is FutureLife, where they’re in cereals, they’ve come to us, and we now have a 50-50 joint venture with them where we will do all the production, the development of a ready-to-drink version of FutureLife, which is a very popular cereal.  It started to become very popular, so there we use our production capabilities again, to help them.

ALEC HOGG:  Johann, you guys have been very smart at this in using the area that were neglected in Clover in the past, but you’ve been well-remunerated for it and I know quite a few farmers are cross at the way executives have been paid.  How do you respond to them when you’re criticised?

JOHANN VORSTER:  I think there are two angles to it.  Firstly, we’ve unlocked a lot of value to the producers.  There was a management a team and the farmers before the listing. We put the deals together, so none of those producers are offended.  I think it’s the people who came in afterwards, who see some of these amounts and don’t understand the history – where it came from.  Clover was on its knees when I took over in 2006, so I sleep well at night.  Maybe some other people don’t see it in the same light, but I think a lot of value has been unlocked to all of the stakeholders across the sphere.

ALEC HOGG:  How many of the farmers who stayed with you have remained as shareholders?

JOHANN VORSTER:  We have the Milk Producer Trust, which is 15 percent and another 15 percent of producers who stayed.  I would say roughly about 40 percent have sold out, but sold out and reinvested into dairy…just on their farms, which is very clever because their parlours and the technology they use, are now world-class.  I think they made a very good decision.

ALEC HOGG:  You say ‘world-class’.  Are you seeing that in the prices and the quality that you’re getting from those farmers?

JOHANN VORSTER:  Absolutely.  There’s a small competition called the Tri-Nations between New Zealand, Australia, and South Africa milk producers. Our milk producers are amongst the top ten in that competition annually.  As I mentioned a little bit earlier, there’s no reason why South Africa, with its infrastructure and potential for dairy, cannot become the Fonterra for Africa, as Fonterra is for the world.  I think there is a great opportunity for dairy expansion.  The prices are very good.  I’m talking about ingredients, powders, sophisticated weight, and powder concentrates etcetera and its untapped territory at the moment, for South Africa.

ALEC HOGG:  And more and more, it is transportable because it lasts longer.

JOHANN VORSTER:  Exactly, so that whole Natal/Eastern Cape/Southern Cape area is completely untapped, and we’re looking at the opportunities to do that now that Cielo Blu is settled.  Remember, we said Cielo Blu must be settled first.  Our next wave is the yoghurt, which we entered on the 1st of January and then the custard, so we have many opportunities locally as well as export opportunities with these ingredients we’re looking at.

ALEC HOGG:  You tackle the distribution challenges into the other parts of the continent, which, as we’ve heard from others, are not inconsiderable.

JOHANN VORSTER:  I think that when you go into Africa, the word ‘Africa’ should be abandoned.  There is no ‘one Africa’.  Africa is as different as Eastern Europe, Western Europe, and Southern, Northern, and Scandinavian etcetera.  Within cities in Africa, there’s a big difference, so we can’t just refer to ‘Africa’.  In addition, when we talk about these big cities, you have to understand what you want to do in that big city.  Some people have a world-class product, which they would like to sell there.  We don’t have that.  What we have are competencies en route to market.  In Nigeria, we are developing a route to market – how do we get the product to the consumer – and we contact packing there.  Once we have that, we can start introducing more manufacturing.  In Angola, it’s a different story.  There, you need production.  In Mozambique, we’re using our distribution and merchandising skills.  Clover is therefore exporting its competencies as opposed to its products.  The products will follow. We have a number of products that can fit in well there: long-life juices, long-life milk, and yoghurts – we’re planning to make long-life yoghurts – ice tea, and water etcetera.