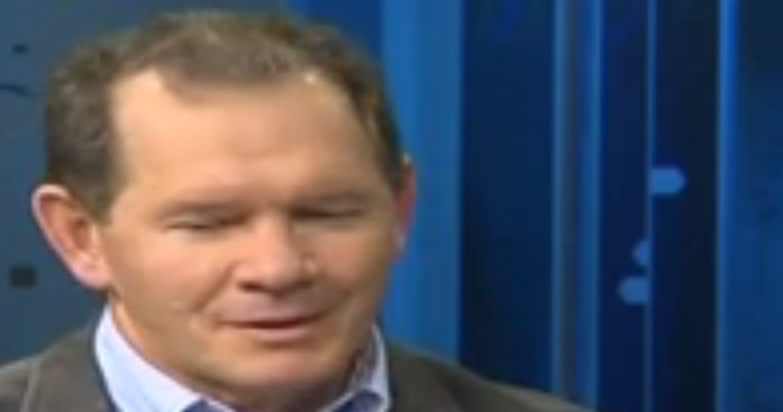 There’s something very familiar about Russell Loubser’s idea of Drift – a slow, incremental slide into bad behaviour and entropy. It makes me think about the times I’ve been on a diet. You know how it goes – you’re doing great for a few weeks, and then someone brings doughnuts to work, and you think “Well, one won’t hurt” and the drift begins. The next day, it’s an extra helping of bread, then it’s a Coke, then it’s some chocolate, and before you know it, you’ve drifted right off your diet and into a four-topping pizza with cake. However, I’m not sure if Loubser is right when he says that to solve the problem we just need people to do their jobs with no extra incentives. In countries with relatively low levels of bribery, there are typically stern penalties for corruption, and bribery declines when there are incentive programmes implemented. I think that there’s something in human nature that tends towards Drift, and that the way to counteract that is through a combination of carrots and sticks. Expecting people to just do their jobs and feel that virtue is its own reward seems a little naïve. – FD

GUGULETHU MFUPHI:  According to former JSE CEO Russell Loubser, Drifting is the slow movement away from a place you wanted to be, to an unintended destination and according to him, Drifting happens often in the business world.  Joining us now for more, is the man himself – Russell Loubser.  Thank you so much for joining us today.  This Drift concept…I know Alec had the fortunate opportunity of  sitting down with you to grasp the concept of it all.  Where does this stem from?

RUSSELL LOUBSER:  Where does it stem from?  Well, it happens all the time, you know.  This has been a hobbyhorse of mine for many years now.  It really annoys me that Alan Pullinger from RMB coined a better term.  I used to call it a lowering of standards and it means exactly the same thing. However, a lowering of standards could imply that it’s a once off.  Drift, which Alan Pullinger came up with (to my irritation), which talks about exactly thing, implies a constant movement and that is the danger.  Drift is a far better term because it implies that things start off small and you might not find the need to worry about it.  You should, because the small things are very important and the small things become bigger things.  In South Africa, we have so many examples of Drift in all areas: corporate sector, private sector, government, and defence force.  We have Drift everywhere.  None of the instances of Drift that we’ve experienced to date in South Africa, can’t be stopped – not a single one.  That’s the fortunate part.  Every single one can be arrested, and just arresting it is not enough; you have to improve it thereafter.  You have to get back to the original state, but the frightening thing is there’s no guarantee that we will even recognise this Drift in the first place or, once we’ve recognised it, then take the difficult step of repairing the damage.

ALEC HOGG:  We saw this with Pinnacle.  The Director of the company goes to a senior police officer and tries to bribe him.  That is almost unconscionable, but we see it happening so often and we almost become immune to the reality those actions bring.

RUSSELL LOUBSER:  Yes, this could be a different type of Drift because from what I understand – and all I know is what I’ve read in the press and heard you talk about – is that this is something that happened a while ago.  They surely have to ask themselves the question ‘is this material?  Would you want to disclose this?  If you disclosed it, would it have an effect on the share price?’  If the answer to that was ‘yes’, then you have defined materiality and therefore, it’s an obvious no-brainer that you should have disclosed it instantly.  Okay, so that’s all I know about the issue.

ALEC HOGG:  But the reality is that he would even go and do that.  The reality is when people are sitting in the pub, they’re having one for the road, and they know that they’re over their limit already.  Drift means that, if they are stopped, the cops will easily be persuaded to turn a blind eye.

RUSSELL LOUBSER:  You see, Alec that is precisely the concept of Drift.  We South Africans weren’t born a nation of traffic offenders, but we have become a nation of traffic offenders and it started somewhere.  It could have started in a few places, but it could easily have started because it’s very visible on a daily basis with the taxi industry.  Let’s assume that’s where it started – I’m not saying it did – let’s assume, because definitely is part of the Drift.  Time goes by.  All other motorists look at this and say ‘well, if the taxi can do it, why can’t I do it?’, so we’ve become a nation of traffic offenders.  This Drift then results eventually, in loss of life.  I don’t know of another country that loses more lives annually per capita, than South Africa, because as a nation we don’t worry about traffic laws anymore.  Now, if that applies to traffic offences and to the traffic code, why wouldn’t it spill over to the next things, which I think is what you’ve just implied?  That’s precisely the danger of Drift.  It starts small and you say ‘let it go.  I’m at this red traffic light.  There’s nobody around.  I’ll go through it’, and then it escalates.  Before you know it, many people are doing it – we are a nation of traffic offenders – and then you have the ultimate consequence, which is huge loss of life every single year.

ALEC HOGG:  And we’ve become a nation of bribers etcetera.  How do you arrest it, Russell?  Give us some good news on this front.

RUSSELL LOUBSER:  What type of incentives are you talking about – just to do your job?

GUGULETHU MFUPHI:  Perhaps to be encouraged to do good, and to keep people accountable.  I think it’s human nature oftentimes, that we feel we need to be rewarded.

RUSSELL LOUBSER:  Well, having a job and being paid for whatever that job is – that should be the incentive.  I don’t know if you’re implying that there should be additional incentives.

ALEC HOGG:  Well, SARS tried that, didn’t they?  In fact, they probably still have it where if you rat on somebody, they’re caught and they pay more taxes, you’re almost like a bounty hunter. You’re talking about something a little deeper, aren’t you?

RUSSELL LOUBSER:  I’m talking about something deeper, that you actually want to do a good job – the job that you were employed to do.

ALEC HOGG:  How do you stop it?  The other day, I was coming here to the studios and it’s the taxis…we always bash the taxis, but it really is incredible here at the Sandton turnoff…how the guys will just come and chuck in.  I took a photograph and I thought ‘I’m going to put this on Twitter.  I’m going to expose this’ because we do have these social medias.  I guess that’s a starting point.

RUSSELL LOUBSER:  Yes, maybe the incentives you were implying was that you can phone a line and say ‘this registration number has just done this’ or send a video clip of that to somebody, and that you are incentivising somebody to rat or to split on somebody.  I don’t like that type of incentive.  I like the incentive where the traffic police person does his/her job the right way, honestly, all day, and every day, because that is what they are paid to do.  That is what they are supposed to do.  That’s the type of incentive I would like.  How do you fix it?  Well, it only comes from the top.  If the example is not being set from the top – and I’m talking about the very top, the very top of the country, the very top of the police force, or the very top of a company – if they do not set the right example, well then it is moronic to expect that the people below will set the example.  The example has to be set from the top.  If it’s not, well then don’t be surprised if perverse things happen below.

ALEC HOGG:  So we have an Nkandla…we are going to reap the whirlwind.

RUSSELL LOUBSER:  There’s no question about it.

GUGULETHU MFUPHI:  But does he have a Thuli Madonsela?

RUSSELL LOUBSER:  Well, you see, that’s the type of example that I’m talking about.  Do we have the people to fix this?  There’s no question about it, as with Thuli Madonsela.  Do we have enough of them?  We do.  Do we however, have enough of them in positions where these things can definitely be fixed?  No.  We know that’s not the way the government works.  It’s still a question of deployment, jobs for pals etcetera, and that’s why we find ourselves in the situation that we are.  None of that can’t be fixed, but there’s no guarantee that it will be fixed.

GUGULETHU MFUPHI:  So get the right people into the right jobs.

ALEC HOGG:  We have an election coming.

ALEC HOGG:  Vote for the right people.  I’m sure Julius Malema’s saying ‘yes, I’ll do it’.

GUGULETHU MFUPHI:  Well thank you so much, Russell.