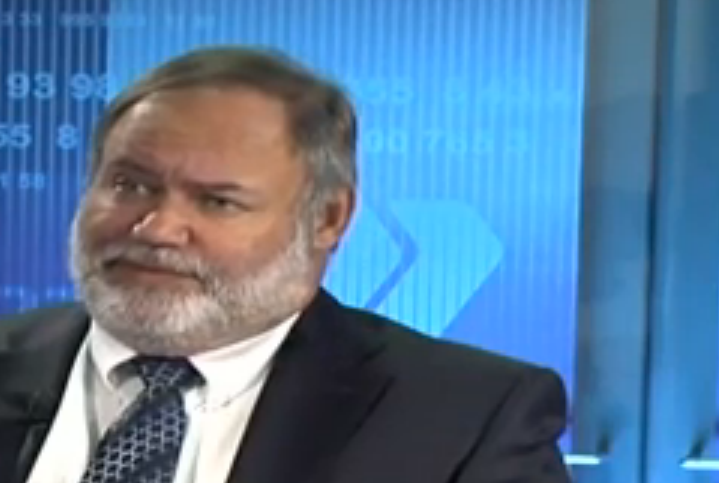 This interview gives a neat summary of the key changes that are coming to the South African retirement savings industry. First, there are some changes to the tax laws. Starting in March next year, you can deduct up to 27.5% of your income as retirement savings if you’re putting that money into an approved vehicle (up to a cap of R350,000 a year). This should help incentivize people – especially middle income people – to increase their savings rate to save on their taxes.

Now, if the extortionate costs of South African retirement savings vehicles could just be checked… – FD

ALEC HOGG: South Africa’s Retirement Fund industry has undergone some important changes, but according to PWC, there’s still a long road ahead with much stronger reform, regulation, and supervision expected in the near future. Gert Kapp, PwC’s National Retirement Fund Leader for South Africa joins us now for more. It’s interesting to see how the titles have developed. The guy who started Yahoo! was just called the Chief of Yahoo! You have quite a long title. What does your business card look like?

GERT KAPP: I don’t have a business card.

ALEC HOGG: But you’ve been focusing on retirement. It seems to be more and more in focus here, in South Africa, not least amongst the Department of Finance Treasury. Looking at ways, I guess that if our investment performance has been good, yet very few people are retiring in a comfortable position. There’s something going wrong.

GERT KAPP: Yes, I think it’s closely linked to the investment performance, but it’s also closely linked to the type of funds that we do have. As you know, we’re in the fund contribution environment. The new Treasury papers move towards fund contribution, but only a limited withdrawal under pension so as you grow older, you don’t spend your money. I just listened to the previous speaker as well. You’d rather pay off that loan, which can go bad. Yes, I think it is a problem worldwide but I think in South Africa more particularly, you have to have forced savings and savings vehicles, to really force people to save and the easier vehicle is that of the Retirement Fund because it’s a vested industry.

ALEC HOGG: But we heard a lot in the budget from Pravin Gordhan, the Finance Minister, about retirement reform. What’s the state of play at the moment?

GERT KAPP: Importantly, the four papers are already out at National Treasury and then the date of the 1st March 2015 will be the watershed date, when the Taxation Law Amendment Act comes into force. The most important part is that of the capping of the contributions, taking all retirement or savings vehicles into account, the increased level – if you’re not already on the cap – and most importantly, the portability of your retirement fund savings and the preservation thereof.

ALEC HOGG: All right, so there are three issues. Let’s start with the cap. How does this…if you have a cap on the amount that you can save, how does that encourage people to save more for it?

GERT KAPP: I think the cap is more there to be a more equal basis of deduction, from an income tax point of view, but I don’t think your retirement fund savings should be driven by income tax incentives.

ALEC HOGG: But I still don’t understand. Why would there be a cap on your retirement savings, if you want to live…

GERT KAPP: I think it’s from a taxation point of view.

GERT KAPP: It’s a tax driven thing but I think the more positive thing is where the current contribution cap is 20 percent; it has been increased to 27.5 percent.

ALEC HOGG: What does that mean, Gert?

GERT KAPP: That means that your contributions are tax deductible – 27.5 percent, but up to the cap of three-fifty.

ALEC HOGG: So if you own, let’s just say you earn a hundred-thousand rand a month.

GERT KAPP: Then you can take 27.5 percent of that as your retirement fund contributions, and that will be tax deductible, up to the cap, so it’s an incentive.

ALEC HOGG: Okay, so we can’t argue with that. That is pretty sufficient for everybody.

GERT KAPP: Yes, and I think it is incentivising and if you look at new savings vehicles, to have interest free savings vehicles also on the cards. I think it’s to reach the wider population because there are those in informal employment as well. The most important thing, if you can achieve that, is the preservation. In other words, you can’t take your Provident Fund when you change jobs or you eventually retire at whatever age, let’s say 55, that you can only commute one-third into cash but the two-thirds you buy an annuity or a retirement pensions vehicle. I think that will make a huge difference because nowadays you take the whole bunch, you buy that car you’ve longed for and then you have nothing for retirement.

ALEC HOGG: Yes, but the problem is you also might take the whole bunch and fix up your home, which could be in a rural area. You could be buying cows. You could be investing in your daughter’s happiness through lobola. You’re old enough to remember 1983. There was a Pensions Preservation Recommendation, from the Wiehahn Commission, if you recall and South Africa went out en masse, on strike. It wasn’t just the Unions who were against it. South Africans don’t like being told what to do, in the best of times. Do you think it’s realistic that Pension’s Preservation Legislation will have no kickback from the population?

GERT KAPP: No, I think it will have some kickback but I think it must be in such a way that you achieve the final goal. At the final goal you realise it is good times we’re living in, you get returns of 26 percent p.a. but I think one tends to forget the 2009 recession, when it was -30 percent. Then you have a different angle on that.

ALEC HOGG: But Gert, people are logical. People know that a big portion of their retirement savings are being sucked up by costs. They look around them and they see the massive big offices. They see the (with respect), Coronations results – R2.5bn in profits from a company like that and they say ‘Why shouldn’t I go and buy a few more goats?’

GERT KAPP: Yes, part of our survey also indicates that cost is an issue, and if you look at the participants in the survey, the recognised costs… It’s up to those Boards of Trustees to take a careful look at the investment structure. Why don’t you opt for cheaper investment options? It’s the Board’s task. If you want to protect Members’ interests, you really need to protect them.

ALEC HOGG: People are rational. People look at that and they say ‘our Trustees are not qualified. They don’t really care about making those decisions’. In many instances, the Trustees are certainly not sufficiently educated to make those differences. Consequently, the costs are still higher. I think the point here is what is Treasury doing about costs? Are you expecting that Treasury will be focusing more attention on it?

GERT KAPP: I expect that. I think one of the papers definitely… In future, one can see a standardised cost and really a focus on excessive costs and maybe – I’m not an investment manager – but a focus on performance based fees. Maybe you need to cap that because if the market performs you need to do something, you really have to outperform the market, which I don’t think, currently, really happens. I think it is difficult to outperform the local market.

ALEC HOGG: Gert, you’ve opened up quite a few Pandora’s boxes there. Thank you very much for your contribution today. It’s a fascinating subject.

GERT KAPP: It’s a pleasure. Thanks.

ALEC HOGG: Retirement is interesting. It’s one of those subjects, which is like an onion. When you start peeling off the layers, you realise how little we do know as a nation, about what happens to our Retirement Funding. However, underlying it all is this view – I’m absolutely convinced of this – that people are rational, people are logical, and they’re saying ‘well, if I’m going to lose half of my money through costs anyway, why not take it out and buy that car? Why not live now and maybe buy that cow or, as I’ve said before, my daughter’s happiness?’ That was Gert Kapp, PWC National Retirement Fund Leader for South Africa.