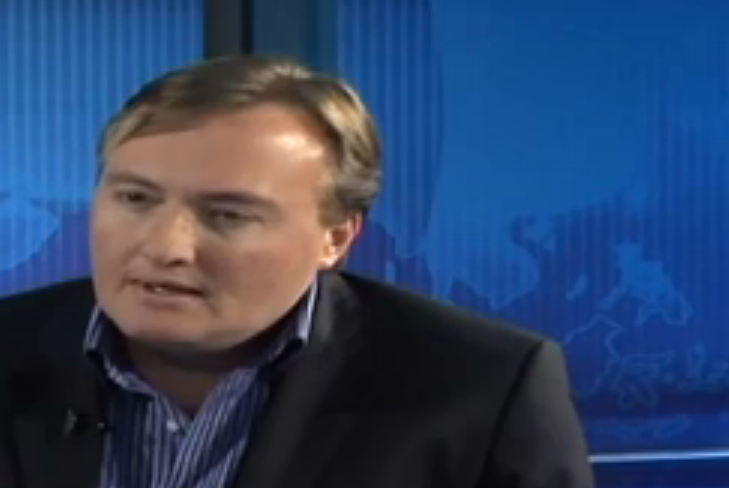 Yesterday, we heard from David Shapiro that middle income consumers in South Africa are feeling the pressure as the slowing economy, rising interest rates and inflation, and rising unemployment begin to bite.  This sentiment is echoed in today’s interview with Tsogo Sun boss Marcel von Aulock. Tsogo delivered strong earnings growth of 18%, but von Aulock points out that this was in large part thanks to the impact of acquisitions. The core casino business grew by a more-modest 5%, suggesting that the middle-class customers that Tsogo relies on are under pressure.

If Shapiro and von Aulock are correct, then a number of South African companies will see slower growth over the next eighteen months or so, including any companies that rely on consumer spending from retailers to leisure companies to food and beverage manufacturers and beyond. – FD

ALEC HOGG: Welcome back to Power Lunch. Despite a tough economic period, Tsogo Sun has announced very strong full-year results. Joining us live here at the JSE to unpack the numbers is Marcel von Aulock. He is the CEO of Tsogo Sun. It is strong – 18 percent. In the last couple of days, Gugu and I have been talking to CEO’s who’ve disappointed – certainly, disappointed the market. A double-digit growth now, in this economy, seems to be good going. In your sector, it would be excellent going. You’re almost up to 20 percent. We were talking the other day as well about the new broom sweeping clean and maybe reenergizing the troops in hospitality, which of course, is very important – being in the people business. Has there been much of an impact of that, this time?

MARCEL VON AULOCK: Look, we’re very happy with the numbers, but it is in a tough environment. What helped us in this year in particular, was a lot of acquisition activity that we did. We try to make sure that every transaction we do is earning from the onset – immediately – and not based on a long-term future strategy that may or may not come through. Quite a bit of that kicked in. We bought out the minorities in the Sun Coast Casino. We bought the hotel in Nigeria – that was a lucrative buy for us, mainly because the funding cost is so low, and then in the core operations casino win was slow at five percent, which is really the concern. It tells you the consumer is under pressure.

MARCEL VON AULOCK: The amount we take in casinos, which is a big chunk of our business (60 percent of our revenue) only grew by five percent, and that’s really akin to retail sales etcetera. We sell entertainment and leisure. It’s a pure consumer play and it tells you that the consumer is under pressure. Where we managed to boost the revenues was that our hotel income was up, largely though better mix and better pricing, and our food and beverage revenue (it’s not a big number in our lives) was up 22 percent. We focused on bringing restaurants in-house. We focused on using our assets better in the period in a very difficult environment, still. The consumer is not healthy at the moment.

ALEC HOGG: How many of the bottom-end consumers would go to the casino? We were talking earlier and saying ‘if I only had R1000.00 in my pocket and that’s all I had, I would go and put it on red or black’.

MARCEL VON AULOCK: No, we find our market is middle-class South Africa, akin largely to the same consumers that go to Woolworths. If you look at where our casinos are, we know from our database that 95 percent of our win comes from a 25km radius around our casino. It’s rather localised and based on the classic, middle-class South Africa. The other example of that, why we don’t for example, have casinos in Africa is precisely because there is no middle class. There are many people. A few are wealthy, and many are very poor and the poor quite obviously, have bigger problems in life than worrying about casinos.

GUGULETHU MFUPHI:  Maybe that draws us to the recent acquisitions that you did. As you mentioned, Sun International, and the deals in KZN as well as the Western Cape, but Pretoria is a very interesting one, which Alec alluded to earlier on with Sun International wanting to move Marula to the Pretoria area and that might potentially have an impact on Montecasino.

ALEC HOGG: Maybe we’re scheming things that aren’t there, but there was a deal in Cape Town. Pretoria is quite a big story now for Sun International – to try to get Marula into Pretoria. You have Monte, which might be affected by something like that.

MARCEL VON AULOCK: Yes, there could be an impact on Montecasino. Both Montecasino and Silver Star pull from the Pretoria market. The real impact of that relocation would be on Emperors. They get, by their own papers, 20 to 30 percent of the revenue from Pretoria, so it’s a major issue for them. Look, I don’t blame Sun International for trying the relocation. I’m not sure they’re going to get it right because there’s a whole legislative process and the license they’re trying to relocate was a pre-1994 license. There’s a big drama around the thing. In the end, they’re trying to do something with the assets they have and you can’t complain. That’s their job. That’s really going to end up being a fight between Piermont and Sun International.

MARCEL VON AULOCK: We would pick up a bit from there, but it’s not vastly material in our lives.

ALEC HOGG: And the Western Cape?

MARCEL VON AULOCK: The Western Cape is a good financial transaction for us. It’s an opportunity to buy directly into a license at a license level, as opposed to up at the holding company where you usually get all the other sagas and debts etcetera, at a very attractive price. We are 53 o0r 56 percent black-owned, we have cash, and it’s quite unusual in this market so when GPI wants to exit, they don’t have many buyers lined up. The nice thing about that deal in many ways I guess is that some of the egos are out of the casino system. If you look at it, it makes financial sense to us. Do we mind that Sun International runs a casino that we own a chunk of – not at all. The market ultimately, will determine how good those returns are. We think it’s going to be quite lucrative and as a province, we didn’t have big exposure. If you put this all together, we’re probably exposed to 50 percent of the casino in the Western Cape now, which is great for us. It means it doesn’t really matter which province gets in: we’ll do well out of it.

GUGULETHU MFUPHI:  Something else you’re rolling ahead with is the refurbishments. We know that the hotels along the Durban coastline as well as Gold Reef City here for locals like us here in Johannesburg…quite a bit of money that you’re throwing into that one.

MARCEL VON AULOCK: Our whole view has been that we have a really good asset base. Our casinos are well located. They are all new generation casinos. What we need to do is make sure the facilities are good and the capacity is there. In the casino environment, there’s a lot of increase in floor space etcetera associated with that, and creating additional facilities like movies, tenpin bowling, and additional restaurants etcetera. Is there’s a massive demand for that at the moment? Probably not (for the increased capacity), but these things take years to roll out so you can’t wait until the market’s booming and then say ‘well, now I have to roll this out’. It takes you three years to build it, so we’ve focused very much on getting our license capacity increased and putting the new facilities in place. In the hotels, we have a great portfolio. You couldn’t afford to replace that on current building costs, anywhere.

ALEC HOGG: What is the replacement cost?

MARCEL VON AULOCK: If you take a four-star hotel now, you’re probably looking at between R1.8m and R2.2m per key. We’ve been buying and renovating assets at between five-hundred-thousand and R1m per key, so the build cost is a great portfolio, but you can’t use it because times are tough. Even in hotels where you had good growth this year, occupancies are still

in the maintenance. You have to keep the product up to date and for us, it makes a lot more sense than running around, trying to build new hotels at a massive build cost, which we can never get a return on.

GUGULETHU MFUPHI:  And the promotions you’re running – the likes of Sunbreaks -is that helping to attract consumers?

MARCEL VON AULOCK: Yes, what we focused on quite a bit during the last year was the Tsogo Sun brand. There was a huge confusion with Tsogo Sun and Southern Sun, never mind us at Sun International, and nobody really understood what was in our portfolio. We pushed that Tsogo Sun brand quite strongly and you’ll see many of the promotions come out of that now. We try to combine casino and hotel promotions. In Durban in particular, the revitalisation and the re-launch of Elangeni Maharani has been great for us. That hotel did, I think, 17 or 18 percent increase in EBITDA last year. The promotions and leisure activities going on to Durban, all under the Tsogo banner, really see a kicker in our volumes and that’s something worth looking at.

ALEC HOGG: I need to go and looking at my old stamping ground. I haven’t been to those two for a while. Marriott’s entrance into the market: it’s a small deal in relative terms – R2bn – by they’re a big name.

MARCEL VON AULOCK: The interesting part is that Marriott didn’t come in to build Marriott’s or to put the Marriott name up. They came in to buy the Protea name and that is something we’ve been pushing for a while. In most markets, where you have a developed local industry, your name is much stronger than your international brands are. The internationals tend to expand quite successfully in emerging markets such as China and the Middle East etcetera. In South Africa, your names like Southern Sun, Garden Court, and even City Lodge etcetera are strong local names. What Marriott realised is that they weren’t going to get too far trying to put up Marriott flags around, so they went and bought a local name, which is Protea. We don’t see any impact from it. To the extent that Protea were doing whatever they were going to do – that’s what Marriott bought and I can see why they’ve done it.

GUGULETHU MFUPHI:  Well, interesting insights, Marcel. Thank you so much for your time today. That was Marcel von Aulock, Chief Executive of Tsogo Sun.