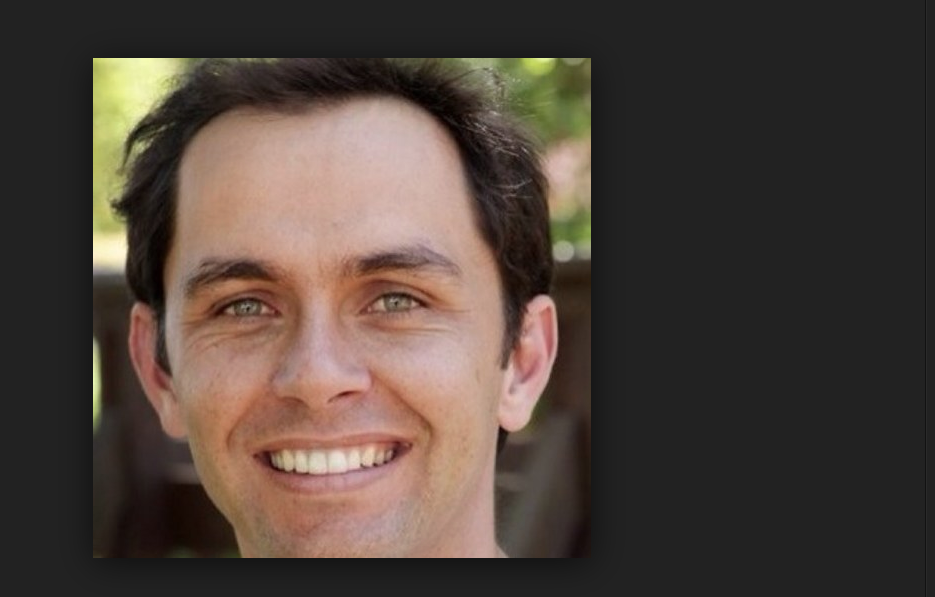 A while back, Stellenbosch got a lot of attention for becoming South Africa’s first “Wifi Town”, when the town, in partnership with Mxit and the University of Stellenbosch, rolled out a free wifi network to serve the people – especially the low-income people – of the community. Lately, though, the project has been getting some bad press, as problems with the administration and management of the network have developed.

Alan Knott-Craig, whose Tshwane free wifi initiative Project Isizwe we have previously discussed,  has taken some flak for the chaos in Stellenbosch, but in this interview, he explains why he and Project Isizwe are not to blame for the confusion. Let’s hope that the bad press doesn’t derail Isizwe, which is a promising project that should be pursued. – FD

GUGULETHU MFUPHI:  Welcome back to Power Lunch. Alan Knott-Craig Jr. Chief Executive of Project Isizwe was involved in rolling out free Wi-Fi in Stellenbosch through Mxit and now, through Project Isizwe but all is not well. He joins us now for more insight. Alan, what’s the real story going on here?

ALAN KNOTT-CRAIG: Well, it’s a bit of a mess, what’s happening in Stellenbosch. The long and the short of it is whilst Project Isizwe is very involved with the Tshwane rollout and some other rollouts in the Western Cape, we’re actually not formally involved with the Stellenbosch free Wi-Fi. When I was running Mxit, we became involved with the municipality and a very successful project where we had free Wi-Fi in eight or nine locations but subsequent to me leaving Mxit, the project became a bit of an orphan. Whilst I’m certain that Mxit and the municipality are very keen for the ongoing support of it, Isizwe hasn’t been appointed as a network manager yet. Until the city appoint us a network manager, it’s very difficult for us to manage the network.

ALEC HOGG: So you’re taking the heat but in fact, you’re not involved.

ALAN KNOTT-CRAIG: Yes. The long and the short of it is we are taking the heat and we can’t fix the problem. We’d love to fix the problem. We’re not allowed to fix the problem. On the other hand, if it wasn’t for that great press and the great story we got out the Stellenbosch free Wi-Fi, I don’t think Tshwane would have gone with Project Isizwe down the line. We therefore have to take the good with the bad, but suffice to say that we’re doing everything we can to try to get some of us up and running.

GUGULETHU MFUPHI:  With Stellenbosch, you mentioned a project manager there. I understand that Mxit supplied the bandwidth, but monitoring that was the key issue there.

ALAN KNOTT-CRAIG: I think its working, so don’t get us wrong there. The Stellenbosch free Wi-Fi definitely works. The issue is there doesn’t seem to be anybody who’s responsible for it, so if the media phones, no-one can answer questions. The network works, but there’s no real firm strategy for short-term expansion and there’s so much demand because it’s not as though anybody hates free Wi-Fi. Everybody loves free Wi-Fi. I think it’s more a question of ‘where’s the ownership and who’s exactly responsible for this’ and that’s where the confusion is.

ALEC HOGG: You live there. Do you use it – the free Wi-Fi?

ALEC HOGG: Is it that strong – good enough?

ALAN KNOTT-CRAIG: Yes, absolutely. In Stellenbosch, our average speeds are probably 1mbps, but in Tshwane, it’s 7mbps, so the product we’re actually pushing is not a mediocre product. In fact, it’s probably better than the ‘paid for’ service.

ALEC HOGG: If you get involved in Stellenbosch, you’ll have faster Wi-Fi at home.

ALAN KNOTT-CRAIG: Yes, I hope so. Bear in mind though, we did try to focus on the low-income communities. The priority is not where I live. The priority is Khayamandi, Ida’s Valley, Soshanguve, and Atteridgeville. Those are the areas where the need is the biggest and funnily enough, it’s the area where we can pull out the lowest cost access.

ALEC HOGG: Moving on from Tshwane, are there other parts of the country besides Stellenbosch, where you are now making progress?

ALAN KNOTT-CRAIG: Yes, we’ve been awarded a tender by the Western Cape Provincial Government, where we’re rolling out capacity for ten thousand people in Robertson and ten thousand people in Atlantis in the next couple of months. We’re hoping for that to be extended for the whole of rural Western Cape and we’d love to see that model replicated in places like the Eastern Cape, KwaZulu Natal, and our probably our hottest next prospect is in the Northern Cape.

GUGULETHU MFUPHI:  How much does all of this cost?

ALAN KNOTT-CRAIG: Look, in the smaller scheme of things, it’s a lot of money and in the bigger scheme of things; it’s not a lot of money. For instance, we’re doing capacity for one million people for Tshwane, and that’s costing about R53m. It works out to a cost of about less than R1.00 per Gig per user per month. If you think about how much you’re paying for your 3G, it’s more like about 80 cents per mb, where we’re hitting the cost… We’re managing the cost at about R1.00 per Gig, and it’s one thousand times bigger than one mb, so it’s very frugal. The trick has always been to just keep it light on overheads, keep the CapEx costs down, and try to find bandwidth from guys with spare bandwidth.

GUGULETHU MFUPHI:  With regard to keeping the CapEx down, does that also mean minimising the number of stakeholders involved, which might have been a mistake that happened in Stellenbosch?

ALAN KNOTT-CRAIG: No, Stellenbosch just lost its jockey, in a sense. The nice thing about Isizwe going forward is an entity that runs by itself. It’s a legal entity. It’s not a handshake. The equipment is actually very similar, although we keep updating it with new types of equipment. It’s very exciting what’s happening in this Wi-Fi space. Right now, we can roll out a data network. Per site, it can cost ten thousand Rand. In the old days, it would have been two-hundred-and-fifty-thousand Rand. That means in six months the technology becomes redundant and it is becoming redundant every six months. You just replace the network and you don’t have to justify why you’re not having your seven-year payback period. For me, the excitement about all of this is not so much anymore the Tshwane and the Western Cape etcetera. The excitement is about the potential for a national free Wi-Fi network, absolutely, ubiquitous free Wi-Fi highways.

GUGULETHU MFUPHI:  Won’t you eat into the mobile operators’ lunch (as well as the likes of Telkom)?

ALAN KNOTT-CRAIG: Well, the mobile operators in many ways are looking for this type of solution. They’re trying to move away from CapEx-heavy stuff and especially in the areas where they’re not making money on the network. Where we want to focus is on those less profitable areas, which would be the low-income communities and rural areas, and we’re providing them with a data network they can offload onto, so to be quite honest, it’s a solution in many ways for these guys. We haven’t come up against them and they’ve actually cooperated with us in many ways.

ALEC HOGG: Surely, in time the logical endgame…would you disrupt their data networks, if you are so cheap, relative to what they’re charging?

ALAN KNOTT-CRAIG: I think there’s always going to be a market for a very high quality ‘paid for’ 3G – that’s mobile, and Wi-Fi is never going to be old. Free Wi-Fi will never be old. It will always be a guaranteed service and it’s never going to be as mobile as 3G, so that’s where they make their money. If they look at their network stats, they’re not going to feel like anything’s being cannibalised there. They do also have a lot of infrastructure in the ground that they’re not sweating right now, so they guys have spent the last six years spending billions on fibre in the ground, and what we are doing is creating a whole new revenue opportunity where the government gets into the game with subsidised broadband for the masses. For them in fact, our success is a new revenue opportunity.

GUGULETHU MFUPHI:  Does that mean you’re not a potential target for any of the bigger technology players?

ALAN KNOTT-CRAIG: No, not at all. We’re non-profit, so sadly, I can’t buy a jet. It’s still very much on my roadmap of my dreams.

ALEC HOGG: That jet will be indefensible, you know. It’s not something that you ever want to be seen in.

ALAN KNOTT-CRAIG: That’s definitely on my list of things, but as a non-profit, we can’t do that and we can’t be bought either. This is not a lifetime ambition and this is not going to last for 100 years. This is really just to show the government and the private sector what can be done, running on frugal data networks, and using Wi-Fi.

ALEC HOGG: So when are you going to start working on that jet?

ALEC HOGG: Maybe in the short term. No, maybe not, because you live in Stellenbosch, don’t you. You don’t want to go up against those guys if you don’t have to.

ALAN KNOTT-CRAIG: I actually just steer clear of the stock market. I’ve learned my hard lessons about speculations and I’m all about doing what I do best, and right now, it’s about telecoms.

ALEC HOGG: The runway for Isizwe: how much longer are you likely to remain as involved as you are?

ALAN KNOTT-CRAIG: On the one hand, I have more two or three years. On the other hand, if it is longer than that, then it means we really have taken off like a rocket, which is quite exciting. I don’t want to put a line in the sand, but I guess three years would be a point at which you can hand over the baton and ‘off I go’.

GUGULETHU MFUPHI:  You’re still young. You have lots and many years.

ALEC HOGG: You need a jet. Start working towards that. Are you working on yours – your helicopter?

GUGULETHU MFUPHI:  I’ll talk to Alan after this. I’m starting with a helicopter. Thank you so much to Alan Knott-Craig Jnr, Chief Executive of Project Isizwe.