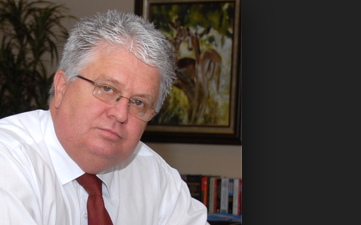 The South African economy is currently being held ransom by a strike that is running well into its fifth month, and appears to show no signs of slowing down. The big problem is, is that the middle ground of clarity, and rationale is separated by leaders on opposite ends of a chasm that seems insurmountable. Not only is the strike having devastating consequences on the mining industry, and the families of striking miners, it is also having an irreparable plundering effect on the communities they live in. This quagmire is only added to by labour unrest rippling through the rest of economy, in this new, unpredictable environment. The variables that are contributing to the unrest are unprecedented, and the opposing sides do not seem to understand the perspective of their adversaries, which means that no-one is on the same page – the necessary ingredient to ending a very costly strike. More worrying than this though, is the bigger picture, why invest in South Africa, when you can do so in other African countries for less money and less labour risk? Alec and Gerhard Papenfus, Chief Executive of the National Employers Association of South Africa (NEASA), mercilessly dissect the reality of the situation, its impact, its potential resolution, and the dire need for an economic CODESA in South Africa. -LF

GUGULETHU MFUPHI:  With several weeks of work loss, due to strikes in the platinum industry and even more strikes looming in the metalworkers industry, due to wage demands not being met it does seem as though current industrial action is forcing South Africa into a lower growth trap. Gerhard Papenfus, Chief Executive of the National Employers Association of South Africa (NEASA), joins us now to discuss this further. Gerhard, I’ll be the first one to talk to you today, so that I can be nice. Alec won’t be mean, but to pick up on your assessment of the platinum sector strikes as well as the ongoing pressures in the metals environment, from your association, I’m sure things aren’t looking too pretty.

GERHARD PAPENFUS: Well, as far as the platinum strike is concerned, who knows what is going to happen there? How are they going to get themselves out of this corner? I thought when the new Minister intervened that that perhaps, wouldn’t necessarily have made a change in respect of the offer, but that could have given them an opportunity to get out of this thing symbolising a different kind of intervention, which could have assisted them, and they’ve turned it down. I don’t know what more anybody can do, to get them.

ALEC HOGG: There’s a miscalculation here, Gerhard. The mining sector thought it would work, and they went in from that perspective. Now, it is five months in and they’re saying ‘but how can these guys continue to last?’ They’re supposed to have ten dependents, who are looking to them for money. They haven’t worked out that life has changed. We have a social neck now.

ALEC HOGG: They can. They’ve lasted for five months.

GERHARD PAPENFUS: But somehow, they are lasting. The workers have lost, I think, approximately eight-billion in wages now and as you say, something else is supporting it somehow, and nobody knows. We don’t know how it works. We are not within that…

ALEC HOGG: Well, 20 percent of the workers have resigned. They’ve got their pension funds. They can last another six months – comfortably. Can the mines last that long? That’s my question. It is almost like the two parties went in with different ideas of reality and the executives have gone in with an idea of reality of, which was, ‘oh, well, they can only last for a certain period of time’ and every day that the strike continues, the executives are scratching their head and saying ‘why?’ Whereas, on the other side, the strikers are saying ‘it’s okay. We can keep going’.

GERHARD PAPENFUS: But even if the executives haven’t misjudged the situation, what alternatives are there? If I can link this to what we are faced with, what do you do if you can’t meet the demands? What do you do?

ALEC HOGG: Well, we spoke yesterday. He was telling us about Economic CODESA. Surely to goodness, was it Clem Sunter who said, at the time, that we should have had an Economic CODESA because the Parties are so far apart. Unless everybody gets into the room, gets their heads bashed together, understands the damage that’s being done to the economy and where potential future does lie, we’re going to have these things. You guys… I mean the metals industry… You must be fearful that many more people are going to go out of business, as a consequence of your looming strike.

GERHARD PAPENFUS: Yes, well you must understand, our industry employs somewhere between four and five-hundred-thousand workers. The Unions say that they represent two hundred of those. Now, will only two hundred go out on strike? NUMSA said yesterday they will strike. They more or less said they are going to strike, although we’ve set aside two weeks, for negotiations. We’re so far apart I don’t think we will realistically meet each other but if two hundred strike, companies will survive, but we know that strikes are not effective until there’s violence and intimidation, so that two hundred will take out the other two hundred as well. That’s what’s going to happen.

ALEC HOGG: Yes, and then it paralyses.

GERHARD PAPENFUS: Well, then it paralyses the industry. Now, this industry hasn’t had a strike lasting for longer than three weeks in years. A decade or so ago there was a three-week strike. Since then, after two weeks, the strike more or less fizzled out.

ALEC HOGG: Now, all of a sudden, they’re looking… I’ll tell you what; can we just look quickly at what Pallo Jordan had to say? Christine Mundwa spoke to the former Cabinet Minister and ANC National Executive Committee Member, on his views on the strike. Here’s Pallo.

PALLO JORDAN:   There is a backlog and a deficit that the mining sector in South Africa owes its workers, who have been housed, for more than a century, in the most appalling conditions and compounds etcetera. The mining sector owes its workers that, for over a century – that backlog. It is still sustained by the Migrant Labour System. Now, in the past, the Migrant Labour System was leveraged by two things: taxes and, of course, landlessness, on the part of the people who worked in the mines. Taxes are no longer one of the levers to get people to work in the mines, but landlessness still is. You are not going to address that by Land Reform because these are people now who are earning their living as workers, in an industry. We should, in fact, be moving in a direction where they become settled mining communities around the mines, where they work, rather than moving from rural areas to the mines, where they work.

Now, these are some of the issues, which the mining sector should be seriously looking at and addressing, but there’s a reluctance on their part to do that. Now, given that you’ve got this situation, the wage demands of the miners and mineworkers might look very exorbitant to certain people, but if you consider what it takes to then run two households – because that is effectively, what they have to do – one household…

ALEC HOGG: That was Pallo Jordan. Well, whether you agree with him or disagree with him, the politicians are saying the mines owe the workers for the last 100 years. That’s the position that he is clearly taking in there. You can’t change 100 years overnight. We know that, but there doesn’t seem to be too much connection between the two parties now, and if you have one side that’s saying, ‘we don’t care. You owe us for the last hundred years. Fix it overnight’, the other side of the party does what, goes out of business or comes to the party?

GERHARD PAPENFUS: Well, we are in a catch-22 situation. There was a message for very long that ‘they owe us’, whoever they might be.

GERHARD PAPENFUS: That is not… it may be, and what is happening in the business of multinationals, I don’t really know. This is a mystery, but 90 percent of business in South Africa, 90 percent of employment is done by smaller businesses and medium sized businesses. That’s the backbone of the economy. If you have that approach, there is simply nothing to offer. There is nothing to offer anymore. The structure is such that it is so rigid that employers do not have the manoeuvrability and whether we like it or not, we are operating in a global world. Employers must now decide ‘will I manufacture here or will I send out the product and have it manufactured somewhere else’. That’s the reality and even if an employer says ‘I’m going to manufacture here’, and his competitor goes abroad, you’re out of the market. Whether we want or not, there are certain limitations, which we cannot meet. That is the reality, but there is suspicion created amongst the employees and the employers, and it is a question of, ‘you have much more to offer’. I know they don’t and, of course there are little, small, medium companies that are doing very well, but I’m talking in general. I know they cannot offer more. I see contracts being lost because of this company that is abroad, and that wants to give tenders to us, so you are not reliable; we’re going to give the contract somewhere else.

ALEC HOGG: You have a constituency. Why don’t you call for an Economic CODESA? The way things are going, people are talking past each other. If you’ve got somebody who wants a job, today he’ll get the job, and then tomorrow he says ‘I want back-pay for the last hundred years’. Surely, you need to get people into a room, bash a few heads together, and understand some of the home truths. Can you make it happen? Yes or no.

GERHARD PAPENFUS: You should have given me a month’s notice for this question.

GERHARD PAPENFUS: You know what; you’ve challenged me now, for something.

GERHARD PAPENFUS: I’ve heard about this CODESA, but if we do it, we really will have to talk to each other and explain. If we, as employers, are not coming to this table honestly, we need to be exposed. However, there are certain messages, which the workers are also fed, and we understand. A guy earning R5.000 a month can be already out-priced and we say ‘but that’s not sufficient for a proper…’ What do you do? There’s a system history we’ve inherited but if you go to Kenya their minimum wage, which is a regulated minimum wage, is less than 20 percent of our domestic worker’s wage. Now, a guy must decide ‘will I set up factory in South Africa or will I go to Kenya?’ He will go to Kenya.

ALEC HOGG: Well, if you can get the communication working, I’m sure that all of that will be addressed at some point. That was Gerhard Papenfus. We could carry on forever, but we’ve challenged him, he’s going to come back to our studio. He’s going to have this Economic CODESA put together with the help, no doubt, of Clem Sunter, and let’s get talking. Let’s get understanding. Let’s not talk past each other. There’s too much pain.