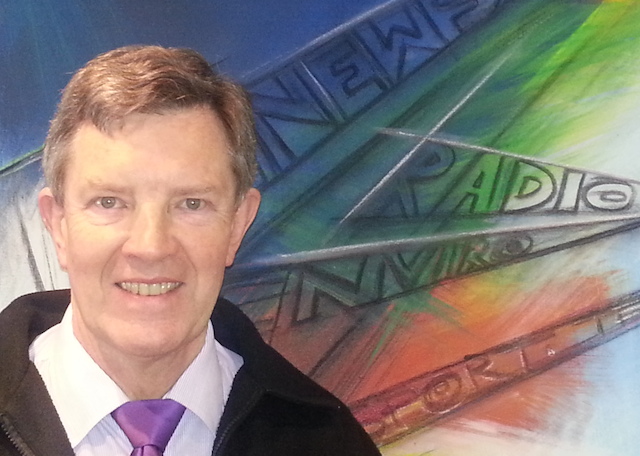 Kelvin Kemm’s organization liaises between the public and private sector, local and foreign interests on how nuclear will best fit into South Africa’s future electricity initiatives. So there are few better placed than the CEO of Nuclear Africa to bring sanity to this week’s shock announcement that the Russians are to build eight more Koebergs for $50bn. There is a lot in this interview to absorb and chew over, not least Kemm’s view that it makes sense to dust off SA’s scrapped Pebble Bed Modular Reactor (PBMR) programme. Another interesting disclosure is that of the three sites tipped to house nuclear plants, two are in the Western Cape province – the only one of SA’s nine governed by the Democratic Alliance which is staunchly opposed to the Russian deal. – AH

ALEC HOGG: Welcome back to Power Lunch. Nuclear Africa Chief Executive Kelvin Kemm is with us in the studio, helping us to understand the Nuclear Energy Agreement that was signed by Rosatom and the country’s Minister of Energy, Tina Joemat-Pettersson. Kelvin, thanks for coming through. Maybe just to set the scene a little…Nuclear Africa – what does it do?

KELVIN KEMM: It’s a nuclear project management company involved with bringing business, Government, and numbers together. There’s such misunderstanding over nuclear. We want to get all of that sorted out in order to get to the point at which South Africa can now become a world exporter of nuclear fabricated assemblies and components, to nuclear reactors all over the world.

ALEC HOGG: You’re definitely, quite clearly, in the nuclear camp.

ALEC HOGG: I was reading (thanks to Google Translate) the statement on Rosatom’s site. It’s very clear. The Russians believe they’ve signed a contract with South Africa. The amount is going to be about $50bn, R10bn of which will be generated in South Africa. There’s a long quote from our Minister of Energy on why this is such a great thing for the country and then we get the politicians backtracking the very next day. What is happening here?

KELVIN KEMM: Well, what appears to have happened is that the Russians were a bit enthusiastic with the way they issued the press release. What in fact happened was at the International Atomic Energy Agency (at the annual conference in Vienna, the South African Minister of Energy signed a technology cooperation agreement with Rosatom. That is for us to work with each other towards the development of various nuclear assemblies.

ALEC HOGG: Well, if I read what she’s quoted as saying, ‘I’m convinced that cooperation with Russia will bring South Africa the necessary competence to carry on this ambitious program. Rosatom is ready to assist South Africa in establishing a fully-fledged industrial sector of world-class…’ That doesn’t sound like she was… Maybe she was quoted out of context, but it’s pretty specific stuff.

KELVIN KEMM: Yes, it is. However, if you look at that carefully, it does not say we’re buying the Russian reactors. The current state of play is that the Government is definitely going ahead with 9600 Megawatts extra nuclear power. That’s three more nuclear stations, each about twice the size of Koeberg so this is substantial. The whole world has been watching us for some time now because South Africa seems to be a leader in this.

ALEC HOGG: A leader in…

KELVIN KEMM: In nuclear at the moment.

KELVIN KEMM: In a number of respects, I can tell you. For example, three days after Fukushima occurred a few years ago, the South African Minister at the time (Peters) was the only Government person in the world who stood up and said ‘we’re undeterred. We’re going ahead’. We’ve had huge compliments out of that. I get regular mails from all over the world with people saying to me ‘you’re the only people with the courage of your convictions to keep going and not chicken out’.

ALEC HOGG: But not from the environmentalists, the gas lobby, the coal lobby, or the oil lobby. There are competing interests here.

ALEC HOGG: Just to bring this back to what is going to happen from here: we did have the Pebble Bed Modular Reactor.

ALEC HOGG: We spent billions of Rands in this country. We had many scientists working on it. That was scrapped, but now we’re bringing in the Russians.

KELVIN KEMM: The Pebble Bed should never have been scrapped. It was the biggest nuclear development program in the world. It had something like 2000 people working on the project. It was huge and we were right. Unfortunately, they didn’t go out and make what was going on clear to the public. They didn’t have the right public support and to my mind, it was sad that it was closed down. There’s still thought of private enterprise getting going and doing it privately. It’s already currently under way.

ALEC HOGG: Could that have produced 9600 Megawatts?

KELVIN KEMM: Yes, it could have except that we wouldn’t have done it that way. The Pebble Bed Reactor is about 100 Megawatt reactor.

ALEC HOGG: Those are the little guys.

KELVIN KEMM: It’s about the power consumption of East London, for example – one reactor. One great advantage of Pebble Bed is it doesn’t have to be on a large body of water (like the sea).

ALEC HOGG: Is it possible that Government could dust off the PBMR and reassess it in the light of this enormous amount of money that we’re going to be paying the Russians?

KELVIN KEMM: Yes. After our leadership in the Pebble Bed Reactor, people (such as the Chinese) are currently building them now.

KELVIN KEMM: Yes, we were the ones who stepped forward in opening the path and people followed behind us. We then sat down and they’ve now gone past, basically. I’m convinced that reactors like Pebble Bed will definitely come about. They’re small. You can put them anywhere – not near big bodies of water – so they’re good for all African countries, for example. In the meantime, we are currently talking about the new 9600 Megawatts, which is like three new, big power stations – bigger than Koeberg.

ALEC HOGG: Where are they going to be?

KELVIN KEMM: The one is at Thys Punt, which is just south of Port Elizabeth. Conventional wisdom says that’s the favoured side, but no decision has yet been announced. There’s another one, called Bantam Clip, which is down, further south at the bottom of the country. The Koeberg site is currently the other site.

ALEC HOGG: So they’d have another reactor at Koeberg.

KELVIN KEMM: That’s correct. Right now, we have to get going with this. Where we stand is that the industry and business are wondering around a little bit, waiting for some leadership and the Government is sitting on the other side, saying ‘when are you guys going to show us what we can do’.

ALEC HOGG: Are two of those reactors in the Western Cape Province – proposed?

ALEC HOGG: Today, the DA, which controls the Western Cape, is having a massive anti-nuclear reactor press conference as we speak.

KELVIN KEMM: Yes. Sadly, the DA is wrong and it’s a pity that the DA doesn’t see it.

ALEC HOGG: It’s interesting. They’re going to be reaping the whirlwind there.

ALEC HOGG: Kelvin, thank you for those insights. I think it’s a lot clearer now. It’s not ‘full steam ahead’. It appears that the Russians jumped the gun. Perhaps our Energy Minister was taken out of context. Lots more water to flow under this bridge. Who knows? Maybe dusting off the PBMR, which this country invested in hugely in the past. That was Kelvin Kemm, who’s the Chief Executive of Nuclear Africa.