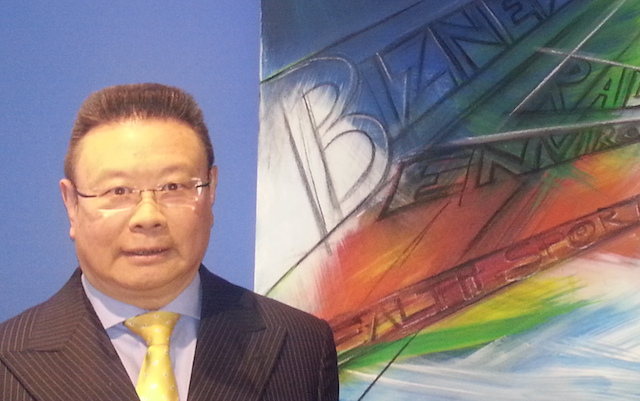 The appointment of the new head of SA Revenue Services, Thomas Moyane, has generally been welcomed by private sector tax practitioners. The former head of Correctional Services carries a good reputation, and although unquestionably a “deployed cadre”, follows in the footsteps of similar appointments who were unqualified successes. Tax specialist Ernie Lai King, who recently switched from ENS to multinational Hogan Lovells, came through to CNBC Africa today to talk about Moyane’s appointment and the contentious issue of transfer pricing. – AH

ALEC HOGG: Welcome back to Power Lunch. Joining us in the studio to talk tax, tax avoidance, and tax evasion, is the new Head of SARS – Ernie Lai King, Tax & China Practice at Hogan Lovells. Off camera, we were talking a little bit about Hogan Lovells, which is a big international firm.

ALEC HOGG: How long have you been in the legal fraternity in South Africa?

ERNIE LAI KING: Well, I’ve been in tax for about 30 years, much longer than I care to remember.

ALEC HOGG: And the switch to Hogan Lovells…

ALEC HOGG: So they see South Africa as a big opportunity.

ERNIE LAI KING: Yes, absolutely. They’re number six in the world and it’s their first footprint into Africa, and South Africa’s really going to be their staging board into the rest of the region.

ALEC HOGG: You have a close relationship with SARS. I’m not going to say ‘a good’ or ‘a bad’ relationship because clearly, in tax, that’s what you have to watch. The new SARS Commissioner: I remember when Pravin Gordhan was appointed there were all kinds of question marks. There are similar question marks, but perhaps not as large over Thomas Moyane because he seems to have done a pretty good job at Correctional Services.

ERNIE LAI KING: By all accounts, he did a good job. There was some speculation as to whether he retired or was retired and in fact, there was talk about him taking legal advice etcetera, so I don’t think we ever got to the bottom of that. From all accounts, he did a good job. He has a background in public administration and defence in Mineral & Energy and in Home Affairs.

ERNIE LAI KING: Minister Gordhan (at the time) and Minister Manuel (before) already laid the trail before them. Prior to that, there was always somebody who came up from the ranks as Commissioner or somebody from the financial world or the banking world. When Minister Manuel came in, he did a tremendous job. When Minister Gordhan came in, he did a tremendous job, too. They weren’t internally grown people and they weren’t necessarily in the finance world, and they did a splendid job, so Thomas Moyane has Ministers Manuel and Gordhan to thank for that. I don’t think there’ll be that much pressure.

ALEC HOGG: He has a good team around him although we saw what happened at Eskom with the changing of the guard there. Now they’ve lost another two really good people. Ivan Pillay has to be wondering – he’s been there since 1999 – why he didn’t get the nod and of course, his colleague who was drummed out of there… I’m not sure if we should get to the bottom of that story, but it still is… With Edward Kieswetter leaving, they’ve lost many good people at SARS – not quite the team they had in the past.

ERNIE LAI KING: The team at SARS is a good team. They’re an experienced team. They’ve done much. Those are the technocrats. As far as the Commissioner is concerned, the Commissioner’s ultimate responsibility is administration and the collection of taxes. The Minister of Finance would have discussed the appointment with Cabinet. They would have realised the importance of such a position – especially the credibility that’s required in that type of position – and I’m sure the position wasn’t taken lightly. As far as the Commissioner is concerned, he has the power to delegate. He delegates the administration, enforcement, and compliance, and I’m sure he’ll do that.

ALEC HOGG: So he has a strong team. That’s good news. Moving onto something else, that is currently hot in the tax world, which is transfer pricing around the world. What’s the state of play?

ERNIE LAI KING: The latest buzzword is base erosion profit shifting and in the U.K., we’ve seen the furore about Starbucks and Google. In the United States, we’ve seen that with Caterpillar. If we go through the emotion and the hype about that, which the politicians have really raised: if you look at it and you say ‘well, did they do anything illegal? Was it evasion as opposed to legal tax avoidance planning?’ Largely, I’ve never heard that anything was done illegally. It was all done by the book and we must remember that tax is not a universal law of ‘thou shalt not kill’. Tax is an artificial statute with a set of laws and if you work within those laws and you reduce your tax bill then the Government has a right to complain, and Government has the right to change the tax avoidance laws, but that’s about all it can do.

ALEC HOGG: And in South Africa, are our corporates guilty of doing ‘the Google’ or ‘the Starbucks thing’ as well?

ERNIE LAI KING: Well, let’s look at legal tax avoidance. Of course, evasion is a crime, but we’re not talking about that. If Government wishes to get into that arena, it must be careful, because it’s a two-edged sword. When Government says ‘listen, you must pay what is rightfully and morally due, not what is legally due but something more because you have the patriotic right or moral obligation, because we need this money etcetera’, taxpayers will say ‘Fine’. ‘What are you doing with the money?’ We have potholes. We have traffic lights that don’t work. We have a power crisis. We now have a water crisis. We have a housing crisis.

ALEC HOGG: Aren’t they saying that already? Are taxpayers in this country not already saying ‘I think I won’t actually, be 100 percent honest anymore, because I don’t like the way that my taxes are being applied’ in the same way as many people did during the Apartheid era.

ALEC HOGG: We’re not there yet.

ERNIE LAI KING: We’re not there yet. The issue of patriotism and the emotional aspect of it is a two-edged sword because the Auditor-General has said there’s been something like 30-billion in irregular spending. Now, the Katz Commission, which was some years ago, said there was a tax gap of 20-billion. The issue of compliance with the law from those days has improved remarkably from what I’ve seen, anyway. Of course, the people who come to see me are people who want to work within the law. People who don’t want to work within the law don’t need me.

ALEC HOGG: But it’s a good point that you raised there. We have Nkandla. I did a few numbers the other day – R250m (perhaps) is what it’s costing us – but that’s all capital account from the government, so that’s going to be funded through bonds over 20 years. Add up the interest costs and you’re talking about R650m to keep a President in the style to which he’s accustomed. I guess taxpayers have a right to feel a little bit aggrieved.

ERNIE LAI KING: I’m not for one minute exhorting taxpayers to have some kind of tax revolution, but I’m just saying that when we get into the emotional aspects of it as opposed to the objective legal aspects of it, politicians will find there’s a two-edged sword.

ERNIE LAI KING: Ernie Lai King is the Head of Tax & China Practice Group. I’m sure we’ll be talking with him in the future about that side because Hogan Lovells’ number six in the world – very big in China as well – and we know the growing role that China’s making in sub-Saharan Africa.

Remember, you can email us here on powerlunchabn360.com.