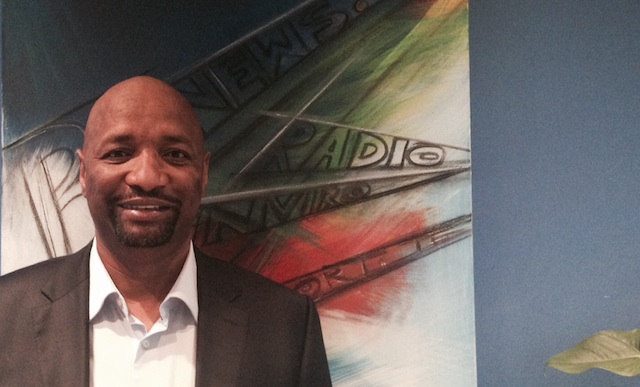 President Jacob Zuma and his cohorts should talk to Fikile Bili, the subject f this interview. He’ll tell them a thing or two about the real consequences of cadre deployment, the ANC’s deplorable strategy where party loyalty trumps competence. An approach which has encouraged the creation of modern day fiefdoms by some provincial party leaders. That South Africa’s municipal system is sick is well known – Pravin Gordhan’s switch of responsibility from the key Finance portfolio emphasises it. In this interview for CNBC Africa, Fikile Bili shows us the destructive consequences of a combination of Municipalities’ incompetence and corruption. The overarching message from this fascinating interview is that while cadre deployment is workable in a liberation movement, it’s disastrous for a modern economy like South Africa’s. Not everyone in the ANC appreciates that reality. Yet. – AH

ALEC HOGG: Has there been any change since (former Finance Minister) Pravin Gordhan moved across? We recall what a huge difference he made at SARS, he was a very good Finance Minister, and now he’s looking after municipalities….

ALEC HOGG: But if you’re saying ‘in future’ it suggests that at the moment, things are not good?

FIKILE BILI: He won’t make it alone. Look, he does not know the dynamics of municipalities. He is still gathering information and this is something that will probably take him the next two years to adjust. You must understand that the problem is deep-rooted. It has been there for the past 20 – more than 20 – years, so he needs to be surrounded by men and women who have knowledge and municipal backgrounds.

ALEC HOGG: Tell us about this deep-rooted problem. What exactly, is going on there?

FIKILE BILI: The reality is that we find municipalities in this current state simply because we think that if we are appointed to work with municipalities, we think that we are in power – that we are in control – forgetting that municipalities are the nearest department of Government, to the people. You’ll find that it is incorrect appointments of councillors, incorrect appointment of administrators, and that even includes municipal managers. What we need to do is look at men and women of reputation. For example, I was saying to a friend ‘we need former social workers and school principals to work as councillors, people who’ve been on the ground and who have served the people.

FIKILE BILI: Yes, unlike people who would see municipalities as low-hanging fruit. The reason they fight today is that everyone wants a piece of budget, which is very wrong.

That’s why we urge Pravin Gordhan to put systems in place to make sure that everything is accounted for.

TUMISHO GRATER: Fikile, you said Pravin can’t do this alone. What are you bringing to the table?

FIKILE BILI: That’s a good one. I strongly believe that Zandile Management Services is a company which deals with a lot of information that can help municipalities. For example, I did a data cleansing for one municipality where I picked up that if you leave Municipality A to go and work at Municipality B, Municipality A registers you as an indigent, which means you are unemployed. If you are in Johannesburg – that house of yours –  if you go and work in Pretoria, it means you are registered as unemployed. On the municipal system, you would be covered as unemployed, whereas you work in Pretoria.

FIKILE BILI: That means you don’t pay. I discovered such things. Unfortunately, in these particular municipalities, I’m going to the High Court because I was suspended, simply because I found it very disturbing that the municipality had not been billing 17,000 accounts since 2004. When you ask the relevant people ‘why are you not billing these 17,000’… Do you know how much 17,000 accounts are, which haven’t been billed since 2004? We are talking about over R1bn. The person tells me that we don’t have meters. I say ‘we have smart meters. Why can’t you just place an order? Why don’t you just leave a paving project and install meters’ because that revenue is the core function of the municipality.

ALEC HOGG: Is it incompetence or is it corruption?

FIKILE BILI: It’s a combination of the two. You can imagine that a combination of incompetence and corruption – it’s killing. You must also understand that if you say these things, you won’t get work.

ALEC HOGG: How are you getting work?

FIKILE BILI: I think I leave it to God. I always say I’m very arrogant, simply because this is my field of work. I don’t want people to tarnish the image of my field of work because for me, it’s no longer about business. It’s about dignity and pride. At the end of the day, I know whom I’m serving. I’m serving the people of this country – not individuals.

ALEC HOGG: Are people like you, winning? I think this is a very important question because many businesses in South Africa are saying ‘the tsunami is just washing over us’. You’ve given us examples of a real issue on the ground. Are you making headway or are the bad guys winning this war?

FIKILE BILI: Look, you need to understand that in South Africa, we have nine provinces.

There are those provinces where you find certain individuals who have centralised power. You’ll find that the person employs municipal managers. He employs CFO’s. He deploys mayors. Everything is deployed by him.

So he needs to give directive to whatever has been advertised. I worked in a province like the Northern Cape, where there is no mandate to cull anyone. I’m just working in a district called Pixley Ka Seme. I have a call centre in Kimberley. I’m employing young people. There is no mandate to cull anyone there because the municipal managers are CEO’s and CFO’s. They are in charge of those municipalities. The politicians in the province don’t interfere. I’m doing the same in KZN. There’s no political interference. I think the province is sober, as well. I’m doing Gauteng – beautiful province. I’m working for the City of Tswane. I’ve never come across the problem of my invoice not being paid in the City of Tswane, simply because the municipality is sober. They have good political leadership and I strongly believe that it’s good for them to have (political) opposition because it keeps them (individually) on their toes. As I’m saying, I’m going into the rest of Africa now – trying to see what Africa can offer me compared to South Africa.