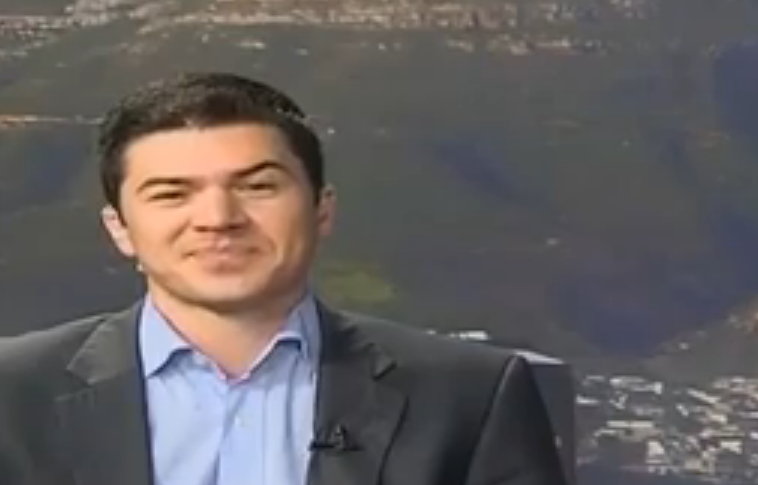 Home Affairs Minister, Malusi Gigaba, is wanting excessive immigration regulations imposed on foreigners crossing our borders for reasons of tighter security measures. The unintended consequences however are that positive revenue generating businesses like tourism, film, modelling and business outsourcing units to name but a few, stand to be severely negatively impacted by making it more difficult for foreigners to visit. Beverley Schafer MPP. DA Western Cape spokesperson for economic opportunities, tourism & agriculture and Jess Green from ImmigrationSouthAfrica.org deliver a cogent argument as to why an impact assessment needs to be done before these whims become hardcoded legislation. – CP

ALEC HOGG: The Economic Impact Report on Immigration Regulations was, handed to the Minister of Home Affairs, Malusi Gigaba. It tells us that Immigration Regulations are damaging many sectors of the economy but, most particularly, tourism, film and business process outsourcing sectors. All of which are major industries. Joining us from Cape Town to have a look at why this is happening and what could be done about it, are Beverley Schäfer, who is with the Democratic Alliance, and Jess Green who’s with ImmigrationSouthaAfrica.org. Beverley, let me just kick off with you, given the political impact of all of this. What is it that has driven these significant changes to the whole Visa Regulations, what’s behind the philosophy in the first place?

JESS GREEN: Well, my understanding so far, is that Minister Gigaba is trying, as he has mentioned, to balance what they call security imperatives and economic imperatives. However, it seems to be heavily weighted on the security side, with also no lead times for people to comply and this is causing a lot of confusion, and a lot of difficulty for a number of industries. And, yes, in general you will definitely see a bit of a dive in certain sectors, in the economy, unless something is done.

ALEC HOGG: Sorry, Beverley I meant to address that question to you, from a political perspective. What’s driving the politics the here?

BEVERLEY SCHÄFER: I think there’s a point that Jess made. It is really the fact that we’ve received numerous complaints, right up to our [inaudible: 01:41] reduction unit, to myself, to various people. The Minister of the Western Cape, on economic opportunities and the fact is that people are struggling. They are either…impact on business, as you’ve said and there was really no public participation process that was long enough for everyone to engage. What’s more important is this was not a Section 76 Bill. It did not come to the Western Cape for interrogation and for public participation. It was tagged as a Section 75 Bill and, therefore we had no opportunity to create input and have the public engage with this Bill.

ALEC HOGG: Yes, I get that but I’m trying to find out where the heads are, of the bureaucrats who actually implemented these destructive regulations. Are they trying to stop immigration to South Africa of certain units? For instance, you do say in the report, or the report does say that tourism from China and India has gone down by 80 to 90-percent. Well a hell of a lot of Chinese tourists, kind of stayed a bit longer than maybe their tourism visa has allowed them. Is that what the attack was?

BEVERLEY SCHÄFER: No, I think the attack, according to Minister Gigaba is based on the fact, that we had the ‘black widow’ incident, and that he believes and that he believes that security is at stake here but I’ve already questioned that. We’ve got three pieces of legislation that focuses on security in the country and why should visa regulations itself, be a component to actually focus on security? We should be using visa regulations creating opportunity for business and leisure industry and people to move across quite easily through our borders. Surely, we should be looking at the implementation of our security legislation, to manage and enforce criminality and people that overstay or are doing something incorrect in the country.

ALEC HOGG: You make a very good point and clearly, our borders are extremely porous for illegal immigrants coming through but just from your perspective. Business must have been, affected if it is now very difficult or much more difficult to get visas.

JESS GREEN: Yes, well from our point of view, on the one hand it’s fortunate for our business. On the other hand, it’s unfortunate for people. They now have to seek services such as ours, but you made the exact point there. It is quite ironic that the borders, I mean the security is the actual intention (tighter security measures), yet the borders are porous in many places. That’s the first ironic point; people are being paid not to look at someone who does not have a visa, for example at Beitbridge. Then you go and look in a country like Russia, people are struggling to get visas or postpone their trip or do not come at all because they have to fly all the way to Moscow, to appear in person. Yet Moscow has not yet been trained they say, and still accepts applications not in person, so it is just a little bit of a mess, unfortunately and some action is still required.

ALEC HOGG: Yes, but there’s a newsflash on that, when I used to live in rural KZN I had to drive all the way to Johannesburg or Pretoria to get a visa to go to the Euro-Zone, so we aren’t isolated or we aren’t alone in that regard.

JESS GREEN: Yes, absolutely but Vladivostok is ten hours away from Moscow, so it’s a little bit more than a six hour drive.

BEVERLEY SCHÄFER: I really thing that what’s important now is that we’ve not been able to or Minister Gibaba has not been able to measure the impact of these regulations on the economy per say, on job losses and on sectors, such as the modelling industry, possibly even dissipating as a result of these regulations. I would call for the postponement of any implementation of these regulations, until a full economic impact assessment is done and conducted. The real extent of child trafficking, which he uses as one of his reasons, be conducted into what the reality of child trafficking is or criminality that’s happening in our country and then, to come back and say, “Right, these are the statistics. This is exactly what we’re dealing with.” Now we can actually start looking at how we can make our country safer.

ALEC HOGG: More research required. Beverley Schäfer is an MPP, the DA Western Cape’s spokesperson for Economic Opportunities, Tourism, and Agriculture. Jess Green is from ImmigrationSouthAfrica.org. Well, that’s it from us here in South Africa.