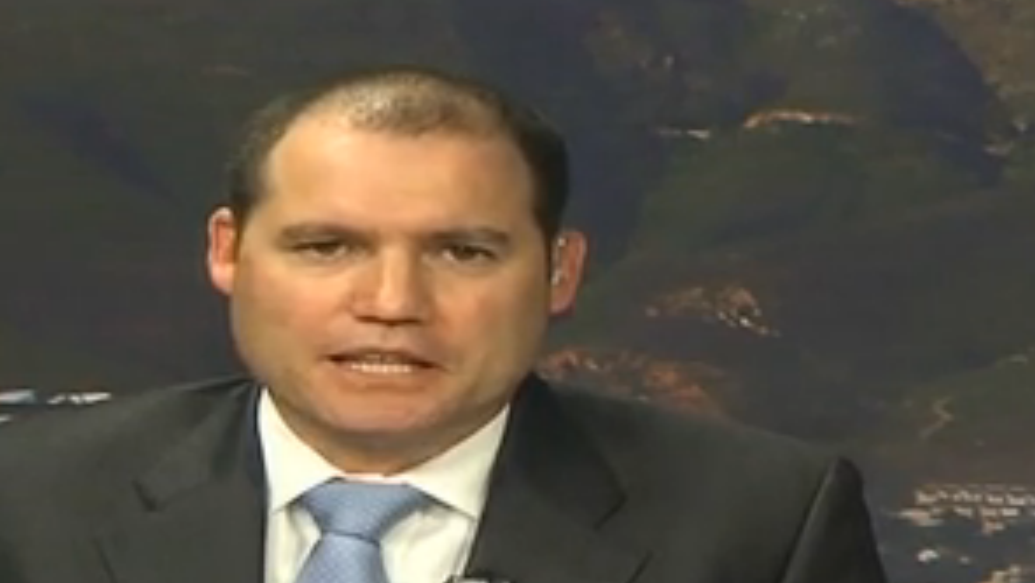 The active vs passive debate rages on. CE of passive investment house 10x, Steven Nathan discusses a Towers Watson report with Alec Hogg which concludes that in fact there are too many active managers and the industry is doing investors a disservice by not rationalising funds and investing more in low cost index tracking vehicles which give long-term investors the average of expensive active managers returns over time anyway. A very interesting discussion and one which won’t be put to bed anytime soon.- CP

ALEC HOGG: According to 10X Investments, Chief Executive Officer, Steven Nathan research shows that there’s simply too many active managers. He’s with us in our Cape Town studio. I published your research over the weekend, Steve, and had the chance to read through it, or the research rather that you brought in from abroad. It does appear as though it suits your game. It suits your book, being an organisation that focuses on cutting costs and also on passive investments. Just articulate for us though, the strongest part of this argument for you.

STEVEN NATHAN: Well, the facts show that trying to beat the market, or what’s called active management, is a zero sum game, and, by that it means that for every winner there’s an equivalent loser.   If I had bought Naspers in the last year, I would have earned an above average market return, which would have enhanced my portfolio return, but I had to buy it from someone. That someone would be the loser, so their return would be lower.

For investors, as a group, trying to beat the market is a zero sum gain, before fees, but it is very expensive to play that game because fund managers charge high fees. Those few fund managers that do outperform, want performance fees, so they charge you even more. The fund managers that underperform don’t write you a cheque back to say, “I’m sorry,” so it’s a heads they win and tails you lose.

The more you trade you incur brokerage, to the stock brokers, you pay tax to the Government every time you buy a share, so those costs increase all the time. It is impossible for the average investor to earn the market return. They can only earn that lesser total cost of investing. The higher those costs, the further you’re going to be away from the market average. That is why academic research shows that only in the market, at a low cost, produces a superior long-term return. Compared to most active funds but not all.

GUGULETHU MFUPHI: Steven, some say that you are ‘talking your own book here’; given the fact that 10X is, a passive or rather has a passive investment strategy.

STEVEN NATHAN: Well, it’s not our research that we’re talking about. Its independent research from Nobel Prize winners, and this particular piece of research was from Towers Watson, which is one of the largest asset consultants in the world. It is simple arithmetic. The mathematics and the logic behind index funds, is not questioned. The industry, however, believes that they are the one in ten or the two in ten that can beat the market, so active management is really selling hope.

It’s a bit like the casino. When you go into the casino and you hear the one-armed bandits ringing, always the machine that pays out the jackpot rings very loudly. You only wish it was your machine, and it’s a bit like active management. Is that it’s possible to beat the market, but the probability is very low.

What we’re seeing from academic research, if you had the time to read the Financial Analyst Journal, you will see that the investment industry is coming under a lot of criticism, from internally. Saying, “Are we a profession, or are we a business?” If we are a profession then we should do things that add value to our long-term clients, and that isn’t trying to beat the market. That’s really constructing portfolios that are appropriate, to meet people’s long-term goals, rather than trying to focus on a short-term speculative activity of active management.

STEVEN NATHAN: Well, firstly, it’s a very brave admission from Towers Watson because a large component of what they’re selling is really trying to pick the winning fund managers. We commend them for the intellectual honesty of coming out and saying that, for most people, there are too many active managers.

I think one of the issues that the active managers throw into the pot is to say, “Well, if everybody indexes then there’s going to be no price discovery, and markets are going to be inefficient, and everyone is going to suffer.” What we’re talking about is that for most long-term investors, retirement fund savers, and other long-term investors, the best way is to index but, to the extent that there’s ever a mispricing opportunity in financial markets. There are so many people looking for mispricings. There’s bank traders. There’s hedge fund traders. There’s day traders. There’s wealthy, individual investors, so I don’t think we’ll ever see a situation where there are no active managers.

That is also what Towers Watson have said, is that there will always be some players around but, at the moment, about 85% of assets, are being managed on an active and expensive basis and that number should come down dramatically, to better serve investors.

ALEC HOGG: That’s an interesting point you make there, of the 85%. I’m not sure if that’s a South African or a global number, but we’ve just got the latest figures coming out to show that, once again, Coronation is by far the biggest asset management company. Well, Coronation followed by Allan Gray. What is it that the South African market is missing here?

STEVEN NATHAN: I think the South African market is a very, heavily intermediated market. Advisors and financial planners, and brokers and tied agents tend to dominate the way people invest. Whereas if you look internationally, people are far more empowered. If you look at the U.S. and Europe. People have taken ownership for their own investments because they’ve been pretty disillusioned by what the industry has done on their behalf.

In South Africa, we are quite a long way behind that. Very recently, in fact last week, I think it was the Financial Services Board has come out with proposals, to improve the distribution of products because even, (according to the Financial Services Board), is that distribution, in South Africa is very conflicted, and often leads to bad outcomes. A bad outcome would be that very few people are investing in low cost index funds.

GUGULETHU MFUPHI: Would the industry, locally, be open to change Steven?

STEVEN NATHAN: Well, it doesn’t suit the industry to change because that’s their business model. It’s very hard to get reform. We’ve had so much reform in South Africa. We’ve had FAIS, which regulates advice. We’ve had Treat Customers Fairly. We’re now getting an RDR, the Retail Distribution Review, and they’re all trying to do the same thing. Now the indusrty whenever they see these proposals they say they welcome them, but this can’t be true because if they welcome then, they’d reform themselves and we wouldn’t need the regulators to reform them with a stick rather than a carrot.