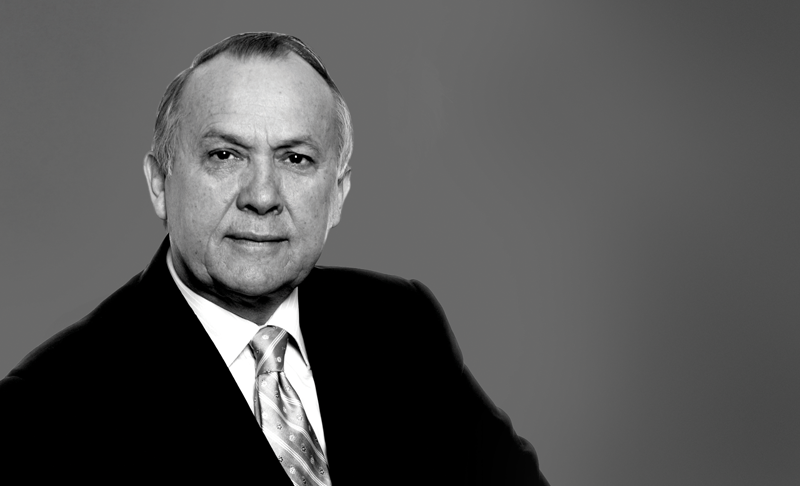 The most committed capitalists always operate from a base of enlightened self interest. Even when putting on a philanthropic hat. Witness Christo Wiese, the self-made billionaire who is throwing his considerable clout behind helping the poor own their homes. Wiese has a lot of his wealth tied up in South Africa and he is mindful that its long term value will be directly correlated to the stability of the society. And nothing creates a more stable nation than a large middle class who have a stake in the system. Which comes with owning property, no matter how modest. – Alec Hogg

(Bloomberg) — Christo Wiese, who led a $1 billion takeover this month, says he’s also focused on helping millions of South Africans make a more modest purchase: The 1,850 rand ($156) they need to secure the title to the land on which they live.

Wiese, South Africa’s fourth-richest man with a personal fortune of $7 billion according to the Bloomberg Billionaires Index, says that more than two decades after the country’s first democratic elections millions of South Africa’s citizens have no legal right to their dwellings.

“The terrible irony is that after 21 years of post- apartheid rule not a heck of a lot has been done in this respect,” the 73-year-old said by phone from Cape Town last week. “I’m hoping that we can get to the objective of having every house being entitled. Be it a modest shack or a little home in a township.”

South Africa has about a million households where the residents don’t own the dwelling, according to the country’s Statistics agency. That’s a relic of apartheid where many blacks were deprived of land tenure and has made it difficult for the country’s poorest to pass on their property to their children or to raise money to improve their houses or start businesses.

The white minority government passed The Natives Land Act in 1913, which prevented Africans owning or renting land in over 90 percent of South Africa, according to independent research website SAHistory.org.za. The act sought to racially and spatially separate the country and remained a cornerstone for further segregationist policies under apartheid rule.

He is a sponsor of the Free Market Foundation, which is working with First National Bank to give people land tenure, and gave more than 100 title deeds to residents of Ngwathe, a municipality in South Africa’s Free State Province, according to the Foundation’s website.

The foundation’s Khaya Lam land reform project seeks to give freehold and title deeds for all municipal-owned rental homes from the apartheid-era to the registered occupants. The phrase translates roughly as “My House” in Zulu and Xhosa, which are two of South Africa’s 11 official languages.

Title deeds will enable South Africans to access finance to develop their properties or move into larger homes, according to Simphiwe Madikizela, a managing executive for housing finance for Johannesburg-based FNB.

FNB, which is the retail banking unit of FirstRand Ltd., has funded the transfer of around 300 title deeds so far, Madikizela said.

“When we handed out these title deeds in the Free State last week there was a lady who was close to her nineties who burst into tears,” Wiese, who declined to specify how much he donates, said. “She said she’s nearing the end of her life but at least she now knows that if she dies, her children will not be out on the street.”