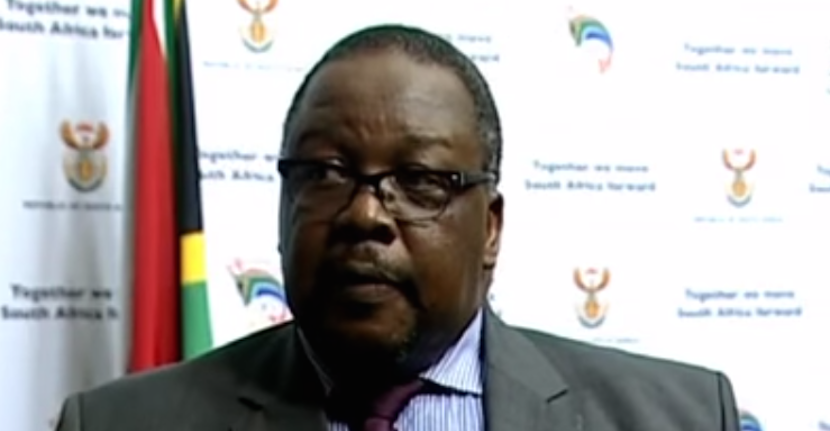 Life is becoming uncomfortable for those who sprang so rapidly to the defence of President Jacob Zuma in his effort to avoid footing a bill for R250m in upgrades to his private residence. In Parliament yesterday, the Minister of Police Nathi Nhleko found himself on the wrong end of a grilling by Glynnis Breytenbach, previously with the National Prosecuting Authority, now an MP with the DA. She and other opposition politicians kept asking Nhleko to explain how he concluded Zuma doesn’t have to “pay back the money” spent on his Nkandla homestead. Judging by Nhleko’s reaction, defending the indefensible is clearly not a lesson they taught at his alma mater, the Amangwe High School near Richard’s Bay in KZN. – Alec Hogg 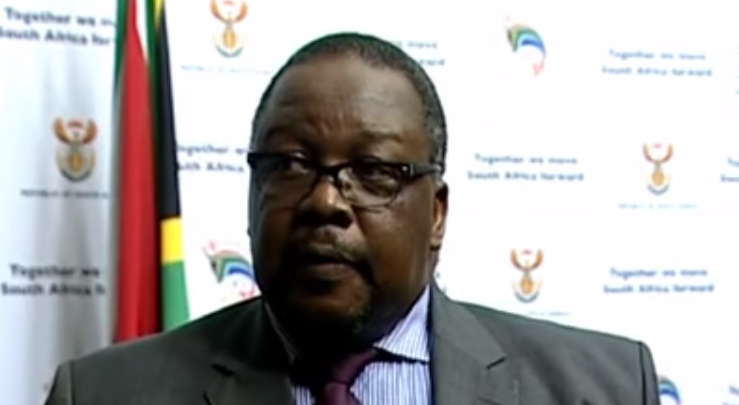 PARLIAMENT, July 29 (ANA) – Police Minister Nathi Nhleko was accused on Wednesday of withholding expert reports on which he based his conclusion that President Jacob Zuma does not owe the country a cent to make up for money misspent on upgrading his home in Nkandla.

“In due course, you will get them in due course,” Nhleko replied after Democratic Alliance MP Glynnis Breytenbach reminded him that she has been waiting for weeks for the promised reports, one from a security expert, the other from a cultural expert.

Breytenbach said MPs were hopeful last week while they visited Nkandla that Nhleko would finally hand them documents that would explain what had informed his May report that absolved Zuma of responsibility for the overspending, but she was less positive after the briefing.

“I honestly don’t think I will get it, I’ve asked over and over. He gave me something last week but it was not the full report, it was useless,” she commented on the sidelines of the briefing.

The day-long meeting saw opposition MPs try in various ways to establish how the minister had reached the conclusion that he did, and why he had overlooked findings by Public Protector Thuli Madonsela.

“I did not liaise with the Public Protector, absolutely not, there was absolutely no reason why I should have,” Nhleko said in response to a question by DA chief whip John Steenhuisen.

“The Public Protector is now authority when it comes to such cases.”

Steenhuisen put it to him that it was not plausible to say that the contested amphitheatre built at the homestead had always been primarily intended as soil retention structure when, in an interview with Public Protector Thuli Madonsela, the chief architect on the project, Minenhle Makhanya, had clearly termed it an amphitheatre and entertainment area.

Nhleko retorted that he had tried to sit in and found it extremely uncomfortable and cramped, and not suitable for an entertainment space.

“How do you sit on an iron bed and be entertained. That can’t be an adequate arrangement for an amphiteatre structure.”

Nhleko then stonewalled a question by Steenhuisen on his suitability as an arbitrar in the long-running controversy over Nkandla, given that he serves as a minister at the president’s pleasure.

The minister tried to sidestep the issue by responding that he did not derive his mandate to determine whether Zuma should reimburse the state for luxuries added to Nkandla from the president, but from a resolution of the National Assembly.

Like ANC MPs on the committee, the minister repeatedly stated that the project did not carry a price tag of R246 million, a sum Nhleko stopped just short of calling an invention on the part of the media and the opposition.

Steenhuisen retorted that, in fact, the figure came from Madonsela’s damning report “Secure in Comfort” in which she found that Zuma had unduly benefited from the upgrading of his home and should refund the state an amount to be determined by the police minister, in conjuction with Treasury.

But Nhleko said that figure included an estimate of R31 million for further security upgrades, making the actual cost of the project so far R215 million.

Asked to explain how officials had arrived at R31 million, he said he had no idea.

“I don’t know what informed the calculation of such an estimate. An estimate is just an estimate, it is something that does not exist,” he said.

The committee reconvened at Parliament for the first time on Tuesday morning after spending last week at Nkandla inspecting the state of Zuma’s homestead.

MPs from all parties, including the ANC, expressed dismay at the poor quality of the work done at the residence. They were briefed by Nhleko early last week but requested another briefing after visiting the site to air their concerns.

One outcome of the visit was that opposition MPs went back on their earlier reluctance to endorse statements that further security upgrades were needed at Nkandla.

But the Freedom Front Plus’s Corne Mulder said on Wednesday he held a different view in that he believed money should first be claimed from contractors who had delivered poor work or failed to live up to their contracts, before any more should be spent on adding further security features.

“I’m not in favour of spending one more cent. Let’s go find the money … the millions… and then we can complete the project but the taxpayer should not pay another cent,” he told the committee.