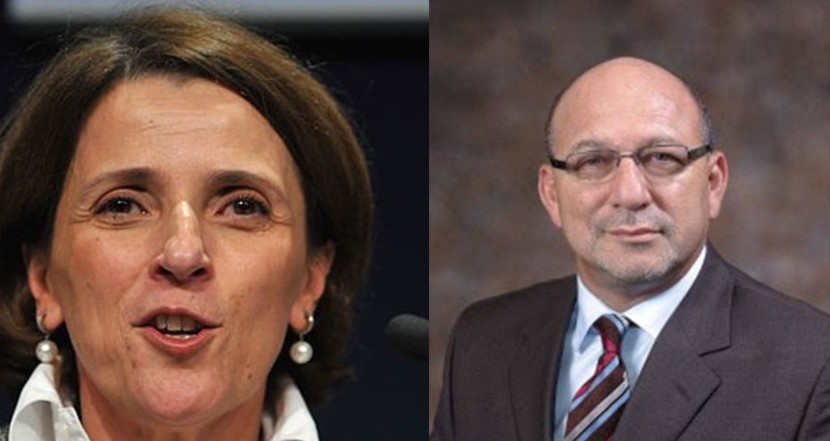 It’s like a scene out of a movie. The project – Spider Web – and the characters ‘King’ and ‘Queen’ of Leaves, better known as Trevor Manuel and Maria Ramos. The Rupert, Oppenheimer and Rothschild families apparently bankrolled the whole thing. The lead character – the ‘Emperor’ – the deputy director-general Andrew Donaldson, a strategic planner for apartheid intelligence. All because the apartheid government felt it was too risky to to leave everything in the hands of the ANC so sought to retain control of the Treasury. Finance Minister Nhlanhla Nene says it’s merely an attempt to undermine the institution but they will investigate. Treasury’s statement follows the article from News24. – Stuart Lowman

Johannesburg – The National Treasury is investigating the origins of a document that purports to be an intelligence report on how top Treasury officials were apartheid agents.

“We are aware of that document. We have seen it and its contents and we are investigating its origins,” Treasury spokesperson Phumza Macanda told News24 on Friday.

“We don’t think it [the document] is something worth responding to.”

Part of the document, which BDLive hosted on its website says that in the early 90s, the “white establishment” felt it was too risky to leave the running of the government solely in the hands of the ANC.

The report said a project was conceived to help the establishment keep control of the Treasury.

This project, according to the document, was eventually codenamed Project Spider Web, and it attracted funding by the Rupert, Oppenheimer and Rothschild families.

It said former Finance Minister Trevor Manuel was involved, and his codename was the “King of Leaves”.

According to BDLive, the document also claims that deputy director-general in the Treasury, Andrew Donaldson, with the codename, “The Emperor” was a strategic planner for apartheid intelligence.

Other top Treasury officials are also reportedly named in the document.

Finance Minister Nhlanhla Nene told BDLive that he at first regarded the document as a joke, but wanted to look into its origins before it caused unnecessary trouble.

BDLive also reported that Nene said he was concerned the Treasury was the next target in an attempt to undermine state institutions.

National Treasury has become aware of a document called “Project Spider Web” that has been circulated in the media and would like to condemn it in the strongest terms. The faceless people behind it allege a conspiracy to influence economic policy and the work of the National Treasury. The document is baseless and vexatious. It appears calculated to sow seeds of suspicion and may be motivated by an unexplainable desire to undermine and destabilise the institution. The contents neither warrant a response nor further comment. The Treasury has passed it on to relevant authorities to investigate its source and will be transparent about the outcome of that process, once completed.

Issued on behalf of National Treasury