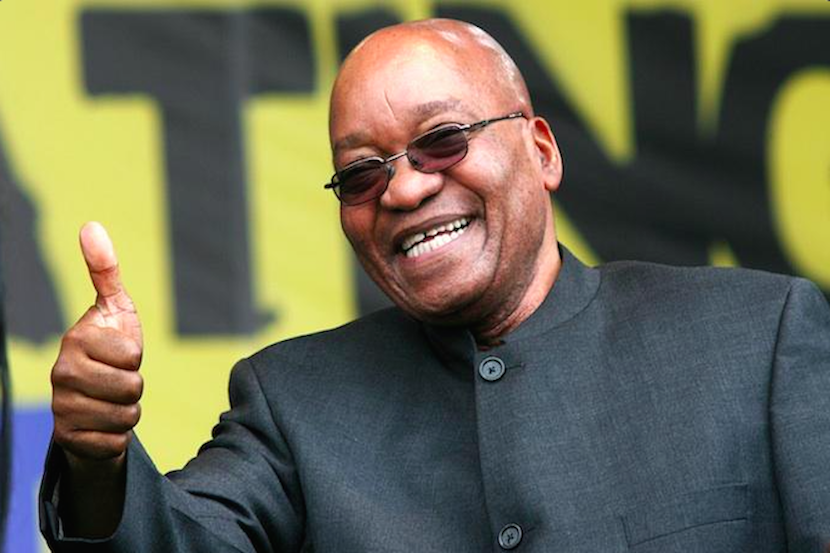 The ANC’s shift to the East is gaining traction. The Russia nuclear deal has cemented that partnership while the Chinese link is ever-growing. Mandarin will soon be an option in schools, while cheap steel imports are working against local industry. At what cost are these relationships developed. The latest concern comes from the South Africa Institute for Race Relations. They have highlighted an attack on the United States following the release of the party’s policy discussion document ahead of the National General Council meeting. “The US does not appreciate the resurgence of China and Russia as dominant factors in the arena of international power relations. It has instead declared a cold war against these two emerging world powers.” A bit like cutting off your nose to spite your face, especially given the US recently renewed the African Growth and Opportunity Act, a 15 year old law that allows made-in-Africa goods to sail into the country. And whil China is South Africa’s largest export market, latest figures show $10 billion, the United States sits second with $7 billion, annually – not an amount worth turning your back on. – Stuart Lowman

The IRR has described as ‘unfortunate and damaging’ an attack on the United States of America (USA) contained in a policy discussion document released by the African National Congress ahead of its forthcoming National General Council meeting. In the document, the party had the following to say about the USA:

The US does not appreciate the resurgence of China and Russia as dominant factors in the arena of international power relations. It has instead declared a cold war against these two emerging world powers.

Its destabilisation strategy against China is on three fronts:

Russia has not been spared the wrath of US-led Western imperialism. As with China, the Russian leadership is constantly being portrayed in the Western media and official discourse as monsters abusing human rights. As with China, counter revolutionary demonstrations and marches are being staged and given huge publicity in the Western media in order to destabilise and/provoke the Russian government.

Whatever genuine concerns may exist within the Russian population and populations of former Soviet Union, there is a clear plot to exploit this in order to contain the rise of Russia globally. It is an encirclement strategy that seeks to isolate Russia in the manner that is being attempted on China as well.

This is the context within which the crisis in Ukraine should be understood by the world progressive forces. The war taking place in Ukraine is not about Ukraine. Its intended target is Russia. As with China, Russia’s neighbours are being mobilised to adopt a hostile posture against Moscow, and enticed to join the European Union and NATO. Pro-West satellite states are being cultivated or as we saw with the coup in Ukraine, even invented, to encircle Russia and allow their territory to be used for the deployment of NATO’s hostile military hardware faced in the direction of Russia. These Western manoeuvres, directed from Washington, are reminiscent of Cold War. They have vowed in Washington that there will be no Russia or China to challenge the US hegemony.

Washington’s sponsored destabilisation is not limited to Russia and China. We see it unfolding in the streets of Latin America including in Venezuela which the US has strangely declared a threat to its “national security”, in the Middle East and in African countries with the sole intention of toppling a progressive democratically-elected governments. This has a bearing on the nature of conflict and the scourge of terrorism we see in the world today.

The South has been rising in a manner that promises to alter the international balance of power and offer opportunities for the emergence of a post-Western world order and Washington is in a fighting mood to ensure this does not happen.

The IRR’s CEO, Dr Frans Cronje, said, “While we, of course, encourage expanding economic and diplomatic relations with China and Russia, among other emerging markets, such a foreign policy does not have to be at the cost of impairing relations with the West. What South Africa needs is a multipolar approach to foreign policy – as is the case for the majority of other emerging markets. Instead what we are getting is an unnecessary re-run of the Cold War with policy that is unflinchingly pro-Russia and China but vociferously anti-Western. This is economically short-sighted as we are placing all our foreign policy economic eggs in the Sino/Russo economic basket at a time when the prospects for China’s economy are in doubt and Russia is in much economic trouble.

“Our analysis is that ideological motivations on the part of the ruling party have allowed this situation to develop. However, the complacency of Western diplomats and business leaders must also bear some of the blame.

“Persistence with current policy will undoubtedly harm relations with Western investors, which are already under threat from a range of government policies, and will in time undermine broader Western geostrategic interests in Africa. This line of foreign policy will have grave implications for the sustainability of democratic institutions in South Africa, and the country’s future as a leading emerging market democracy.”