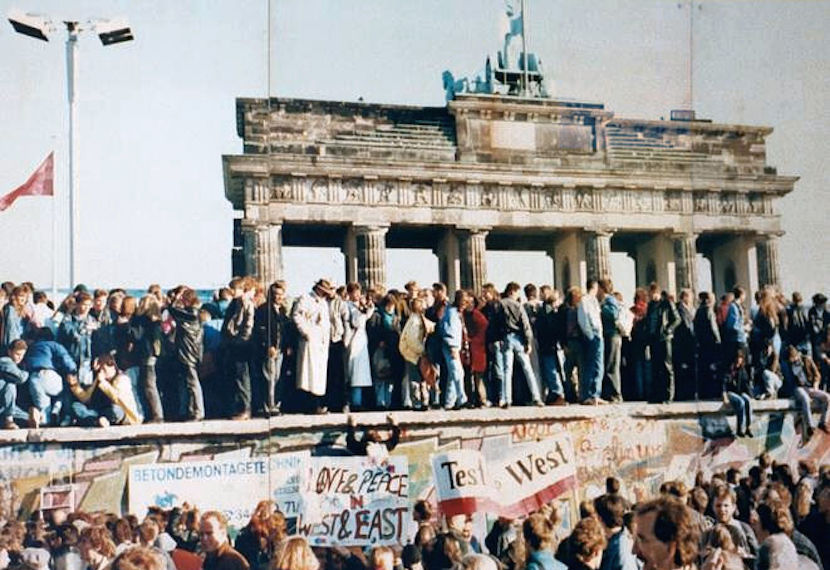 Those who refuse to heed the lessons of history are likely to repeat its mistakes. So here’s an appropriate reminder for an isolated nation that possesses an alarming propensity to swallow the propaganda of charismatic leaders. It will be exactly 26 years next Monday since today’s newsmaker, now late Guenter Schabowski, mouthed the words which brought down the Berlin Wall. His comments sparked fellow East German citizens to amass in their thousands, forcing guards to open barriers that had barred them from the West  for 28 years – and tear down the barrier separating Socialism and Capitalism. Berlin’s Wall, we should never forget, was erected to keep those on the Eastern Socialist side in; not prevent Capitalists from migrating East. This provides a powerful example to those who believe delusional South African politicians who unconscionably attract followers with the promise of a Lenin-Marxist utopia that simply doesn’t exist. If you thought education was expensive, try ignorance. – Alec Hogg

Berlin – Guenter Schabowski, the East German functionary whose off-the-cuff comments in 1989 spelled the end of the Berlin Wall died on Sunday, aged 86, his widow confirmed to dpa.

Schabowski made history on November 9 1989, with one statement – “As far as I know – effective immediately, without delay.”

The imprecise phrase was an improvised answer to press conference questions about a loosening of travel restrictions. The conference came amid East German attempts to meet citizens’ demands for more freedoms while trying to sustain the German Democratic Republic as an independent state in some form.

The country had already reeled all that summer and autumn as thousands of people fled communist East Germany – then part of the Soviet-dominated Warsaw Pact – for allied nations like Hungary and the Czech Republic, which had recently dropped their border controls. Countless people took advantage of the relaxed procedures to flee communist countries for the economic freedoms of the West.

The drain on human resources was threatening the integrity of East Germany.

However, Schabowksi was wrong. The rules were supposed to go into effect a day later, so there would be time to prepare border security for the changes.

Read also: Germans celebrate 25 year anniversary of the fall of the Berlin Wall

Border guards had no idea what to do with the crush of people because they had not heard Schabowski’s comments and because no formal rule had been issued. As the crowds grew, guards relented and let East Germans flow into West Germany. The Berlin Wall fell.

The moment represented East Germany’s loss of control over its borders. Within a year, the country had merged with West Germany after four decades of division.

In 1989, Schabowski was a member of the Politburo of East Germany’s ruling Socialist Unity Party of Germany (SED). When the group was reformed in 1990 he was excluded.

Unlike many other East German leaders, Schabowski several times spoke of his responsibility and moral culpability for the East German regime, which, he said, was an unsustainable system that was driving itself into the ground.

Modeled on Soviet Russia, the East German government attempted to create a centrally controlled economy which put strict controls on individual’s freedoms. Hundreds of East Germans died trying to escape to the West during its 41-year existence.

A Berlin court in 1997 found Schabowski culpable for the East German border control system and sentenced him to three years in prison. He was pardoned in 2000 after serving less than one year of the sentence.

He spent the last few years of his life in a Berlin home for the elderly. He made no public appearances and was reportedly very sick in his last years. – DPA