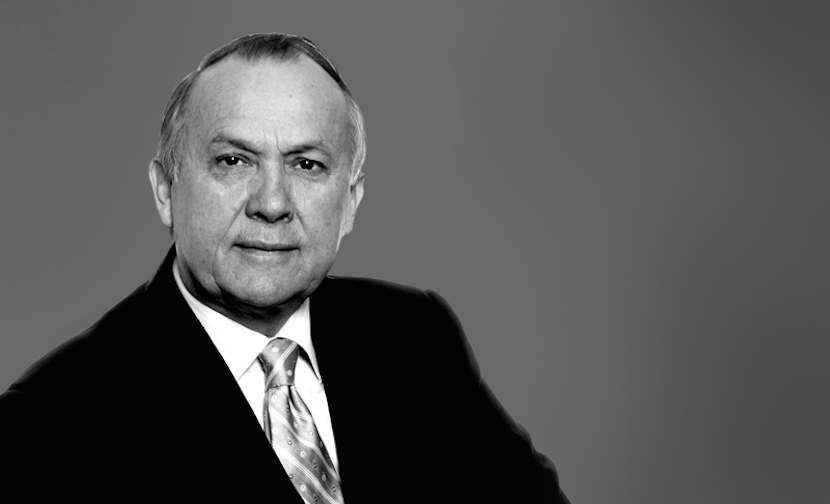 His retail journey began in 1965 in the Northern Cape town of Upington. He’s now number 225 on the Forbes rich list with a net worth of $7 billion. And in recognition of his contribution to the South African business landscape, Christo Wiese was given a lifetime achievement award at the Sunday Times Top 100 companies event. He’s known as Mr Shoprite, the brains behind Africa’s largest retailer, and he’s learnt many lessons on the way. Below is his acceptance speech. – Stuart Lowman

Recognition by one’s peers is a humbling experience. It should serve to make one cognisant of the fact that it is the dedication, loyalty and support of a vast number of people that make such an achievement possible.

In thanking the Sunday Times and all those responsible for the singular honour.

I wish to pay homage to the many unsung heroes who shaped,  guided and enriched my “ lifetime”  in business.

I consider it a great privilege to receive this award on their behalf.

Allow me on a personal note also to express my appreciation to Caro and my three children Jacob, Clare and Christina for always being there for me and for filling my life with love.

After half a century in the exciting arena of the business world I can honestly say that had I known at the beginning just how tough it would be, perhaps I may never have started.

Yet, when I look back it all seems so easy, so exciting and so much fun.

Back in those days in Upington where it all started we certainly had dreams but in our  wildest  dreams we could not foresee that from one small shop a group would grow with more than 10 000 outlets  around the world – creating employment for almost 300 000 people.

The journey from Upington in 1965 to Sandton in 2015 delivered many learnings.

Firstly, if a “bunch of boere” from the Kalahari can do it, anyone can.

Secondly, no person should ever allow other people to determine his or her horizon.

Never be intimidated that you speak a certain language or come from the wrong side of the tracks where your horizon is limited.

Thirdly, one should steer by clear beacons. In our Group we have always been guided by a philosophy, summarised in five words: being faith, positive thinking, hard work, enthusiasm and compassion.

It has served us well.

I believe that such a philosophy can also help all of us to navigate the turbulent times that we are currently experiencing in our country and indeed in the world at large. This should help South Africans to understand that we should never be despondent even though we are fully entitled to feel hugely frustrated at times.

The SA business community with such an essential role to play in making SA the country that we all want it to be should approach our challenges with a profound understanding of who we are and where we come from. In fact all SA’s should do so.

In his inaugural address a former Vice Chancellor of the University of Stellenbosch, Prof Chris Brink suggested that in plotting a course for the university, (also for South Africa as a whole), we should ask ourselves four questions: Where do we come from, where are we now,  where do we want to be and how do we get there.

Read also: Shoprite continues to defy status-quo with growth in employment and turnover

He suggested that we come from a world of either or: In South Africa one was either black or white; spoke either English or Afrikaans and things were either right or wrong. In such a world it is easy to take decisions because one only needs to tick the boxes.

We are black and white. We speak Afrikaans and English and nine other languages too.  And this is the important truth we now have to do things which are at the same time both right and wrong.

We are business people not politicians. Or put differently the business of business is business. On that basis we should engage with Government not in ideological debates. Those are debates for politicians. We should however speak out with respect and constraint on issues that are non-ideological and that  require pragmatic and practical solutions.

In this regard I refer to the unhappy visa gate that we have just gone through and the fact that we are constantly embarrassed as a country by the appointment of incompetent people and even fraudulent  people to key management positions in parastatals. I am sure I do not have to point out all the sad examples in this regard.

The 3rd question where do we want to be.

General Smuts, almost a century ago, said that SA is a country where things are never as good as it should be but also never as bad as it could be.

Clearly, we should all strive to make South Africa as good as it should be.

How do we get there? We need to steer by the beacons that I referred  to so that we can grow our economy  and create a better life for all.

Because ultimately we are all Africans living under the African sun and we should heed the lessons heart from the old Africans.