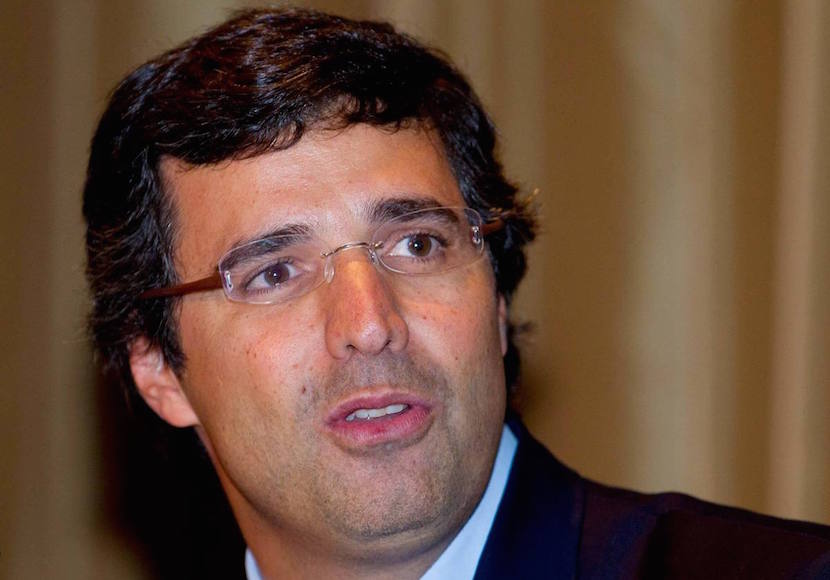 One of SA President Jacob Zuma’s closest allies, corruption-tainted Brazilian President Dilma Rousseff, took another big hit last night when the scandal that could cause her impeachment gathered fresh momentum. For some months already, the Brazilian judiciary has been unravelling the way billions of dollars were siphoned away from State-owned Petrobras into the ruling political party’s coffers and pockets of its friends. The worst of the graft happened when now President Rousseff was Petrobras’s chairman. Last night the corruption scandal took a new turn with the arrest of billionaire banker Andre Esteves and another of Rousseff’s close cadres, leader of the government coalition in Parliament, Delcidio Amaral. Not surprisingly, the share price of Esteves’s company, BTG Pactual, dropped 21%. Everywhere the wheels of justice tend to turn slowly, but turn they do and finely they grind. Even among the members of BRICS. – Alec Hogg

(Bloomberg) — Grupo BTG Pactual, the largest independent investment bank in Latin America, lost more than a fifth of its stock market value and saw its financing costs double after its billionaire founder and chairman was arrested Wednesday in a widening corruption probe.

Andre Esteves and Delcidio Amaral, the leader of the government coalition in the Senate, were detained after allegedly trying to interfere in testimony related to a pay-to- play scheme at the state-run oil giant, Petroleo Brasileiro SA, according to a court document. Amaral is the highest-ranking politician to be arrested in the scandal.

Esteves denied any wrongdoing through his lawyer as BTG Pactual named board member Persio Arida as interim chief executive. The lender also said the board approved on Wednesday a plan to buy back as many as 23 million units over the next 18 months, according to a regulatory filing.

That didn’t stop the stock from falling 21 percent, its steepest drop since the company went public in 2012, bringing its market value to 22.9 billion reais ($6.1 billion). The yields on the company’s $1 billion of bonds maturing in 2020 surged above 12 percent from about 6.5 percent on Tuesday.

The arrests usher in a new phase of a massive graft scandal that has crippled Brazil’s economy and left President Dilma Rousseff fighting for her political survival. The nation’s currency and stocks, which had stabilized in recent weeks after being in a free fall for much of the year, posted the worst drop among major markets Wednesday amid concern the scandal will prolong political gridlock and the longest recession since the Great Depression.

“The arrest of Mr. Esteves, the most high-profile figure in Brazilian finance, takes the Petrobras probe to a whole new level and shows the depth and breadth of a scandal that’s engulfing Brazil’s political and corporate establishment,” said Nicholas Spiro, managing director at Spiro Sovereign Strategy, in London. “The scandal is becoming more debilitating by the day and is severely undermining the prospects for any kind of meaningful economic reform.”

Amaral allegedly tried to convince former Petrobras director Nestor Cervero, who was arrested in January, to not mention him or Esteves in testimony to federal prosecutors, according to a document of the accusations read aloud in Brasilia Wednesday by Judge Teori Zavascki. Cervero’s family would have received 50,000 reais ($13,000) every month in the proposal, and Esteves “would bear the burden of financial aid,” according to the document. The offer also included a promised 4 million-real payment to Cervero’s lawyer.

Prosecutors cited in their request for the arrests a taped conversation in which Amaral indicated Esteves had obtained a copy of testimony by Cervero, according court documents. Prosecutors said the former Petrobras director described in his testimony alleged bribes made to use the BR Distribuidora brand at a chain of 120 gas stations Banco BTG Pactual had invested in. Cervero worked as a CFO of the distribution unit until March 2014.

Esteves’ lawyer, Antonio Carlos de Almeida Castro, said in a phone interview that Esteves denies any wrongdoing. He said the arrests are based on a recording in which Amaral used Esteves’ name unduly, and that Esteves doesn’t know Cervero.

“Information is being twisted,” he said, adding that Esteves has completed his testimony to police.

Esteves was detained this morning at his house in Rio de Janeiro, Castro said. Televised images showed Esteves, 47, being escorted by a police officer into the federal police office in Rio de Janeiro. He sported a white button-down shirt, no tie and light stubble on his face as he walked past reporters to an elevator.

Sandra Pires, a partner at law firm Rao & Pires Advogados, said Esteves’ defense team is researching the arrest order, which allows for him to be held for as many as five days and can be extended. BTG Pactual said in an e-mailed statement that it is cooperating with the investigation and is willing to explain whatever is necessary to authorities.

Eduardo Marzagao, a spokesman for Amaral, said he was “surprised” by the arrest. “It must be a big mistake,” he said. In an e-mailed statement, Amaral’s lawyer, Mauricio Silva Leite, said the accusations came from a convicted plea bargainer seeking to obtain legal favors in exchange for information, and questioned the legality of an arrest of a senator without formal charges.

More than 110 people have already been arrested, including former executives at Petrobras and at Odebrecht SA, Brazil’s biggest construction conglomerate. While most of the detainees have been released, at least three former Petrobras directors, three former executives at one of Brazil’s largest construction firms and the former treasurer for the ruling Worker’s Party have been sentenced.

The sweeping investigation into Petrobras — dubbed “Carwash” by prosecutors after a gas station used to launder money — has helped make Brazil’s real the world’s worst- performing major currency this year. Brazil’s economy is forecast to shrink more than 3 percent in 2015, according to a central bank survey of economists published Monday.

Esteves has been involved in various deals with Petrobras over the years, most notably Sete Brasil. BTG teamed up with Petrobras and other partners in 2010 to create the rig-supplier whose former operating chief admitted in plea bargains to crimes of corruption.

New arrests suggest the full impact of Carwash, or Lava Jato in Portuguese, “is still to come,” Joao Augusto de Castro Neves, director of Latin America for political consulting firm Eurasia Group, said in a note to clients Wednesday. “BTG Pactual has exposure to the oil and gas sector, and the arrest of its CEO is the first time the Lava Jato probe raises the earnest prospect of financial contagion.”