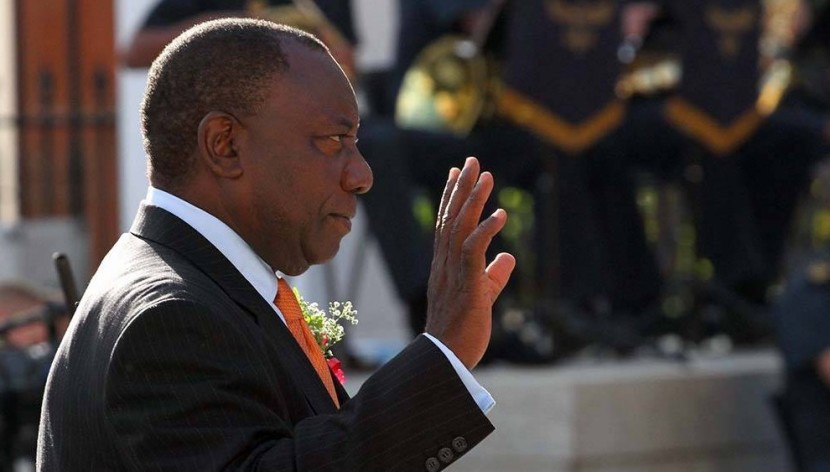 The back story to events of the weekend is unfolding. It is becoming common knowledge that ANC Secretary General Gwede Mantashe and Deputy President Cyril Ramaphosa led the group of politicians which engaged with a business grouping of mainly top bankers. Implications of Jacob Zuma’s unilateral decision to fire Finance Minister Nhlanha Nene became painfully apparent. Zuma was challenged – and for the second time in a month folded like a bad poker hand. After caving to the students, the President agreed to the demand that he reappoint Pravin Gordhan, a man he had demoted and whose life’s work at SARS he is in the process of dismantling. Zuma meets religious leaders today, doubtless prepared for another difficult conversation. The SA Council of Churches sent a strongly worded letter to Zuma on Saturday demanding an explanation for his cabinet reshuffle and the costly consequences. How can Zuma respond? Promising to try harder next time seems rather difficult given the delusional mindset he exposed to all in his ad-libbed speech on Wednesday evening. Clearly, more empty words won’t cut it. On the positive side, everyone involved got a serious shock. One of those involved in the weekend discussions told me: “The events of the past few days have been harrowing, both in my interface with business and political leaders and in my deep personal introspection around the fragility of our South African situation.” He has committed to spending the next few weeks thinking about how to help fix the mess. As will many others charged with a similar leadership responsibility. As mentioned elsewhere, South Africa has dodged a big bullet. But unless concrete action is taken from some obvious lessons learnt, the nation might not be as lucky next time. – Alec Hogg

(Bloomberg) — The biggest banks know better than to publicly take on South Africa’s ruling African National Congress. So when President Jacob Zuma sent markets plunging by replacing the finance minister with an obscure lawmaker, they rushed to lobby the ANC behind the scenes.

“Everybody in business that I know raised their concern and expressed their concern in every way possible,” said Bobby Godsell, the former chief executive officer of AngloGold Ashanti Ltd. who represents some of the biggest companies in the country through the Business Leadership South Africa association.

As the rand plummeted to a record, banking executives, including those of Goldman Sachs Group Inc. and Barclays Bank Plc locally, decided they had to do something. In their strongest intervention to reverse a government decision, they went to meet ANC officials to tell them Zuma’s decision on Dec. 9 to replace Finance Minister Nhlanhla Nene with David van Rooyen, a former small-town mayor with little experience, was a disaster, according to three people familiar with the situation. Nene’s removal wiped about 19 percent off the value of the banking index in two days.

Partly informed by the business lobbying, partly moving of their own accord, senior ANC officials confronted Zuma.

By Sunday, ANC Deputy President Cyril Ramaphosa, Secretary-General Gwede Mantashe and the three other senior-most party leaders met with Zuma to demand the situation be rectified, according to two of the people.

The chaos ended late Sunday when Zuma announced the return of a familiar face to run the National Treasury, Pravin Gordhan, about 18 months after having been moved to the less important Cooperative Governance and Traditional Affairs Ministry. The rand gained 5 percent on Monday and traded 0.3 percent weaker at 15.1539 to the dollar at 9:06 a.m. on Tuesday.

But it left another dent in the credibility of the economy with Africa’s biggest capital markets that’s teetering on the edge of a credit-ratings downgrade to junk.

Zuma said his reversal came after “serious consideration and reflection” and that he had “many representations to reconsider.”

It wasn’t the first time he’d yielded to public pressure. He scrapped plans to raise university fees in October following the biggest student protests since the end of apartheid ended up on the front lawn of his offices at Union Buildings in Pretoria, the capital.

A former party spy chief, Zuma consolidated his hold over the ANC since becoming leader in 2007 through his control of local branches. His colorful private life and the frequent public scandals surrounding him had drawn the ire of ANC seniors before. His refusal to accept any responsibility for the 215 million rand ($14 million) of public money spent on a makeover for his private rural home drew rebuke from within the ANC.

What kept him safe for so long was his adherence to one rule: don’t mess with the finance ministry or the central bank. That changed on Dec. 9.

The president’s failure to explain his decision to oust Nene fueled speculation about the reason. Was it related to Nene’s reluctance over the nuclear power plant program, which would cost as much as $100 billion? Or was it because of his decision to prevent the renegotiation of a plane-leasing deal between the national carrier and Airbus Group SE?

The fiasco has fomented internal ANC opposition to Zuma’s presidency. Mike Maile, a long-standing party member from Johannesburg’s Alexandra township who knows the party’s top leaders, took to Facebook and Twitter to vent.

“We have no reason for failing to recall the worst president since the dawn of democracy,” Maile said on Facebook. “Zuma is a joke!!!”

While the ANC has decisively won every election since the end of apartheid in 1994, its majority has slipped to 62 percent, and the party could lose control of several cities in local elections next year. Although the ANC still commands widespread loyalty, Zuma has come to represent its failure to turn political freedom into economic equality.

Gordhan’s return has brought about the desired effect of calming markets, to an extent. The rand strengthened as much as 6 percent against dollar, and yields on rand-denominated government bonds due in December 2026 dropped. The banking index rose the most in nine years.

It was an improvement, but not a total reversal.

“The damage has been done to confidence,” Anne Fruhauf, an analyst with Teneo Intelligence, said in a phone interview on Monday. “In the past this would have been unthinkable. The checks and balances should have kicked in way earlier. It’ll be up to Pravin Gordhan to bring us back to zero.“

Gordhan did his bit to try to shore up confidence in South Africa at a press conference on Monday.

“We will stay the course of sound fiscal management,” he said. “Our expenditure ceiling is sacrosanct.”

Nine chief executive officers, including Goldman’s Colin Coleman and Investec Ltd.’s Stephen Koseff, said they were grateful that Zuma’s office listened to input from themselves as well as other SouthAfricans, according to an e-mailed statement. When contacted, Barclays Africa’s spokesman Tim Kiy declined to comment.

“It was vital that the South African government send as strong a signal as possible to both citizens and investors,” they said in a statement. “Minister Gordhan brings a wealth of experience and is well known to, and trusted by, the international investment community.”

While the finance ministry is back in safe hands, Zuma’s credibility has taken a knock. The question for him now is whether his attempt to tamper with one of South Africa’s bastions of stability will cost him his own job.