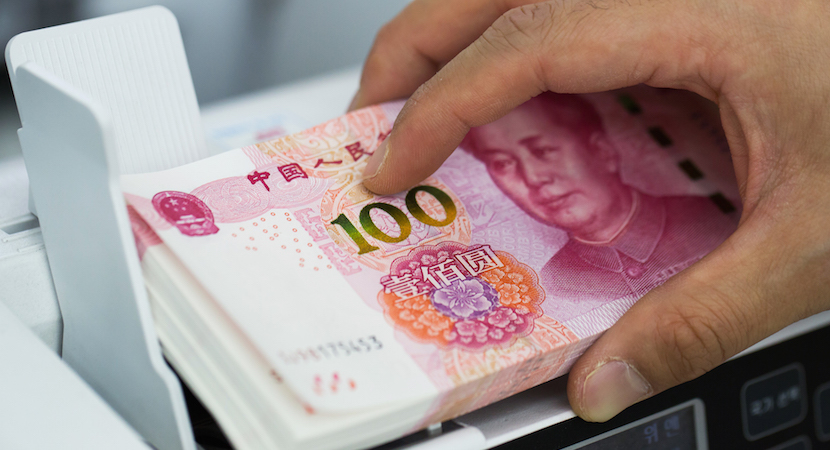 Economists often quote Brazil and South Africa as the countries with the highest income differentials between rich and poor as measured by the GINI coefficient. That can only be because reliable statistics are not available for a host of countries to the north of us. One need only open your eyes when travelling elsewhere in Africa to see the obvious disparity between abject poverty and careless opulence, between sweaty battlers envious of those who sweep past in the air conditioned comfort of blue light convoys. Distance distorts logic. As is regularly witnessed by the actions of SA’s northern neighbour. Latest is the proud proclamation of an expansion of its vassal status to Beijing through announcing the Chinese Yuan will henceforth be the national currency of choice. So at the swish of a bureaucratic pen, Zimbabweans are expected to switch from trading in US Dollars to Yuan. As an aside, Zimbabwe says it gets to write off $40m in Chinese debt due for repayment this year. Those running Mugabeland live in a bubble of their own fantasy, History will judge these economic miscreants harshly. – Alec Hogg

Zimbabwe plans to adopt the Chinese yuan as legal tender in return for debt cancellation worth about $40m – a move one economist predicted “has no future at all”.

China has become the largest investor in Zimbabwe, which has been shunned by the West over its human rights record and is struggling to emerge from a deep 1999-2008 recession that forced the government to ditch its own currency in 2009.

Zimbabwe’s Finance Minister Patrick Chinamasa announced the plan in a statement on Monday and said the use of the yuan “will be a function of trade between China and Zimbabwe and acceptability with customers in Zimbabwe”.

In the last five years, Zimbabwe has received more than $1bn in low-interest loans from China, which is Harare’s second largest trading partner after South Africa.

“They [China] said they are cancelling our debts that are maturing this year and we are in the process of finalising the debt instruments and calculating the debts,” Chinamasa said.

However, according to one Zimbabwean analyst, the yuan has already been a legal tender for the past two years and Chinamasa’s comments are rather puzzling.

“Yuan was included in the so-called multi-currency system a couple of years ago. It’s nothing new. What is different is the attachment to debts. It seems that the government is trying to pass this on as a concession by China.

“But they don’t need to make concessions. This is pretty meaningless as it stands.”

China has been accused of exploiting the continent’s vast mineral and energy resources at the expense of local people.

On a rare visit to Harare by a Chinese leader, President Xi Jinping witnessed the signing of 10 economic agreements earlier this month, including a $1bn loan to expand Zimbabwe’s largest thermal power plant.

“There is no yuan circulating in the country,” said Robertson. “South African rand and the US dollar have been the dominant currencies. So it’s a strange situation now as the yuan has no future at all.”

Zimbabwe’s central bank chief John Mangudya was in negotiations with the People’s Bank of China “to see whether we can enhance its usage here”, according to the finance minister.

But Robertson suggested although China is active in Zimbabwe’s markets and economy, it does not want to sell goods there in return for Chinese currency.

“Nearly everything Zimbabwe can make it imports for a lot of money, and China wants to be a main supplier of these imported goods and would want to take the US dollar in return,” he said.

China-Zimbabwe relations date back to 1979 and the African country’s “Look East” policy has made China a strong ally in the market.

Relations were further improved when President Robert Mugabe was awarded China’s alternative to the Nobel Peace Prize in October for what the committee called his inspired national leadership and service to pan-Africanism.

Mugabe has placed great importance on Zimbabwe’s relations with China, especially after the 2003 standoff with the EU that resulted in the economic depression when the interest rate shot up to almost 600 percent.

“China is desperate for the consumer goods market, basically whatever anyone with the buying power can pay for.

“We can see evidence of that in the country all the time. But people accepting payment will want it in dollars – as opposed to yuan – and that will be very damaging to China’s interest here in Zimbabwe,” said Robertson.