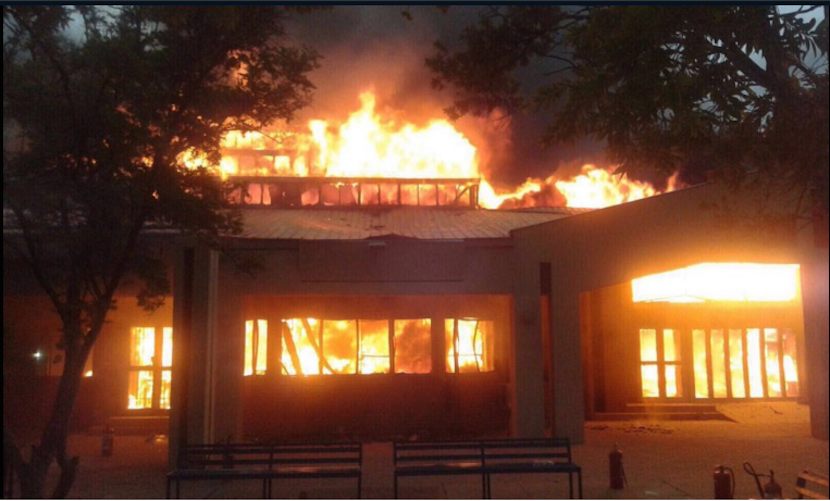 Those who pay attention to such details will have noticed that an extra R600m was set aside in the 2016 Budget for additional riot police. That sends a message of expectations within the ruling political party. Revolutions are messy. Especially those sparked in geographies where regime change appeared impossible. They are also driven, mostly, by the potent combination of student activism and religious indignation. After years of rumbling at misrule and plundering of the public purse, South African students are violently expressing their anger at a status quo. Ditto church bodies which were among the most powerful forces camped against the Apartheid regime. After seeing how easily President Jacob Zuma caved in to last year’s #feesmustfall campaign, student leaders have returned emboldened, ever ratcheting up the ante. These young activists, whose leaders include the offspring of some respected public figures (Madonsela, Chikane, Maasdorp, etc), are frustrating the establishment with a “rolling set of demands” as the University of Pretoria’s vice chancellor laments in the story below. Zuma expressed his surprise and anger that students would destroy expensive facilities created to help them. Funny that. We heard the same bemused statements from politicians during the Apartheid era. The genie has escaped. It will take an enormous effort to put it back into the bottle. Instead of jetting off to Burundi to lead an AU delegation’s whitewash of a would-be President-for-Life’s power grab, South Africa’s embattled leader would do better to destroy good news filters that keep him so detached from realities at home. – Alec Hogg

Pretoria – The ongoing university protests in the country, accompanied by a rolling set of demands, are making it difficult for institutions to carry on with academics, University of Pretoria vice chancellor, Professor Cheryl De la Rey, said on Thursday.

“What is of concern is that we are seeing protests and a rolling set of demands. Each time we think we have dealt with and we move to [the] programme of academics then something new surfaces,” said De la Rey.

Mafikeng University Campus up in flames protest over disbarment of Student council & appointment of the new council pic.twitter.com/ngn7dsgwau

“We must see what’s happening here in the context of a yearlong set of issues confronting the university of rolling demands.”

De la Rey was speaking to the media following the closure of the university due to violent protests. Students at the university have been protesting over its language policy.

At least 27 people were arrested last week Friday for public violence and they appeared in court on Monday. Charges against three of them were dropped, leaving only 24 students to stand trial. Their case was postponed to April 7. The university has been closed due to the ongoing student protests and violence.

Everyone must commit to peaceful engagement

De la Rey said unlike the #FeesMustFall movement, the current protests highlighted divisions among students. She said not everyone was sympathetic to the current situation as they were with #FeesMustFall.

“This is not like the #FeesMustFall issue where we saw a united movement; this is not a united movement. I have 50 000 students at this university. You would have seen in the past few days where some students are united in prayer and saying let’s unite and show the South African public and the world what we stand for as an institution,” she said.

Despite that, she said she has been trying to get all the stakeholders to talk and bring an end to the violence so that the situation could return to normal. De la Rey said the past few days had been spent working with the different formations to get everybody to commit to peaceful engagements.

She said it was important for engagements and exchange of ideas to take place in order for the different groups to see things from the others’ point of view.

Listen to each other

“We are here to allow the possibility that I might change after listening to you, but not only after I heard you, but after I listened. That is quite different and the most critical part is empathy, trying to look at things from the other person standpoint.

“From your perspective, how does this look and for you to also do the same for me. Through that process and it might be a lengthy process we come to some consensus as to what we want to do as an institution,” she said.

“The point of departure must be peaceful engagement, respect for different views and willingness to listen to one another and engage constructively.

“Without those conditions, we can’t have constructive engagements. That is what I have been emphasising and we will continue a process of reinforcing that,” she added. – News24