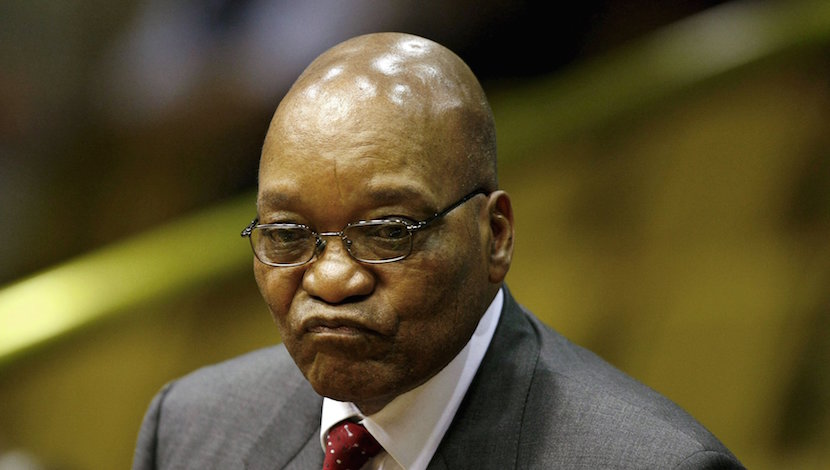 Last week was one of the most critical in the young South African democracy’s history. The ruling ANC has been split down the middle – one camp supporting the old guard of President Jacob Zuma; the other the reformers personified by Finance Minister Pravin Gordhan. Since his forced reappointment in December, Gordhan has focused on unravelling the “state capture” by Zuma cronies, focusing his efforts on State-owned enterprises and the SA Revenue Services. Lines in the sand include a decision to replace the directorate of SA Airways (chaired by breathtakingly inadequate Zuma Foundation chairman Dudu Myeni) and the Zuma-installed head of SARS Tom Moyane. The Zuma camp has responded through an attack on Gordhan by the Hawks, a police investigations unit stocked with Presidential loyalists. What foreign investors are making of all the drama is anyone’s guess. Within SA, however, the business community has rallied strongly behind Gordhan. Should they worry that there might actually be some dirt that the Hawks can use? That their Champion will be ejected and that it soon be a reversion to the old ways of patronage and pillaging of public assets? My information from inside the old SARS executive is the supposed rogue unit is a figment of over-active imaginations. That as with Nenegate, Zuma has again miscalculated the extent of Presidential power in this Constitutional Democracy. Hope Springs. – Alec Hogg

Cape Town – Finance Minister Pravin Gordhan will not receive any help from President Jacob Zuma relating to the so-called rogue unit at SA Revenue Service (Sars) at the time he was commissioner, according to City Press.

This despite the Presidency rejecting claims of a conspiracy against Gordhan and the African National Congress (ANC) issuing a formal statement of support for Gordhan.

The paper reported on Sunday that The Hawks are confident that they have a strong case against Gordhan, adding that Zuma was briefed by Police Minister Nathi Nhleko and Hawks head Major General Mthandazo Ntlemeza on the progress of the case at a meeting last month.

Zuma, who is said to believe that Gordhan should cooperate with investigators, was taken through the details of the case.

In a letter sent to Gordhan last Friday, Gordhan was given until Wednesday to hand-deliver his responses to 27 questions over his involvement with the formation of the so-called rogue unit at Sars.

Secretary General Gwede Mantashe said the ruling party was “extremely concerned” about reports that the Hawks sent questions to Gordhan four days before his Budget Speech about his knowledge of a rogue unit.

However, Zuma’s office indirectly hit back at Mantashe, saying it “noted rumours and gossip which insinuate some conspiracy” against the finance minister.

The Hawks’ investigation into the unit began after Sars commissioner Tom Moyane laid a criminal complaint at the Brooklyn Police Station in Pretoria in May last year.

In the document, the Hawks allege that Gordhan and former Sars deputy commissioner Ivan Pillay were instrumental in the creation of the unit.

The case against Gordhan relates primarily to his approval of the unit’s formation, as well as its operations, his extension of Pillay’s contract and Pillay’s early retirement settlement.

Moyane’s tenure at Sars has been marked by the purge of a number of top Sars officials, which has disrupted the running of the unit.

A KPMG report, commissioned by Moyane, alleged Gordhan was responsible for a unit, conducting illegal intelligence-gathering and surveillance, that allegedly probed Zuma and his allies.

While critics alleged that the unit was illegally set up, Gordhan has made it clear he disagrees with the report’s allegations. – Fin24