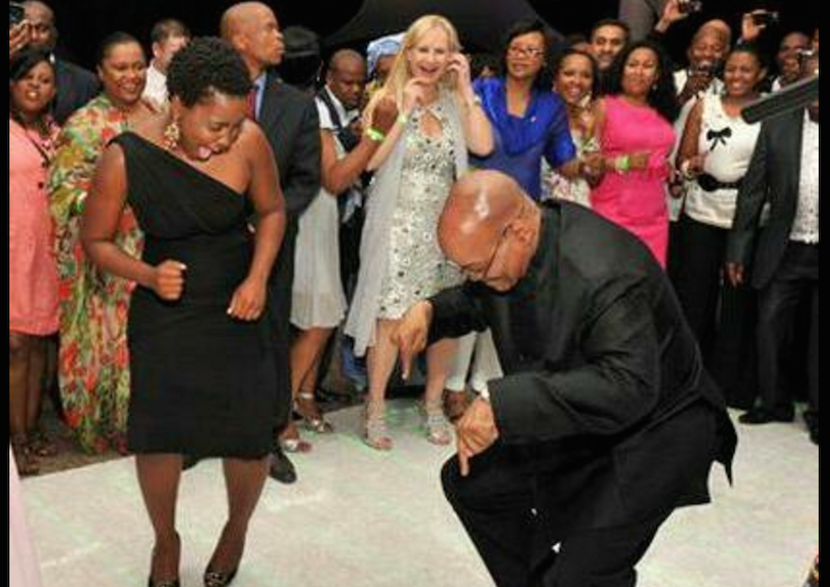 After all the media hype, many South Africans will be distressed the ANC did not eject its deeply flawed leader over the weekend. Indeed, the picture of a dancing President Jacob Zuma created the immediate impression that the ANC’s National Executive Committee had chosen to ignore waves of evidence about his and the Gupta family’s abuses. Zuma survived after the weekend, but not because the denials from himself and the Guptas have been accepted. Rather, it shows the ANC learns from its mistakes. In this instance, in two ways. First, for South Africa to achieve its potential, the cancer of crony capitalism and patronage must be decisively dealt with. Cutting out a single cancer cell is useless if the entire system is riddled with the disease. Secondly, the manner of former President Thabo Mbeki’s recall – and the disaffected’s creation of COPE – still haunts many in a movement that prizes unity. A repeat would unnecessarily weaken the party. If the evidence already exposed is accurate, Zuma and the Guptas have received a stay of execution. Not exoneration. The truth never changes. For those on its wrong side, the truth tends to hurt more when fully exposed. It is to the ANC’s credit that instead of the knee-jerk many South Africans wanted, there will now be a thorough investigation before action is taken. Evidence already disclosed by Mcebisi Jonas, Vytjie Mentor and most recently Themba Maseko, is damning. But a lot worse is likely to emerge after the party’s official call that others with similar stories come forward. Loyal ANC cadres, from former executives at State Owned enterprises through to ousted cabinet ministers like Nhlanhla Nene are now duty bound to answer that instruction. Judging by the bush telegraph, the ANC’s committee specially created to head this evidence is going to be very busy indeed. Last week we projected that ANC NEC members would do the right thing over the weekend. They have. And, once again, the ANC Top Six are showing superior strategic skills to the chess devotee from Nkandla. – Alec Hogg

By Franz Wild and Kevin Crowley

(Bloomberg) — South African President Jacob Zuma retained the “full confidence” of the ruling African National Congress, but at a cost: the party vowed to investigate allegations that his friends, the Guptas, are influencing his administration’s policy.

During a three-day meeting, the committee discussed allegations of political interference by the Gupta family, who’re in business with Zuma’s son. Two ANC members, including Deputy Finance Minister Mcebisi Jonas, have said that the Guptas offered them ministerial posts, allegations they deny.

“The ANC NEC had frank and robust discussions on the serious allegations surrounding the Gupta family and its purported influence in the appointment of ministers and key appointments,” Secretary-General Gwede Mantashe told reporters Sunday in Pretoria, the capital. “Such actions can have no place in the ANC government.”

The allegations over the Guptas have fuelled disgruntlement with Zuma that peaked in December when he replaced his respected finance minister, Nhlanhla Nene, with a little-known lawmaker, sparking a selloff of the rand and the nation’s bonds. Four days later, Zuma reappointed Pravin Gordhan to the post which he had held from 2009 to 2014, after coming under pressure from ANC and business leaders.

Gordhan has been trying to build investor confidence in a weakening economy that’s set to grow less than 1 percent this year and is threatened by a credit-rating downgrade. Standard & Poor’s has a negative outlook on its BBB- rating, one level above junk. Moody’s Investors Service rates SouthAfrica’s debt one notch higher. The rand has declined as much as 16 percent against the dollar since Zuma fired Nene on Dec. 9. As of Friday, it was 4.8 percent lower than the day before the finance minister was replaced.

Mantashe said Sunday that the ANC has “full confidence” in Gordhan, who’s been involved in a public spat with the police since last month related to an investigation into the tax agency that he ran before 2009.

“The question we should be asking is what are the ratings agencies thinking,” said Somadoda Fikeni, a political analyst at the University of South Africa in Pretoria. “When you have a fragmented ruling party, that also undermines the state’s functions, because there are constant little battles. It has a paralyzing effect.”

Mantashe said he would compile a report on the Guptas and urged party members to provide information about their alleged role in trying to influence government policies.

The Guptas’ relationship with Zuma remains a divisive issue in the party, said Fikeni.

“Zuma is not off the hook yet, for as long as they are requesting more people to come in with information,” he said by phone.

Zuma is also still facing a lawsuit by the two main opposition parties claiming that he violated the constitution when he failed to obey a ruling by the nation’s graft ombudsman that he repay some of the state funds spent on upgrading his private home. Opposition parties are pushing to take control of several major cities, including Pretoria and Johannesburg, in municipal elections due after May. The ANC has won more than 60 percent in every elections since white minority rule ended in 1994.

“It is obvious that the ANC are oblivious to the needs of South Africans through their continued support of Zuma,” Mmusi Maimane, leader of the largest opposition party, the Democratic Alliance, said by phone.

Yolanda Zondo, a spokeswoman for the Guptas’ Oakbay Resources and Energy Ltd., didn’t immediately return a call requesting comment on the ANC statement. An e-mail sent to the company’s communications department wasn’t immediately responded to.

Since taking office, Zuma’s tenure has been marred by corruption scandals, controversial appointments and policy missteps that critics say have stifled growth and investment and fuelled public disenchantment. He won a second and final five- year term as president in 2014.

“This is in effect to me an oblique dressing down of Jacob Zuma’s relationship with the Guptas,” he said. “What was wanted was a compromise between those who have been very critical of Zuma and those who have full confidence in him.”