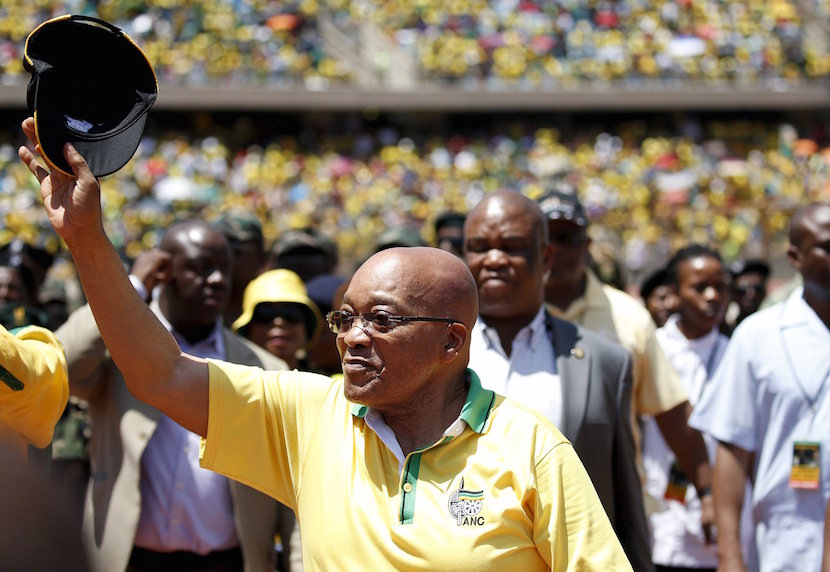 In any situation, one’s standing on steadier ground when it’s seen as a proactive rather than a reactive move. The ANC and Zuma find themselves in a corner, following yesterday’s Constitutional Court judgment on Nkandla, and a reaction is expected. Political analyst Daniel Silke sees a ‘safe, ‘user-friendly’ exit that keeps both parties happy, but the country shouldn’t relax too much. The divisions and factionalism run deeper in the ruling party than ever before. And whilst the Constitutional Court and the Thuli Madonsela have been enhanced in their roles like never before, the ability of factions (not only crony capitalists) to capture the state still remains possible. – Stuart Lowman

The Constitutional Court judgment against President Zuma has again shifted the sands of the South African political discourse.

This was dramatic stuff from Chief Justice Mogoeng Mogoeng. It will act as a road-map for the future in curbing the abuse of power and enshrining the separation of powers so vital for a functioning democracy.

For many South Africans – and the international community – the judgement came just at the right moment. The language used, the meticulous attention to legal argument and the tone of gravitas was critical in restoring the battered faith that many have had in our body politic.

In an hour-judgement, the commitment to the rule of law was re-inforced and the world saw living proof that no-one was above the law – including the President.

This therefore was an important signal to the global investor community – so skittish already about cronyism, state capture, economic stagnation and political decline. It will restore some faith in our ability to self-correct and rectify even the most sensitive of issues.

This was, perhaps, part of the reason for a strengthening in our currency amidst the judgement although a weakening Dollar and slower US interest rate cycle probably played the predominant role.

It is indeed noteworthy, that markets in our sister BRICS country, Brazil, reacted equally positively once the likelihood of embattled President Dilma Rousseff’s impeachment grew.

The judgement has profound implication not only for President Zuma but for his parliamentary caucus. Both will have had their credibility severely damaged and the need for corrective measures now runs well beyond the technical ruling of ‘paying back the money’.

What irony that it is now the National Treasury and the Office of the Minister of Finance – a Minister that President Zuma was largely forced to appoint after the Nhlanhla Nene debacle and who has been so politically vulnerable thanks to threats from the Hawks – now presides over calculating the penalty Zuma must pay.

For all the analysis and pontification, the way forward for the President and the ANC remains less than clear. With a technical impeachment highly unlikely – given that a 2/3rd majority in the National Assembly would be needed – it is ultimately the internal mechanisms of the ANC that will decide Zuma’s fate.

And, the last thing the ANC would want is for such an issue to be defined by Opposition parties and the media.

So like a punch-drunk heavyweight fighter, battling to stay upright and using the ropes to stem his fall, the President now seems more than cornered. And, given the context of this judgement against the Guptas state capture issues, the spy tapes saga and even the Al Bashir ruling, a tipping point for Zuma is nearing.

But the ANC can barely afford a back-to-back recall following the unceremonial demise of Thabo Mbeki’s presidency. The ructions that caused will seem minor compared to a very different ANC today – one that has been used by its President to ring-fence himself with multiple individuals reliant on his largesse and coat-tails.

Like a house-of-cards, the fall of President Zuma could unsettle the smaller empires and regional fiefdoms of a host of politically connected elites.

Given this vulnerability – and the emergence of deep divisions within the party on the core issue of state capture barely a week ago – the ANC may well seek to manage the exit of the President in more ‘user-friendly’ way.

The party needs to find a suitable replacement who will have cross factional buy-in. And any choice of successor is especially sensitive given the party’s elective conference next year and the jockeying for position that will entail.

For however long President Zuma remains in office, he will largely be a ‘lame duck’ unable to exercise power and will be detrimental to domestic policy formulation and foreign investor perceptions.

All this is complicated by a pending local government election in which the ANC has to make the call whether President Zuma now constitutes enough of an electoral liability to either continue in office or be shunted aside quickly.

Paramount to the ANC is power. And for power to be maintained, unity is essential. And, in the case of President Zuma, don’t expect his allies to throw him under a proverbial bus without trying to engineer both a safe ‘exit strategy’ for him and a reasonable amount of breathing space for themselves in a post-Zuma era.

These challenges would normally be pretty daunting for any political party. But increased electoral vulnerability even before this latest round of intrigue creates more tension and unease.

Still expect the ANC to choose to manage the possible exit of the President in a manner which shows him sufficient respect and honors his struggle credentials. This is an ANC that needs to lay the ghost of the Zuma years to rest in the nicest possible way otherwise deep ructions can derail unity and dilute power. It may therefore take some time for the ANC behemoth to act.

In the interim, South Africa is confronting its own political ghosts. It’s institutions are solidly independent. It is a country able to regenerate itself – albeit often and five-minutes-to-midnight.

But don’t relax too much. Divisions and factionalism run deeper than ever before. And whilst the Constitutional Court and the Thuli Madonsela have been enhanced in their roles like never before, the ability of factions (not only crony capitalists) to capture the state remains possible.

Safeguarding our institutions has rewarded us. Now let’s protect them even more.