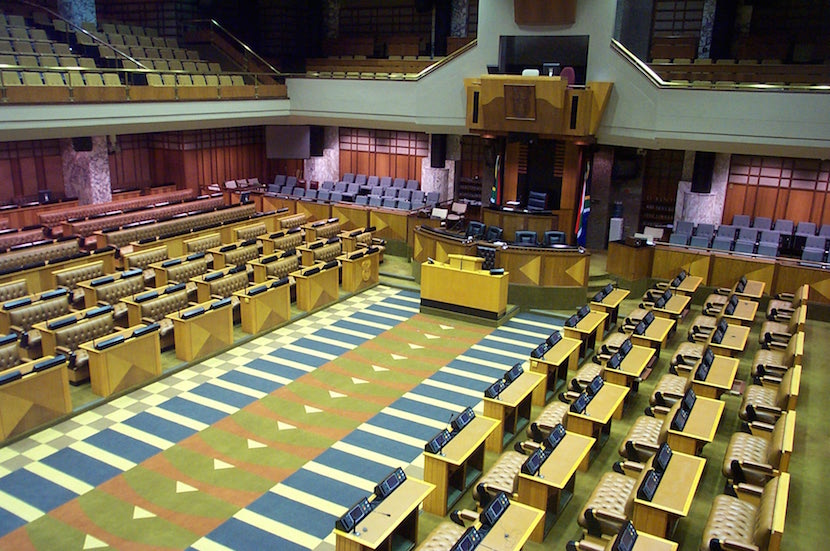 The ruling ANC has shrugged off today’s attempt by opposition parties to impeach President Jacob Zuma. It has the luxury of a majority vote to easily defeat the motion. And in SA’s proportional representation system of Government, party loyalty trumps independent thought every time. At Biznews, we retain steadfast in a belief that the ANC will eventually do the right thing. There is too much history and too many stalwarts with integrity for us to go along with a conventional view that the party of Mandela and Luthuli has been captured by miscreants. Human beings are fundamentally good. We all want to do the right thing. But will the “right thing” happen today? Probably not. Some voting today in Parliament have no option. They have been compromised by making the wrong choices, much like their deeply flawed leader President Jacob Zuma. What of the others? Despite all the evidence, now including the #PanamaPapers, many of those who have retained their honour remain unconvinced that evidence of Zuma’s misdeeds isn’t just a conspiracy designed to damage their party. A grand plot to rip it apart, as secretary general Gwede Mantashe warned that firing Zuma now would do. So be it. But the truth will emerge. It always does. The longer it is suppressed, however, the more damage is wrought. Even for the seemingly impregnable, like the ANC itself. – Alec Hogg

The National Assembly on Tuesday is set to debate a motion tabled by the Democratic Alliance to have President Jacob Zuma removed from office.

This follows last week’s Constitutional Court ruling that Zuma failed to uphold the Constitution when he did not comply with Public Protector Thuli Madonsela’s remedial action regarding payment for the upgrades to his Nkandla homestead.

It ruled that the National Assembly also failed to uphold the Constitution when it set aside Madonsela’s report.

Since the judgment, calls for Zuma to step down or have the ANC recall him have increased.

This is set to be a arduous week for the ruling party as it deals with the backlash following the ruling by the highest court in the land.

The party held an extended National Working Committee meeting at the President Hotel in Cape Town on Monday.

On Friday, Zuma apologised to the nation during a live address on the SABC in which he said he had not “knowingly or deliberately” violated the Constitution.

Shortly after his apology, ANC secretary general Gwede Mantashe expressed the party’s support for the president saying he had “humbled himself” when he apologised.

He said opposition parties’ calls to have Zuma removed were intended to tear the ANC apart, which he said would not happen.

But it’s not only the opposition which have called for his removal. Some ANC stalwarts have called for Zuma to step down or be removed. They include Ahmed Kathrada, SA National Defence Union (Sandu) members as well as some ANC Gauteng members.

Before the debate on Tuesday, the ANC’s officials are expected to meet the parliamentary caucus. The party’s political committee, chaired by Deputy President Cyril Ramaphosa, is also expected to meet.

Opposition parties – the DA, Economic Freedom Fighters, United Democratic Movement and Congress of the People – are also said to be meeting before the debate.

National Assembly Speaker Baleka Mbete and National Council of Provinces chairperson Thandi Modise addressed the media on Sunday, saying they appreciated the Constitutional Court’s ruling on Nkandla as there was now legal certainty on reports by Chapter Nine institutions, such as the Public Protector.

The process of Zuma impeachment has begun. DA's Mmusi Maimane at #ConCourt says he has already drafted the wording for National Assembly.

Unclear whether ANC MPs would be given free vote

However, Mbete said Parliament did not owe Madonsela an apology following the court ruling.

Tuesday’s debate on the removal of the president in terms of section 89 of the Constitution will culminate in a vote.

The motion has to be supported by at least a two-third majority of MPs.

Opposition parties are said to be calling for a secret ballot, however, Parliament said a secret ballot was only used when electing a president, speaker or deputy speaker.

It was unclear though whether ANC MPs would be given a free vote.

A free vote is when MPs are given the opportunity to vote according to their own conscience instead of according to an official party line.

Modise on Sunday said there would not be any influence over how MPs should vote. – News24