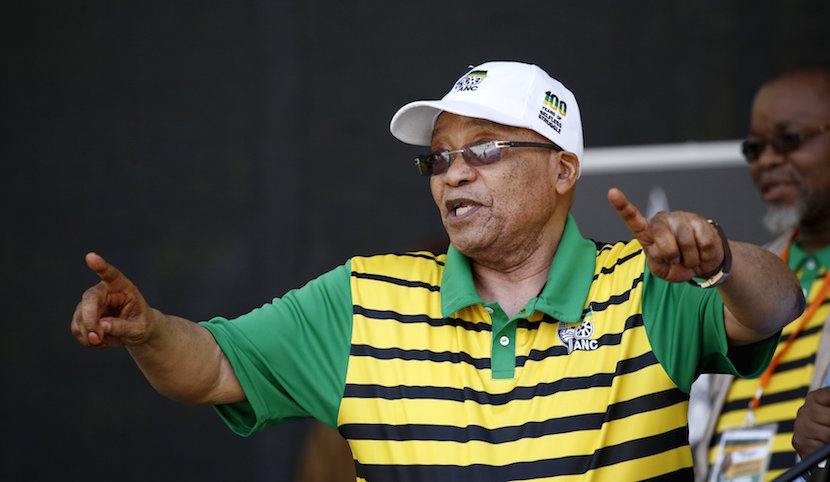 Mmusi Maimane and his young leadership team at the Democratic Alliance have always subscribed to their own vision of hope. But now they start believing the rest of the nation is catching on. Evidence is growing that a previously docile electorate is stirring as the poorly led ANC continues to shotgun its own limbs. With little over a month before SA’s Municipal Elections, opinion polls show continued mushrooming of support for the DA and fellow opposition party EFF. Latest, from news channel eNCA, shows the DA now enjoys an almost unimaginable lead in Pretoria – at 42%, almost double that which the ANC can count on. The DA is confident of harvesting an outright majority in Port Elizabeth. After this poll – where support rose a hefty six percentage points in just over a week – it will start believing a similar result is possible in the capital. – Alec Hogg

Just 23 percent of respondents in the Tshwane municipality, which includes Pretoria, who were surveyed by telephone this week said they would vote for the ANC, down 4 percentage points from a week earlier, according to the poll, which was compiled for the broadcaster by research company Ipsos. Support for the opposition Democratic Alliance surged to 42 percent from 36 percent, and for the Economic Freedom Fighters to 11 percent from 9 percent, the broadcaster said in a statement.

Five people died, shops were looted and 270 people were arrested last week, after the ANC’s nomination of lawmaker and former agricultural minister Thoko Didiza as its mayoral candidate for Tshwane met with widespread resistance. The protests were the latest setback for the ANC, which was already losing support due to rising discontent over a lack of jobs, decent housing and education, and a series of scandals that have implicated its leader, President Jacob Zuma.

“Roughly one-third of voters said last week’s flare-up influenced or changed their decision on who to vote for,” eNCA said. “The ANC seems likely to lose control of the capital city.”

The final election results could differ from the polls because of the small sample size, the high margin of error, the fact that many respondents were undecided and it was unclear whether those surveyed were registered to vote or intended to do so, said Susan Booysen, a politics professor at the University of Witwatersrand in Johannesburg, before the release of the latest survey.

“It’s early days,” Booysen said. “We can at best treat this as a broad, broad indication of the election outcome.”

The August vote is being contested by 200 parties and 61,014 candidates, the Independent Electoral Commission said on Wednesday.

The ANC won 62 percent of the total vote in the last municipal elections in 2011, gaining control of 198 of the 278 municipalities, including seven of the country’s eight biggest metropolitan areas. The DA secured 23.9 percent support and an outright majority in 18 councils, including Cape Town, the second-biggest city, which wasn’t covered by the eNCA poll. The EFF was founded in 2013.