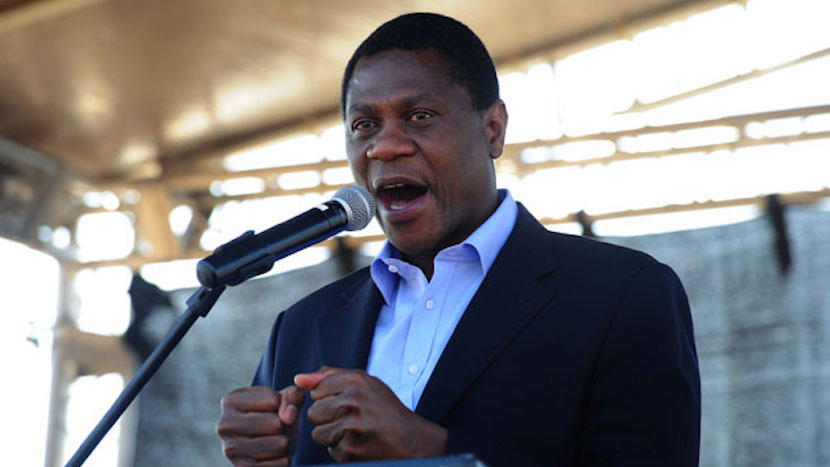 In the last few days three white, mature male friends who have voted for the ANC in every election since 1994 say they cannot bring themselves to do again next month. By their actions and our discussions on the subject, they are people who think deeply about democracy and appreciate the sacrifices required for South Africa’s universal franchise. While none are prepared to swing to the opposition, it is clear that the Zuma Regime has killed the spirit of these die-hard ANC supporters. Their approach is likely to be shared by millions across the country on August 3 who now know that a vote for the ANC is no longer a vote for what Nelson Mandela stood for. The overwhelming evidence shows that it is, instead, an endorsement of crony capitalism, corruption and enrichment of a politically connected elite. While Luthuli House and an out-of-touch President continue to act as though it’s business as usual, the ANC’s Gauteng leader is far more realistic. Paul Mashatile, a sharp critic of the Zuma Way, is now urging his fellows to reform or die. He’s on the money. And in this warp speed age, the slide is likely to occur far more rapidly than anyone can imagine. – Alec Hogg

“If the ANC does not change, it will see itself gradually out of power,” Paul Mashatile, the 54-year-old chairman of the party in Gauteng province, which includes the capital, Pretoria, and Johannesburg, the economic hub, said in an interview. “Many of our leaders and members know we have to change.”

Africa’s most industrialized nation is facing an intense contest for the Aug. 3 local elections that has exposed the weaknesses of the party’s practices. Five people died in protests sparked by the competition over the nominees in the Tshwane municipality, which includes Pretoria. About 10 ANC members have been killed in the southeastern KwaZulu-Natal province, which includes the city of Durban, amid intense disputes over competition for council posts and control of local resources.

While the ANC has won more than 60 percent of the vote in every election since the first multiracial poll in 1994, the party’s succession battles since icon Nelson Mandela stepped down as president have led to internal strife and splits. Its popularity in urban areas has been dented by a series of scandals that have embroiled its leader, President Jacob Zuma, and discontent over a 27 percent unemployment rate and widespread poverty.

“We are already struggling as it is where everybody says, well, this is no longer the same, it’s no longer the ANC of Nelson Mandela,” said Mashatile. “When there’s a lot of noise it does affect the ANC and its support base. These things do take the energy of our members away from where we want that to be.”

Three recent polls by research company Ipsos on behalf of broadcaster eNCA show that the main opposition party, the Democratic Alliance, is ahead of the ANC in both Pretoria and Johannesburg, but will fall short of winning a majority. The ANC believes it has 50 percent support or more in many municipalities, Mashatile said.

Mashatile is part of a younger, urban generation of leaders who’re calling for more modern practices, coming up against conservatives who’re comfortable with the party’s traditional ways of operating.

“My view is that the ANC must bring its electoral processes from the ‘underground,’” said Mashatile. “The current system is manipulated big time.”

I am tired of tough talk by the likes of Paul Mashatile. These very strong talkers do nothing at the end of the day. They remain partakers.

Past elections have been tainted by allegations of vote buying and gerrymandering. The U.S. style of primaries and public debates are the kind of model the ANC should consider, he said.

“I like the American style; its very transparent,” he said. “If you want Donald Trump, you know what you are looking for.”

The ANC will hold its five-yearly conference in December 2017, when a new leadership will be elected and the party’s policies reviewed by about 4,000 delegates from the nation’s nine provinces, and three leagues that represent youth, women and members of the former military wing.

“We have to ensure there is huge renewal of the ANC come 2017,” he said. “Otherwise we will not survive.”

There have been calls from ANC members for the replacement of Zuma as party president when his second term expires next year. He won control of the ANC from Thabo Mbeki in December 2007 and was sworn in as president in May 2009, just weeks after prosecutors dropped charges against him of taking bribes from arms dealers.

Businessman Cyril Ramaphosa, who is the ANC and country’s deputy president, will probably come up against Zuma’s ex-wife, Nkosazana Dlamini-Zuma, a former minister who’s now chairwoman of the African Union Commission.

“There’s no fait accompli, the contest is open,” Mashatile said. “We must discuss all candidates openly when the time comes.”