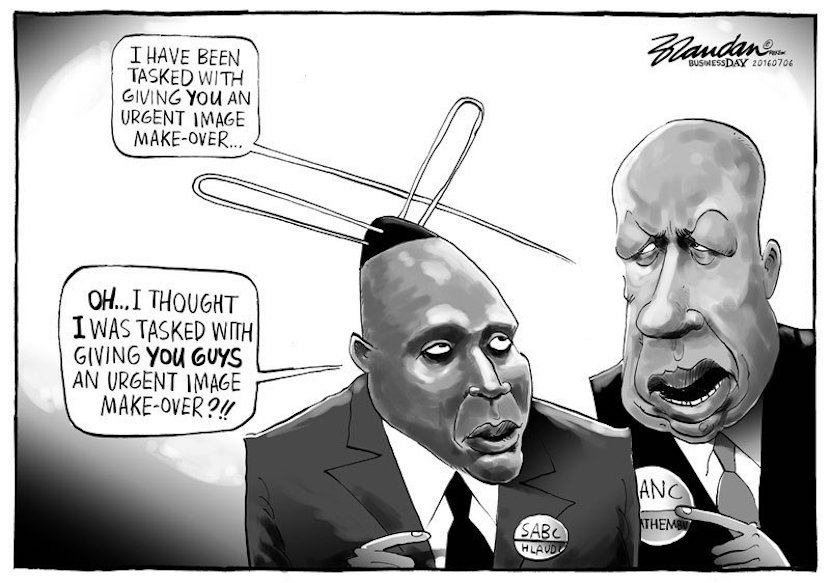 On July 5 the ANC chief whip, Jackson Mthembu issued a press statement in which he said:

“To date, no evidence has been produced to substantiate such claims.”

Julius Malema would, with the utmost respect of course, beg to differ with that last sentence and so would I.

11 July 2013 – Julius Malema launches his new political party, the Economic Freedom Fighters (EFF) in Johannesburg and lashes out at the media in general and the SABC in particular:

“The SABC is run from Luthuli House, in Jackson … oh … Jack Daniels Mthembu’s (laughter) office er.. Luthuli House, Sauer Street, that’s where the SABC is ran (sic).   And when I came here I didn’t expect them because I know how we used to run them when we still there.

“Comrades in the SABC operate like it’s the eighties, scared they are going to be fired.”

Malema was telling the truth because, a year earlier, Blade Nzimande issued a public and absolutely unambiguous instruction to the SABC about how it should structure its news coverage and I have constructed a timeline relating to subsequent and relevant events.

He said he was “ashamed of the public broadcaster” for feeding the public a “breakfast, lunch and dinner” of news about “people who have been expelled” from the ANC.

“Auckland Park is a shame!” he said. “Sooner or later, we will have to tell them enough is enough, because we are the (SABC’s) listeners.”

Describing the likes of Mr Malema as enemies of the SACP, Mr Nzimande said that instead of working to “unite our people as a whole”, the SABC “runs with renegades”.

In the crisis around the SABC, it’s COO, board, shareholder minister, regulator & ANC, what amazes me is the silence from President Zuma.

13 September 2012 – The SABC’s largest trade union, Bemawu, claims that its members in the Corporation’s news rooms have been instructed not to report on expelled ANC Youth League president Julius Malema.

The Broadcasting, Electronic, Media and Allied Workers Union (Bemawu) is extremely concerned with what appears to be the censoring of the SABC’s News Reports. It has been reported to us by several of our members that they have been instructed to not report on ANY activities of the expelled ANC Youth League leader, Mr Julius Malema. The instruction went as far as to say that even if he is assassinated, or he dies in any other manner, it should not be reported on any SABC platform until Top Management has instructed otherwise. News staff have been warned also not to report on his whereabouts or what he is doing. This instruction apparently came from Solly Phetoe and Mike Seluma and was conveyed to all news editors around the country. A special meeting was called in some regions this morning to inform all news editors of this instruction.

Bemawu regards this as a gross violation of the principles of journalism and also an attack on freedom of the press. As a public broadcaster the SABC is duty bound to report news in a fair, unbiased and accurate manner and without influence from top or any other management of the SABC. We have informed our members to not comply with this unlawful instruction and to report the news of the day without fear or prejudice and to judge what should go on air purely on the news value and principles of the editorial policy of the SABC. This reminds Bemawu of the censoring of news by the apartheid government and total control of the public broadcaster by the ruling party. If management dare to touch any of our members ignoring this unlawful instruction, Bemawu will defend our members and take the matter to the highest court.

We call on an urgent investigation of this sorry state of affairs at the Public Broadcaster and we demand that the strongest action be taken against those top managers responsible for this instruction.

In a statement carried in the Mail & Guardian, SABC spokesperson Kaizer Kganyago said the allegations were not true.

“It is untrue that the SABC news department has issued any instructions banning Julius Malema. What news management has appealed for, is for more responsible and in-depth reporting on the issues,” Kganyago said. 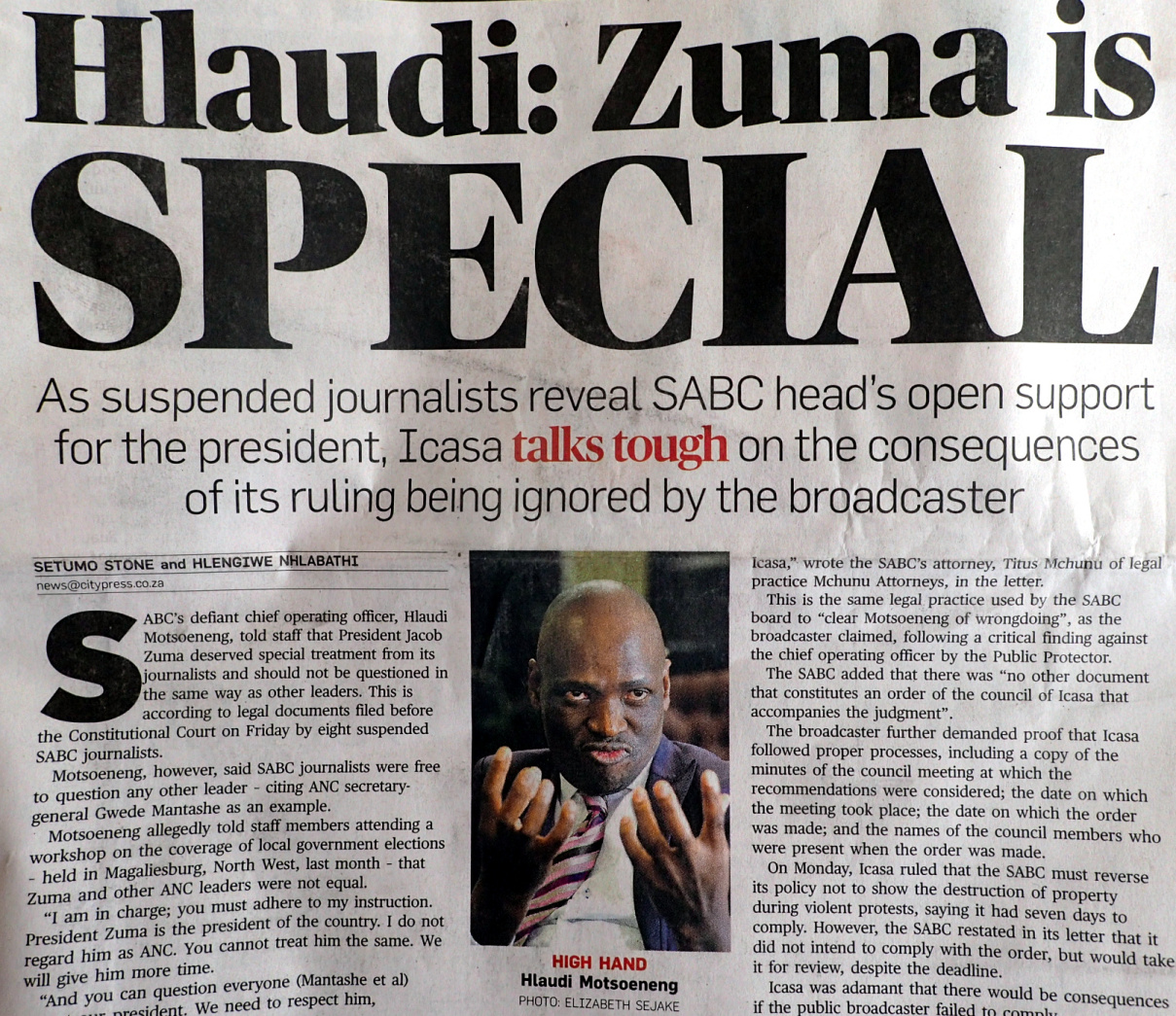 17 September 2012 – In an editorial, Sunday World said it was concerning that Jimi Matthews claimed to be basing the SABC’s television news coverage of Malema purely on the basis of news values while at the same time expressing an antipathy towards Malema that echoed the sentiments of Luthuli House:

Matthews said the decision on how to cover events involving Malema was based on news value and not popularity.

“I won’t be stampeded into following the popular line,” he told the Mail & Guardian.

He said they had led Tuesday night’s broadcast with Malema speaking to mine workers at Goldfields.

But they had not broadcast Malema’s address to members of the SANDF – though a reporter was assigned to it – “because of the low turn-out by soldiers”.

He said: “Here is a man [Malema] who is exploiting the desperation of poor people, with promises that he is not able to deliver.

“This guy [Malema] is supposedly unemployed, but he travels around. They must question and find [out] who is funding him.”

Very interesting, indeed, how Matthews walks into the punch of his accusers by revealing his own judgment of Malema. His pronouncements ironically show him forsaking the objective hat of a newsman for that of a politician, lending credence to accusations of biased news judgment.

Is it coincidental that his utterances – that “Malema is exploiting the desperation of poor people” – echo the sentiments of some ANC leaders?

Rather disturbing is the growing dissonance between the SABC’s actions and public perceptions of its execution of its broadcasting mandate.

The concerns expressed at the time by Bemawu and Sunday World were entirely justified and we now know that because Jimi Matthews confirmed this in an eNCA interview:

“Certain individuals in the ruling party including people like Hlaudi were of the view that we should not be giving Julius and his crowd coverage.”

The individuals he spoke of would certainly have included Blade Nzimande. 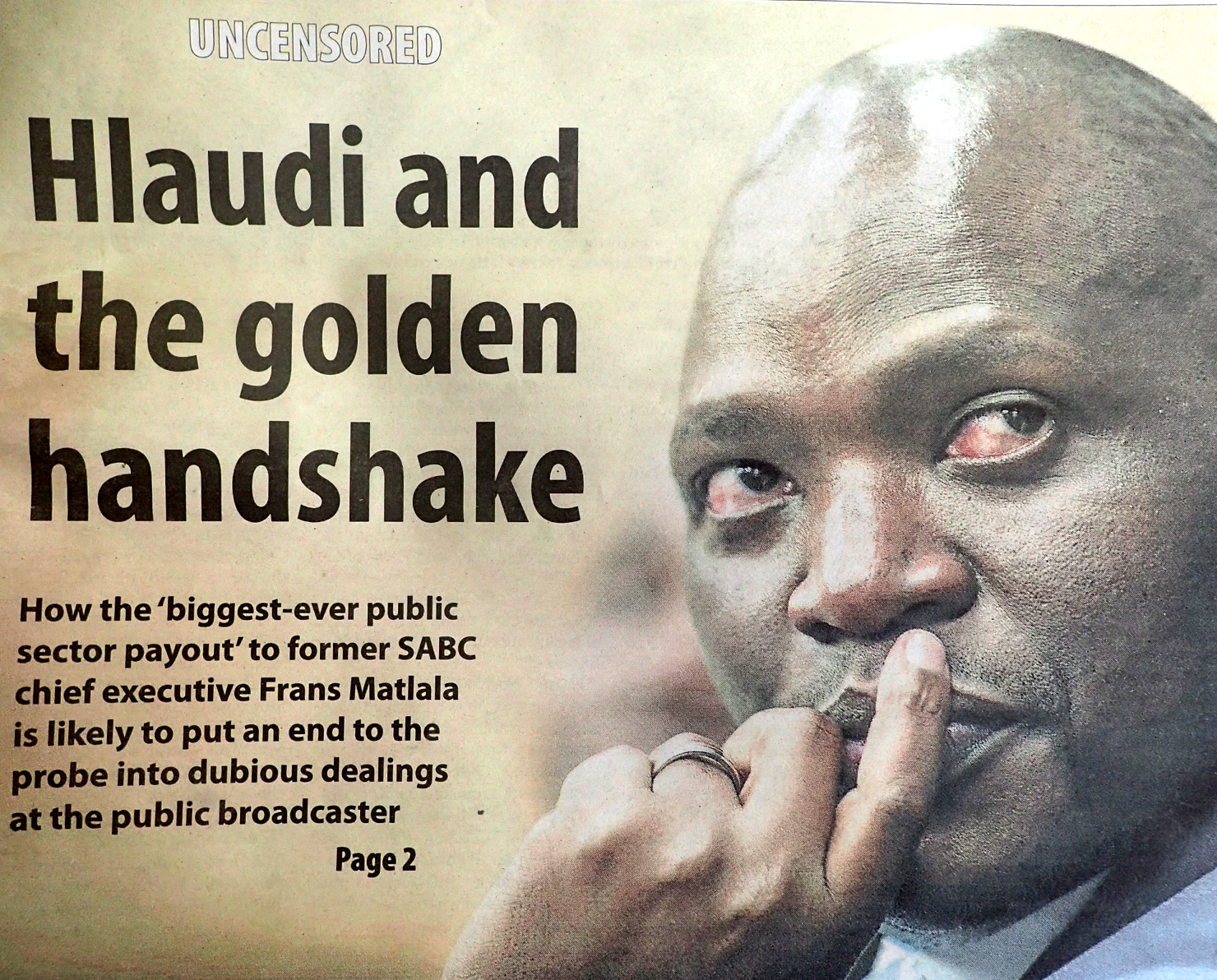 Proxies at the SABC

At the media conference on 5 July Mthembu said:

“We are able to represent ourselves…therefore we don’t need proxies at the SABC.”

That was a disingenuous statement. If he was speaking of the ANC as a whole then that was, in some measure, true because there are many members of the party who are deeply disturbed by what Hlaudi Motsoeneng is doing to the image of their party and to the image of the country and its ability to attract Foreign Direct Investment.

If, however, he was speaking of the ruling faction within the governing party then it would have been a blatant and brazen lie and should he dispute that perhaps he should ask his colleague, Communications Minister Faith Muthambi, who “Baba” loves so much. The front page lead in City Press on 17 July indicated that as far as Hlaudi Motsoeneng is concerned, the feelings are mutual.

Lindiwe Mazibuko summed this up nicely in a recent Business Day article in which she wrote:

“Mbeki’s mistrust of institutions of oversight also extended to the free media, with which he refused to engage productively. In response to this mistrust, his allies on the board of the SABC spent years presiding over a creeping culture of self-censorship and sycophancy; an ethos that systematically drove the sharpest and most talented people out of the corporation.”

Furthermore, you only have to read the ruling by Judge Neels Claasen or the speech in parliament by Suzanne Vos to realise just how iron-fisted the control by the Mbeki faction of the state broadcaster was or her account of how Dr Ben Ngubane controlled the SABC board after Mbeki’s departure.

We live today with the consequences of the ruling faction in the ANC’s de facto proxy appointment policy. At the weekend the newspapers carried details of a sickening R18 million pay out to suspended chief executive officer Frans Matlala. This has been widely – and justifiably – perceived as an outright bribe to dissuade him from going to court and revealing the details of the R42 million SABC studio scam. The Tsunami of Sleaze continues as does the surfeit of snouting.

I am not suggesting, as Julius Malema undoubtedly would, that Jackson Mthembu had had one tincture too many before making the above-mentioned statements about Hlaudi Motsoeneng and the SABC, but he underestimates the intelligence of the electorate at his and his party’s peril.