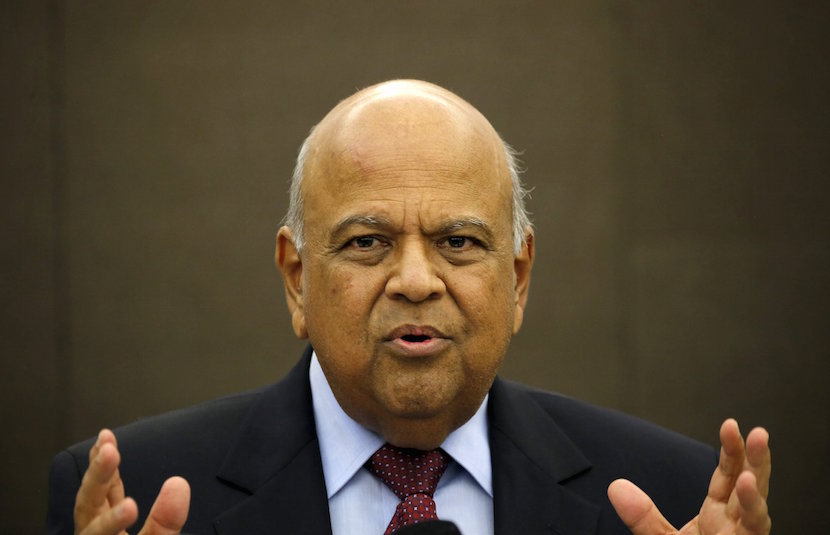 They say it isn’t healthy to place too much hope on one man, but in South Africa’s case, it’s all the community has left. The municipal election results brought with them hope, hope that the country had advanced its Democracy as competitive politics took shape. But what’s followed, is literally true to form from the ruling ANC. President Jacob Zuma looks set to wield a controlling stick over the country’s state-owned-enterprises, as further rent extraction is sought. At the same time, he’s distracting the man leading the charge, Pravin Gordhan, with the Hawks investigation on a SARS rogue unit. Pushing Gordhan, speaking at a Cape Chamber of Commerce event, to question if he’d done the right thing taking this job. But the proof is in the steps the country has taken since Nenegate in December that he’s done the right thing. But all this looks set for none, if the current script isn’t changed, as the special police unit circles. The Finance Minister also spoke about corruption and patronage, and how it’s one of the hurdles for initiatives like 0% university fee increases. He also said that there’s also a need for an inclusive economy, for the country to growth at 5 percent annually, a key marker for job creation. These are testing times for South Africa’s young Democracy. – Stuart Lowman

Cape Town – Hours after Finance Minister Pravin Gordhan revealed the charges the Hawks were seeking to bring against him, he said politics, power and rent seeking go together and South Africa needs to reform the system of patronage.

“We need to keep enough of a spotlight on it and ensure we remain honest,” he said during the second Rumble in the Jungle in Cape Town.

He added: “I don’t know whether I did the right thing taking this job?”

The event by the Cape Chamber of Commerce saw Gordhan debating against political commentator Justice Malala.

Gordhan received a standing ovation by the Cape Town business community, who see the minister as South Africa’s hope of avoiding a credit downgrade to junk status.

Gordhan wanted to convey a message of hope, saying South Africa was better than many counterparts around the world.

Read also: Pravin Gordhan: No President Zuma, I won’t “present” myself to the Hawks

“Applaud these wonderful officials we have in Treasury and other civil servants,” he said. “We are just 23 years young, we are building a country, we are building a nation, it will take time. It took European countries many years, we are still very young.”

Answering Malala’s challenge about how he would solve the crisis where 8.9 million South Africans don’t have jobs in South Africa, he said SA needs a sharing model and trust.

“The sharing model or the solidarity model is a major challenge we need to take on as a globe,” he said. “We need to be more agile and don’t think the state will give us this magic 5% growth. We need an inclusive economy.

The Hawks circle around Pravin Gordhan. It's obvious what's going on: last scramble to feed from the trough as political landscape changes.

“The second message is trust, or a lack of trust. We don’t trust those elites, which include business.”

He said that unless there is investment in our economy there will be no jobs. He pointed to the green shoots in the economy as a sign of hope. “Economists are seeing green shoots such as manufacturing and mining, which have been performing better.”