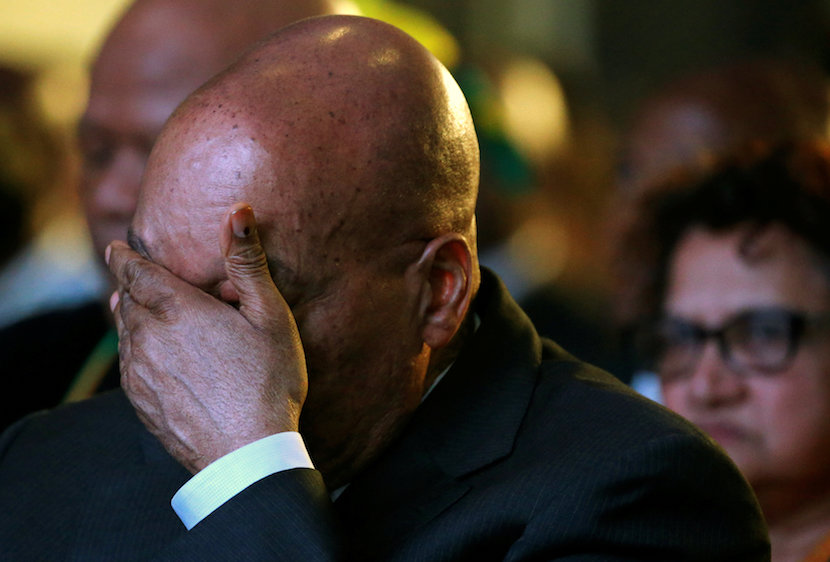 It’s simple economics, if the pie stays the same size and more people want a piece of it, the slices get smaller. Professor Matthew Lester continuously makes reference to South Africa’s ever-expanding population, and if you couple this with stagnant growth rates, citizens are ultimately getting poorer. But this theory needs to be backed up by numbers and stats, and John Maynard sinks his teeth into the subject. He winds back the clock and compares the economic growth achieved by all South African presidents since 1994. The numbers may not surprise, especially since Jacob Zuma moved into the big office. Maynard is the pen name of an independent economist who is obsessed by stats. He lets the numbers do the talking in yet another excellent contribution. See more of his work at South African Market Insights. – Stuart Lowman

When all is said and done regarding a specific country’s president, history and numbers will tell the true tale of just how successful or unsuccessful a country’s leader has been. While great strides have been made in South Africa regarding service delivery to the poor, access to water, housing, health, electricity etc. the country’s economy has not been an area where great strides have been made in the last two decades.

The line graph below shows the quarterly economic growth rate over time, with different colours representing different presidents. As can be seen from the graph that for most presidents the economy dipped into negative territory at least once. Some of it being brought about by massive global economic events such as the Dotcom bubble bursting and the subprime mortgage crisis that lead to the financial crises which affected the whole world in 2008 to 2010. However under president Jacob Zuma’s watch, the economy has dipped into negative territory three times already. Not exactly a sign of a healthy and strong and growing economy.

GDP per capita per year

Perhaps the variable that reflects the sentiments of a country the best, a country’s exchange rate is a marker for the world’s views on a country’s political, social and economic circumstances. A country with a stable political and social environment and a growing economy will have a strong exchange rate, as investors like stability and certainty. One thing the markets and investors hate is uncertainty. Any uncertainty in the political, social or economic environment will lead to investors shying away from a country, and this will lead to a weaker exchange rate as demand for such a country’s currency will fall. Economics 101, if supply remains the same and demand falls, the price will drop. Below the line graph showing the performance of South Africa’s currency each year up to 2016 (data up to July 2016 was used to estimate for 2016)

While the government will claim the exchange rate’s performance is due to a strong dollar, emerging market risk aversion, commodity price slump lowering demand for the South African currency, they cannot dispute the fact that since Jacob Zuma took over as president of South Africa, the currency has been slaughtered. And with political infighting, “invisible hands” and state capture, crony capitalism and general lack of good governance within government, the world is sending the ruling party in South Africa a very clear message with the current level the exchange rate is sitting at. Pull your socks up or you in for a whole world of pain.

A ratings downgrade seems all the more imminent due to the “Zuma camps” continued efforts to target finance minister Pravin Gordhan. And this all so that racketeering and further looting of state coffers can take place to the benefit of a select few, while the country as a whole will suffer for years if our ratings get downgraded. A few things the factions within the ANC need to consider before continuing down this path. If South Africa is downgraded to “junk” status the following will likely happen: