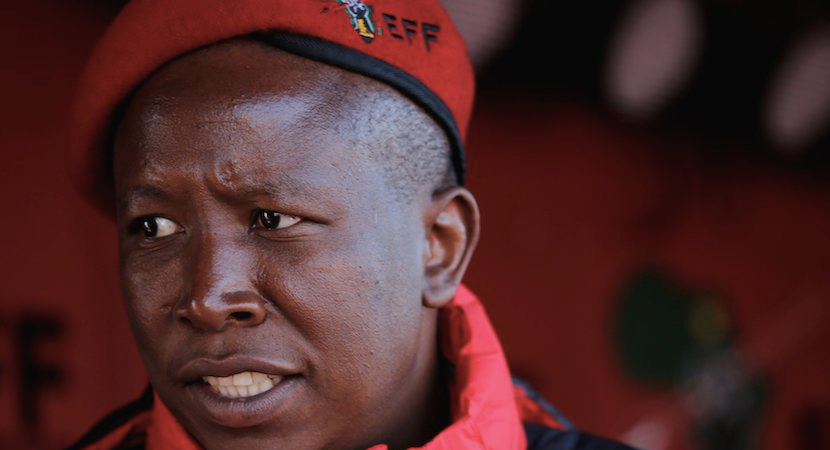 The anti-white rhetoric delivered by the Economic Freedom Fighters’ (EFF) Julius Malema is stirring up racial divide. It is also being mimicked by President Jacob Zuma and his cronies as they distract their supporters with a strategy to dismantle “white monopoly capital”. Al Jazeera documents the rise of Malema, a former rising star of the ANC who has developed his party into a significant feature on the political landscape. This is a chilling film, highlighting how incidents like the Marikana massacre and rampant corruption have fuelled support for the EFF. Malema is a charismatic leader for many disheartened South Africans. As the power of the ruling party is contested, Malema’s appeal strengthens among people who feel let down by the ANC and are impatient for change. Expect the EFF to work on convincing South Africans it is a respectable party while also maintaining Malema’s credentials as a revolutionary in the run-up to the 2019 elections. – Jackie Cameron

Julius Malema is one of the most controversial political figures in South Africa today. Malema was a rising star in the ruling African National Congress party (ANC) until 2012 when he was expelled after a bitter fallout with President Jacob Zuma.

Many commentators thought he would disappear into oblivion after his expulsion but in 2013, he founded his own political party, the Economic Freedom Fighters (EFF). To his many thousands of supporters, Malema’s aggressive focus on the rights of poor black South Africans makes him a future leader of South Africa. To many others, his bombastic rhetoric is offensive.

After 22 years in power, the ruling ANC’s claim to represent the interests of the black majority is under question as the voice of Malema and his EFF party appears to resonate with growing dissent across the country.

Filmmaker, Rehad Desai (Miners Shot Down) takes us on a personal journey through this clash over the past five years.