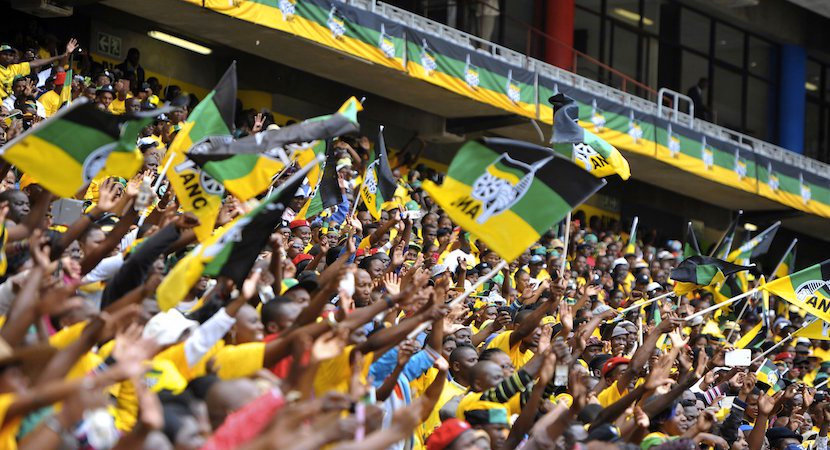 CAPE TOWN — The cadre of ANC struggle veterans who have held true to the principles so nobly lived by Nelson Mandela is shrinking by the day as they either pass on or are excluded from the self-interested multi-tentacled cabal that now rules the country. Raymond Suttner gave up a promising career to, as he puts it, live his life authentically in line with humanitarian principles, costing him his freedom and leaving him traumatised for life after repeated torture by apartheid security police. We’re given insight into the steely determination and integrity that today leaves him out in the cold as the captured ANC completely loses its way. We’re reminded that the now-disaffected SA Communist Party and Cosatu were 100% behind installing Jacob Zuma as Thabo Mbeki’s successor, falsely extolling virtues he doesn’t possess. Also, that Zuma was linked with corrupt activities in 2007 – before being elected ANC president. We’re dealing with a larger beast here than just one cynical, shrewd manipulator of factions and dissidents. Suttner’s qualities are never better illustrated then when he says the turning point for him came in 2006 during Zuma’s rape trial where his chosen method of defence against the complainant, ‘Khwezi,’ became just too much. – Chris Bateman

In the liberation struggle against apartheid a small number of white people joined the battle to overthrow the South African regime. One of them, academic Raymond Suttner, was first arrested in 1975 and tortured with electric shocks because he refused to supply information to the police. He then served eight years in prison because of his underground activities for the African National Congress and South African Communist Party.

After his release in 1983 he was forced – after two years – to go underground to evade arrest, but was re-detained in 1986 under repeatedly renewed states of emergency for 27 months – 18 of these in solitary confinement.

First published in 2001, Suttner’s prison memoir “Inside Apartheid’s Prison”, has been made available again, now with a completely new introduction. The Conversation Africa’s Charles Leonard spoke to Suttner.

Why did you write the book?

I was hesitant to write it because there is a culture of modesty that is inculcated in cadres. I used to think it was “not done” to write about myself. I also thought that my experience was a “parking ticket” compared with the sentences of Nelson Mandela and others. But I came to feel that I have a story to tell.

Nevertheless I hope that resources will be found so that more stories are told, not only of prison but the many unknown people who pursued resistance in different ways in a range of relatively unknown places.

You were imprisoned and on house arrest for over 11 years. It was based on choices you made. Would you make the same choices today?

Yes. I did what I believed was right at the time and even if things are not turning out so well at the moment that does not invalidate those choices. I saw the liberation struggle as having a sacred quality and considered it an honour to be part of it.

Read also: Raymond Suttner: Patronage, violence and murder – too late for ANC to heal its divisions?

I was very influenced by the great Afrikaner Communist Bram Fischer. He had nothing to gain personally and could have been a judge, the president of the country or anything else. Instead he chose a life of danger and later life imprisonment. I was inspired by that example, amongst others, to do what I could.

When one embarks on revolutionary activities there are no guarantees of success. I was not sure that I would come out alive. I did what I believed was right and would make the same choices again.

So those choices were worth it? 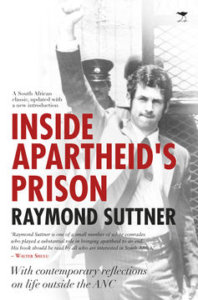 Definitely. This was not a business venture where one could answer such a question through balancing profits and losses. For me joining the struggle, as a white, gave me the opportunity to start my life afresh by joining my fortunes with those who were oppressed. It gave me the chance to link myself with the majority of South Africans.

That was a more authentic way of living my life than whatever successes I may have achieved, had I simply focused on professional success. Most importantly I see this choice – to join the liberation struggle – as giving me the opportunity to humanise myself as a white South African in apartheid South Africa.

Do you still feel the damage after all these years in prison?

Yes. I have post-traumatic stress. I am not sure that it will ever be eliminated or that I always recognise its appearance. Many of us live with scars from that period.

I have not always acknowledged or understood that I have been damaged but it is directly related to my having fibromyalgia (a disorder characterised by widespread musculoskeletal pain accompanied by fatigue, sleep, memory and mood issues), according to the specialist who diagnosed it. She cautioned me about returning to my prison experiences, in this book, fearing the possibility of it setting off physically painful symptoms. That didn’t happen as far as I am aware and returning to the scene of trauma may be part of healing, according to some.

Why did you break with the ANC over 10 years ago?

I had not been happy with many aspects of Thabo Mbeki‘s presidency but that did not mean I should align myself with his successor Jacob Zuma. Zuma’s candidacy was promoted not only by ANC people but especially the South African Communist Party (SACP) and trade union federation Cosatu’s leaderships, presenting him as having qualities that were not valid. In particular the claim that Zuma was a man of the people with sympathy for the poor and downtrodden was untrue.

Read also: Raymond Suttner: Zuma is running out of options, ANC is imploding. What might be next?

It was already known that he was linked with corrupt activities before he was elected as ANC president in 2007. But what was decisive for me was Zuma’s 2006 rape trial. There was something very cruel in the way the complainant, known as “Khwezi”, was treated, in the mode of defence that Zuma chose. I found that unacceptable.

Is it not lonely outside the ANC?

I miss the comradeship that I understood to bind me to people with whom I had shared dangers, joys and sorrows. When you are together in difficult times it creates a special bond. I did not conceive of that being broken.

But when you break away in a time of decadence, what is it that one misses? I cannot resume relationships on the same basis as those which I previously counted as comradeship. Our paths diverged. I went out into the cold and some with whom I used to be very close chose to link themselves with a project that has meant corruption, violence and destroying everything that was once valued in the liberation tradition.I miss the comradeship that I understood to bind me to people with whom I had shared dangers, joys and sorrows. When you are together in difficult times it creates a special bond. I did not conceive of that being broken.

These former comrades have all been accomplices in Nkandla (Zuma’s private rural home which was upgraded at a cost to the country of R246-million to taxpayers), the social grants scandal and many other features of this period which have seen some individuals benefit unlawfully and at the expense of the poor. I do not say that every person I know has been improperly enriched. But all those who have been in the ANC/SACP/Cosatu leadership have endorsed, indeed even provided elaborate defences of some of the worst features of the Zuma period.

In the new introduction to the book I use the word “betrayal” and I choose it to refer to these people, many of whom were once brave, who turned their backs on those from whom they came or whose cause they once adopted as their own.

Yes, it’s lonely. But that loneliness cannot be remedied by resuming bonds with people who have taken fundamentally different paths. I now build relationships with others from whom I am learning and growing.