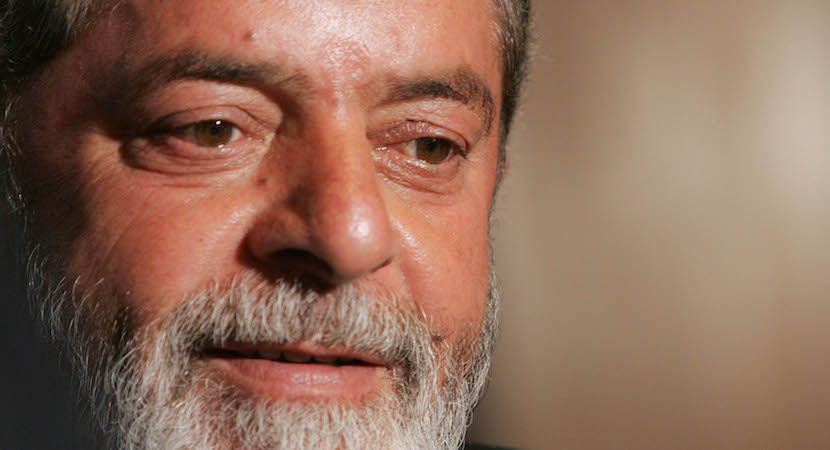 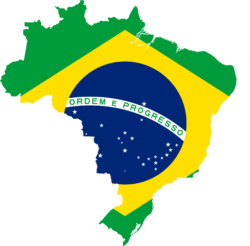 JOHANNESBURG — As the corporate chips start to fall in South Africa with the slow release of the #Guptaleaks emails, it’s fascinating to scan one’s eye across the Atlantic ocean to see current developments in Brazil. What’s been labeled Operation Car Wash, a three-year corruption probe that swept through the country’s ruling class, has claimed a once favoured icon. Former President Luiz Inacio Lula da Silva has been sentenced to nine and a half years in jail for his involvement in the scandal. Lula will appeal the sentence. But next in the crosshairs is sitting President Michel Temer, who faces a congressional vote on a corruption charge filed by the nation’s top prosecutor. These are good lessons for South Africa’s political elite to heed, especially those who find themselves in similar situations. As Mahatma Gandhi once said: “There have been tyrants and murderers, and for a time, they can seem invincible, but in the end, they always fall. Think of it – always.” – Stuart Lowman

By Bruce Douglas and Raymond Colitt

(Bloomberg) – The Brazilian judge who ordered the imprisonment of former President Luiz Inacio Lula da Silva set off a seismic event in a culture accustomed to impunity for its rich and powerful, and battered the resurgent left.

Judge Sergio Moro on Wednesday gave the man universally known as Lula nine and half years for taking 3.7 million reals ($1.1 million) worth of benefits from a construction company in exchange for favors. The three-year Carwash probe swept scythe-like through Brazil’s ruling class, and came to focus on the former factory worker who once was the nation’s most popular politician – and a strong contender to regain office.

Until now Moro’s anti-corruption crusade has enjoyed the support of a broad swathe of society in a country rife with graft. But the verdict on Lula could prove divisive, reviving the latent, visceral hostility between the ex-president’s sizable loyal following and his many vocal detractors. The opinion poll favourite for the 2018 elections, Lula may now be prevented from running, throwing the race wide open.

“This is an historic, symbolically powerful decision,” said Christopher Sabatini, a professor of international relations from Columbia University. “Carwash has reached up to the highest levels and brought down the icon of Brazil’s success.”

Investors welcomed the prospect that Lula may be out of the race. Brazil’s real and benchmark stock exchange accelerated gains after the decision was announced, each closing up about 1.5 percent stronger. Meanwhile, Brazil’s five-year credit default swap spread, a gauge of investor risk perception, dropped to the lowest in nearly two months.

Elsewhere, there were signs of unease with the verdict. As night fell, rival crowds started to gather in some of Brazil’s main cities to protest or celebrate the decision. Earlier in the day Lula’s Workers’ Party, or PT, released a statement describing the verdict as an “attack on democracy” and announced plans to hold nationwide demonstrations against the ruling.

Since June 2013, large-scale protests have periodically convulsed Brazil, with rising discontent accompanying the country’s slide into its worst recession on record. President Dilma Rousseff, Lula’s handpicked successor, was impeached in 2016. But the administration of Michel Temer has been dogged from the outset by chronically low approval ratings as well as accusations of illegitimacy and corruption.

“The condemnation of Lula is one more chapter in this farce run by the coup-mongering consortium that took control of this country to suppress workers rights,” the PT’s note added. Recent demonstrations by trade union movements linked to the PT led to some of the most violent scenes in Brasilia’s history, with activists ransacking ministry buildings and even setting one on fire.

Lula will appeal the sentence on the grounds that Moro disregarded material provided by defense, according to this his lawyer Cristiano Zanin Martins.

Moro’s judgment comes as Temer faces a congressional vote on a corruption charge filed by the nation’s top prosecutor, the first time a sitting Brazilian president has been charged with a criminal offense.

Members of the lower house Constitution and Justice Committee are currently debating whether to advise putting Temer on trial at the Supreme Court, with a decisive vote in the plenary expected as early as this week.

Until Wednesday’s ruling, recent Brazilian media attention had focused entirely on the pressure building on the current president. Lula’s sentencing will provide at least momentary respite for the Temer administration.

“At first glance, Lula’s condemnation is good news for Temer,” said Alvaro Dias, a senator from the newly-founded Podemos party. “But Congress and society are still in flames.”

With confidence in Brazil’s establishment already at an all-time low, the downfall of its most iconic political figure will only reinforce the nation’s sense of disillusionment and potentially pave the way for a maverick candidate in 2018. Trailing Lula closely in the polls is a former army captain, Jair Bolsonaro, famed for homophobic and sexist outbursts, and tirades against crime and corruption.

“This is bad news for the entire political system,” said Sabatini from Columbia University.