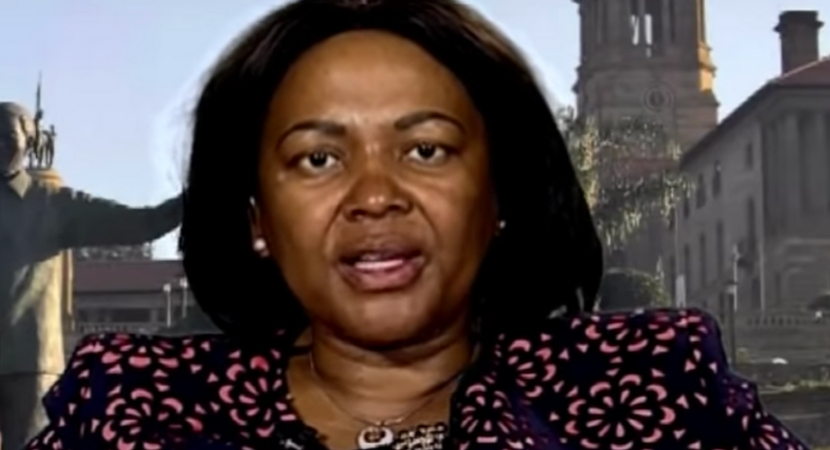 JOHANNESBURG — Watching the below video clip will leave you with cold sweats. SARS IT head, Mmamathe Makhekhe-Mokhuane, says she joined the tax collector last year (a time at which Tom Moyane was still calling the shots at the beleaguered institution). I don’t think anybody in media or public life has actually known of her existence or even the important role she occupies until this week when she literally launched herself onto our television and YouTube screens. A quick scan of her background also reveals some very vague qualifications when it comes to IT. She literally looks like she doesn’t know what she’s doing, and she failed to answer many questions in her now infamous live SABC interview. What’s concerning is that SARS’ e-filing system is actually a joke – its web interface literally looks like something from the early 2000s of the internet, and you often can’t use modern browsers to use the system. But despite allegedly operating at just 20% capacity, Makhekhe-Mokhuane says she’s not worried at all about e-filing. This is what cadre deployment has done to our country. – Gareth van Zyl

In the recent matter of Voyu Mlokoti v Amathole District Municipality and Mlamli Zenzile, unreported, Eastern Cape Division case no1428/2008, in respect of which leave to appeal has been refused, Pickering J has, in unequivocal terms, confirmed the illegality of the so-called practice of cadre deployment currently extensively practiced within the ANC. – The unlawfulness of cadre deployment Nikki de Havilland 14/1/2009

When asked about the impact of the abrupt halt to the modernisation programme, she responded by saying insourcing at SARS was necessary to give employees’ children bursaries.

When asked again about what needs to be done to fix SARS’ IT infrastructure, Makhekhe-Mokhuane told Kamwendo: “Ma-am, can you give me protection from yourself.” – SARS IT head’s bizarre TV interview goes viral Business Insider  17/10/2018

In 2013 the SABC board commissioned PricewaterhouseCoopers to do a skills audit of SABC personnel which was later presented to parliament. The MPs were not impressed and a contemporary newspaper report was headlined  SABC run by dummies’.

You really thought that said it all about the ANC‘s deployed cadre policy, didn’t you?

Then along came Busisiwe Mkhwebane and you thought that when it came to cadre deployment, the ANC couldn’t dig the hole any deeper.

Well, you were wrong, because it just got a whole lot weirder.

First, the SARS IT and digital chief, Mmamathe Makhekhe-Mokhuane left  Sakina Kamwendo and the SABC Morning Live audience bewildered and then, as an encore, she clashed with Judge Robert Nugent.

That’s very high-tech and given the fact that Makhekhe-Mokhuane is reputed to earn a quarter of a million rand a month you wonder whether anyone else was at the job interview and whether Tom Moyane conducted the interview himself.

You couldn’t make this stuff up, but it’s all part of glorious National Democratic Revolution narrative isn’t it?

In the bigger picture though, the impact of cadre deployment is, after 24 years of the ANC’s ‘Good Story to Tell’, proving to be catastrophic as the country literally comes apart at the seams, citizens become more fearful, and protests escalate because the ANC has always regarded salaries  and luxury vehicles and  KFC as more important than service delivery – ask Sylvia Lucas, she’ll tell you. And if you have to auction municipal vehicles in the process – who cares?

Across the country, the ANC’s deployed cadres, through their corruption and incompetence and indolence are causing the municipalities they control to topple like dominoes.

The ANC acknowledges that that only 94 municipal managers at the country’s 257 municipalities meet the competency levels required in terms of municipal regulations.

In response to a parliamentary question, Nhlanhla Nene, former minister of finance, acknowledged that only 79 municipal financial managers met the minimum competency levels for this vitally important position.

‘Governance has deteriorated to a point where all municipalities in the province have collapsed or are on the verge of collapse. Free State municipalities are serial offenders in respect of non-payment to Eskom and water boards, while also failing to render other basic services like sanitation and refuse removal in a reliable manner.

‘In the period between 2013 and 2017 alone nearly R1 billion was lost through the wasteful expenditure of Free State Municipalities. This was caused by Magashule deploying only those in his factional circle to leadership positions in councils and administrations of municipalities without the necessary skills or based on nepotism.’

Against this background Auditor-General Kimi Makwetu’s findings on corruption and mismanagement at municipalities come as no surprise at all.

According to the 2016/17 audit report, irregular expenditure at municipalities increased from R16.2 billion in the previous financial year to R28.3 billion in 2016/17 – an increase of 75%.

Makwetu also emphasised that municipalities were still experiencing the same accountability and management problems which his office identified as problem areas as long ago as 2011/12.

In municipalities controlled by the ANC there are routine human rights violations.

Those who express concerns about these situations are simply dismissed by the ANC as racists.

We know how the ANC’s deployed cadre system works because, Jacques Pauw and Crispian Olver and Helen Zille have outlined the process in detail.

We are, nevertheless, indebted to Mmamathe Makhekhe-Mokhuane, for showing us just how far removed from a merit-based society we have become after 24 years of the glorious National Democratic Revolution and the ANC’s deployed cadre policy which hallows ethnicity and political affiliation and nepotism and a communist ideology while it discounts talent.