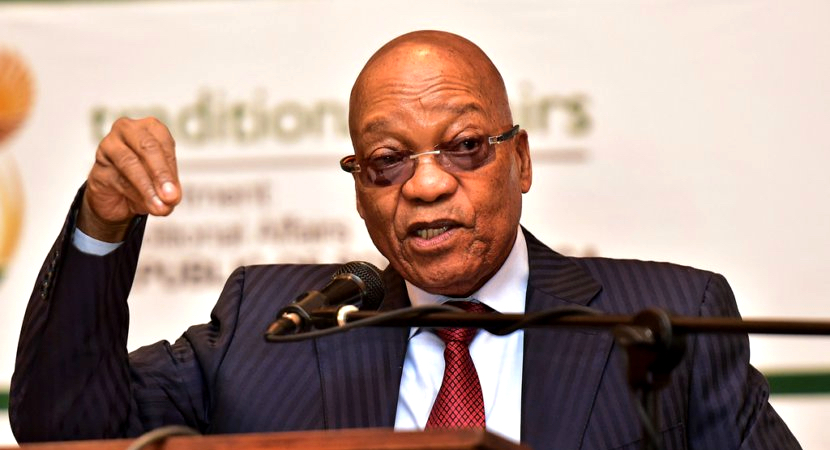 CAPE TOWN — Did we really need a court to tell us that Zuma abused our money to pay his luxurious legal fees or that he unabashedly sought to worsen our and the entire SA Development Community’s position? The answer’s obvious, but in a country where subsequently-proven miscreants continuously abuse our scrupulously fair legal system, it’s probably necessary. No falling on swords here. The only time we see top politicians jumping, (they’re seldom pushed), is when their blood is written on the walls and not doing so is tantamount to political suicide or idiocy. The arrogance and sense of impunity is breathtaking, but then a politician, like Pavlov’s dog, is easily conditioned (to corruption). With the narrow redemption after the ANC stared into the Zuptoid abyss, one crucial thing changed. South Africa went from impunity to consequence. Zuma has three months to pay back over R16m in legal fees and the Presidency and State Attorney’s office must move heaven and earth to ensure this (including instituting civil litigation). Once again, we’re forced to consider whether Ramaphosa did enough after being elected President. But again; politics is not about doing all the right things. This story courtesy of the Daily Maverick. – Chris Bateman

A full Bench of the North Gauteng High Court sitting in Pretoria on Thursday said the Presidency and state attorney must attempt to recover legal costs incurred by former president Jacob Zuma in his personal capacity.

“It is declared the state is not liable for the legal costs incurred by Mr Jacob Gedleyihlekisa Zuma in his personal capacity in criminal prosecutions instituted against him, in any civil litigation related or incidental thereto, or any other associated legal costs,” said Ledwaba.

“The decisions taken by the Presidency and the state attorney that the state would cover the legal costs that Mr Zuma incurred in his personal capacity in interlocutory and ancillary applications related to his criminal prosecution are reviewed and set aside,” he continued.

The state attorney must now compile a “full and complete accounting” of legal costs incurred by Zuma in his personal capacity and “take all necessary steps, including the institution of civil proceedings, to cover the amounts paid for by the state for Mr Zuma’s legal costs”, said the judgment.

In September, the Presidency said Zuma’s personal legal fees had cost the state R16.78m. The former president took a R7.8m loan from the now-collapsed VBS Mutual Bank to repay some of the money spent on upgrades to his private Nkandla home.

The court ordered the state to provide the full accounting detail, steps taken and steps to be taken to recover the amounts within three months.

Zuma argued that government or public interest is automatically implicated when an official is criminally charged. The court rejected the argument, saying the charges against him had nothing to do with performing his roles in public office.

The court also criticised Zuma for appointing and enriching his private attorneys rather than defending cases through the state attorney’s office.

The judgment said it’s in the public interest to pursue cases related to corruption or fraud but the costs shouldn’t be borne by the taxpayer:

“If the state is burdened with the high legal costs of those public office bearers who are charged with such crimes, the taxpayer bears that burden and poor communities continue to be denied access to essential services, as the state’s resources are being diverted in funding the defences of public office bearers charged with such crimes, in this instance financing Mr Zuma to have litigated on a most luxurious scale.”

Zuma is entitled to a defence and can pay for his own legal representation or use Legal Aid, it said.

The DA and EFF brought the court applications to reclaim the money spent on the former president.

“The Democratic Alliance has always maintained it was wrong of President Mbeki to decide that the public should pay for Zuma’s defence, and we argued that President Ramaphosa should have cancelled this illegal deal immediately,” said DA leader Mmusi Maimane in a statement.

“The system of corruption where those who loot the state are then able to defend themselves using public money has been stopped today. This case sets an important precedent, and we will take this fight further to those people complicit in State Capture,” he continued.

Repeated appeals have worked for Zuma before and he is likely to appeal Thursday’s judgment. Maimane said his legal costs should not be paid on appeal: “Now he has to pay it himself,” he told eNCA.

The DA accused Ramaphosa of protecting corruption by continuing to pay Zuma’s fees while the issue goes to court. The president has told Parliament only a court could set aside the 2006 agreement.

It’s been another tough week for Zuma in the courts. On Tuesday, the Constitutional Court ruled that an agreement he signed with SADC partners “unabashedly sought to put us and the people of SADC in a position that is worse than before”. DM