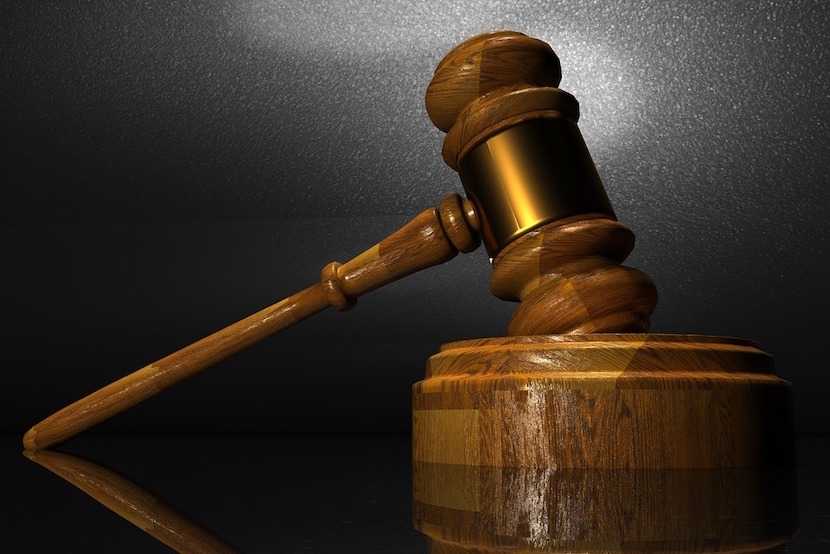 To say the law is an ass means the stupidly rigid application of the law. However, in South Africa’s case the application is far too often scheming, devious, manipulative – and triumphalist. I’m sure half a dozen cases immediately spring to the readers’ mind, whether they be Zuptoids ducking and diving, crooked executives or the EFF. Here Chuck Stephens, Executive Director of the Desmond Tutu Centre for Leadership, sprinkles us with a few recent better-known cases, leaving an unheralded but extreme, satirical example for last. It all boils down to a contempt of the judiciary where our liberal, pro-democracy statute book is taken advantage of with seeming impunity by smart lawyers and dodgy clients. The Zuma-era defined what became known as ‘vindictive triumphalism’, by political analysts where the impunity with which the State Capture crew operated and dealt with any opposition was breath-taking. Probably one of the best examples of this despicable abuse by people supposed to be public servants is outlined below. Ironically the very system designed to promote equality before the law is turned on its head in what chief Zuptoid Jacob Zuma made famous; the Stalingrad Strategy. Justice it seems, can be delayed until it is denied. – Chris Bateman

Run-away Triumphalism and Contempt of Court

Julius Malema was told by a court over five years ago that singing “Kill the Boer” constituted hate-speech. So he changed his tune – now he sings “Kiss the Boer”.

Recently, AfriForum lost its case defending the occasional use of SA’s old flag by Afrikaners. Displaying this flag gratuitously constituted hate speech, the court pronounced. This was is in line with the decision in the USA to ban the flag of Confederacy. Within days, its CEO had posted it on a tweet of the flag saying that he was conducting academic research (where it was apparently not gratuitous).

Now we have two appeals looming. A black man who called another black man by the “k” word and was convicted of crimen injuria plans to appeal. And now Jacob Zuma says that he will appeal the court decision that convicted him of crimen injuria for calling Derek Hanekom an “enemy agent”. Instead of apologising as instructed by the court, he ducks and dives once again. The Artful Dodger himself. Master of the Stalingrad defense strategy.

After telling us that he wanted his “day in court” to clear his name, he also changed his tune. Suddenly his legal team came forward with a new strategy – that Zuma cannot possibly get a fair trial because he has already been tried in the court of public opinion. This might be true if South Africa used jury duty to hear such cases. But Judges are surely immune to “public opinion”, or aware of it to the extent that they can cope? This decision is still awaited, and knowing Zuma, he will probably play for even more time if this new bid fails, by appealing to the Supreme Court or to the Constitutional Court.

Read also: Lawfare – our courts are under attack

It was Mashele and Qobo who labelled the two factions within the ANC as the “vindictive triumphalists” and the “soul-battered mourners”. They published these labels at the time when Triumphalism reigned supreme. We now have a much better idea how in fact the triumphalists managed to preserve their hegemony for so long – by the use of corruption and patronage in a system that is now called State Capture.

But incidents like those outlined above are a hang-over from that era. They show a total disrespect for the Judiciary. There is a total disregard that Rights come with Responsibilities. There is a depth of entitlement that is un-democratic and anti-social.

Another fossil of that era is the Seriti Commission. Imagine the Arms Deal investigation being irrational and not even interviewing key witnesses. No wonder that a decade later, a court has set aside its report.

Does the Judiciary have no teeth? Can it not enforce its decisions?

This does not apply just to the rich and famous. In Mpumalanga, an official in the Premier’s Office started skipping his rent payments to his landlord. When confronted by the landlord and subsequently an attorney, he got positively triumphalist. To the point of gaslighting the landlord. Blame-shifting.

However, he was taken to the Magistrate’s Court in December 2015, which involved several remands for the whole case to be heard thoroughly. In due course, in early August 2016, the landlord was granted an eviction order. The landlord won, but the tenant was given another two months to move out.

But only days before the deadline, he filed a Notice of Intent of Appeal his eviction to the High Court in Pretoria. Have you ever heard of appealing an eviction order? This was his triumphalist way of staying put, which he did for five more months. Then in early 2017, he just abandoned the house. The landlord had to change the locks to enter it. The house was in bad disrepair. The Wendy house out back had several bakkie-loads of garbage piled up in it – the tenant had not complied with municipal bylaws to remove his garbage to the designated pick-up point. But he worked in the Premier’s Office – so he was untouchable.

Read also: Public Protector is no Esther; she must abide by the law

Meanwhile there was a huge back-log of unpaid rent. The landlord got a Warrant of Execution from the Magistrate’s Court to visit him, seize some movable assets, and auction them off. It took a year until mid-2018 to follow through these steps.

But now there were the additional court costs – for the eviction and for the Section 32 collection of Unpaid Rent. So the assets seized were not enough to settle his rising debt. Here is someone who is gainfully employed, refusing to pay his debts – protected as always by his role at the Premier’s Office. It is abuse of power. The landlord has written four times to the Premier and got no response. The ex-tenant even warned the landlord that the Premier’s bodyguards would be coming to visit him. There was repeated intimidation and yet by mid-2019, the ex-tenant remains intransigent about paying his dues.

The gaslighting got so bad that the landlord also sued the ex-tenant for Defamation. He won. The ex-tenant’s response was to come back to the landlord’s property to steal. Even though there were witnesses, the police did nothing. He was un-touchable.

To force his immovable assets to auction is quite another story – there are many built-in protections to slow down this last resort. (As it should be.  Except these procedures are abused.)

Someone who has no real prospect of winning a case should not be allowed to go on appeal, to request condonations, to apply to rescind judgements, or to ask for judicial reviews. At some point this becomes manipulation of the Judiciary to defend those convicted. These are merely delaying tactics. This is run-away Triumphalism. It is “over-reach” not by the Judiciary but by defence lawyers.

No wonder there are calls to reinstate the death penalty! Not for civil disputes, of course, but as an indication that not only the Rule of Law, but Law and Order are needed to offset the vestiges of Triumphalism.

Efforts to redeem and rebuild the NPA are a great leap forward for our justice system. But we also need to give the bench some teeth to bite with. Court orders must be respected and enforced. Perpetrators do have rights, but so do victims. For some reason, the Judiciary seems to have “gone soft” – not in terms of handing down decisions, but in terms of enforcing them.

The treatment for triumphalism is heavy doses of law enforcement. If a “storm of prosecutions” is coming soon from the NPA, it will be a bit pointless – should the court orders obtained can be ignored and trampled on by those convicted. The quality of legal decisions is not at issue here, the bench has remained sharp as a tack. But those called out by the courts are not taking those decisions as seriously as they should be taken. This will only recycle crime, not stop it.