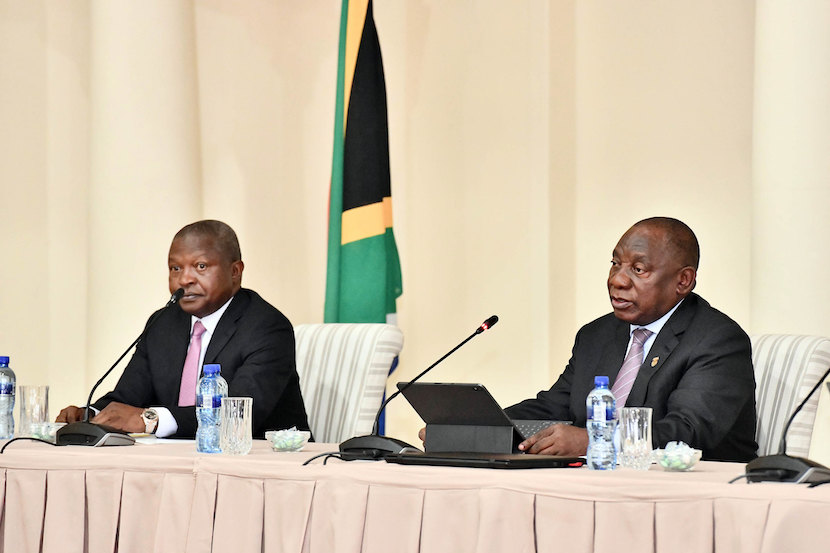 In 2017, David Mabuza, then premier of Mpumalanga, was appointed deputy president of South Africa. Mabuza was a dark horse who had the support of camps within the ANC that were loyal to former president Jacob Zuma. However, in the ensuing years, Mabuza appears to have committed himself to his administrative duties instead of solidifying his leadership role. A recent Mail and Guardian article asks where Mabuza is – and suggests he has taken a backseat, effectively making way for other ambitious members of the ANC to display their leadership qualities. In this open letter, economist and entrepreneur Dr Lawrence McCrystal and legal expert Advocate Hein van der Walt of the Confederation of Employers of South Africa (Cofesa) are advocating for President Cyril Ramaphosa to consider appointing a new deputy president and punt mining magnate Patrice Motsepe as an example of a leader who has the requisite qualities to occupy the second most important role in government. – Bernice Maune.

The looting by the highest rankings of public officials calls for the ‘recalibration of our moral and ethical compass’ to instil a culture of ethics in our country and on our continent. For this Cofesa posted an overview of the fundamentals of ethics, an extract from their  Code for business practice, on their website as a public service.

It covers dealing with confidential information; fiduciary duties; due diligence; fraud; dishonesty; misconduct; employer’s, employee’s, individual’s and corporate rights; obligations; responsibilities; conflict of interest; commitment to ethics. Also the values and impact of ethics on the business conscience, stewardship, the role of the board to actively manage the ethics and to endorse an ethical corporate culture which involves every individual.

‘Everyone must conform to ethical morals and ethical leaders must come forward’.

Since 2017 Mr Patrice Motsepe’s Foundation and 33 religious and faith-based organisations hosted National Days of Prayer at the FNB Stadium attended by more than 100 000 Christians at a time. His Foundation also contributed R100 million for job creation, skills and training.

During and after the Covid-19 crisis, you as president deserve a deputy with the dynamics and intellect of an astute business visionary and ethical leader  such as  Mr Motsepe

During and after the Covid-19 crisis, you as president deserve a deputy with the dynamics and intellect of an astute business visionary and ethical leader such as Mr Motsepe to achieve fundamental economic reforms, as the catalyst for an ‘Africa Marshall Plan’, an ‘economic new dawn’ to eventually change the face of the continent.

To turn around the economy we need a ‘defining moment’, similar to

Cofesa, the Confederation of Employers of South Africa have rendered specialised labour relations services to more than 100 000 employers since our registration in  1990. We are at the proverbial ‘coal face’ and witnessed the damaging effects of labour legislation on the economy. Responding to the Presidents’ Thuma mina call, we now look forward to ‘new economic dawn’ with an ‘Africa Marshall Plan’ effect.

Read also: How to turn SA into South Korea in 16 easy steps: Cofesa

Our research goes back to 1990 and is endorsed by the 60-plus economists on the panel of the World Economic Freedom Index, some of them Nobel Prize Laureates. Their 2019 Index claims that between 22m and 30m jobs can be created in S.A. plus more than 50m jobs on the African continent to catch up with Singapore, even Botswana and South Korea which had a lower per capita GDP than SA in 1960, today has a per capita GDP which is 32 times higher than ours. Cofesa challenges government to take 16 easy steps to modernise the economy and catch up with comparable economies.