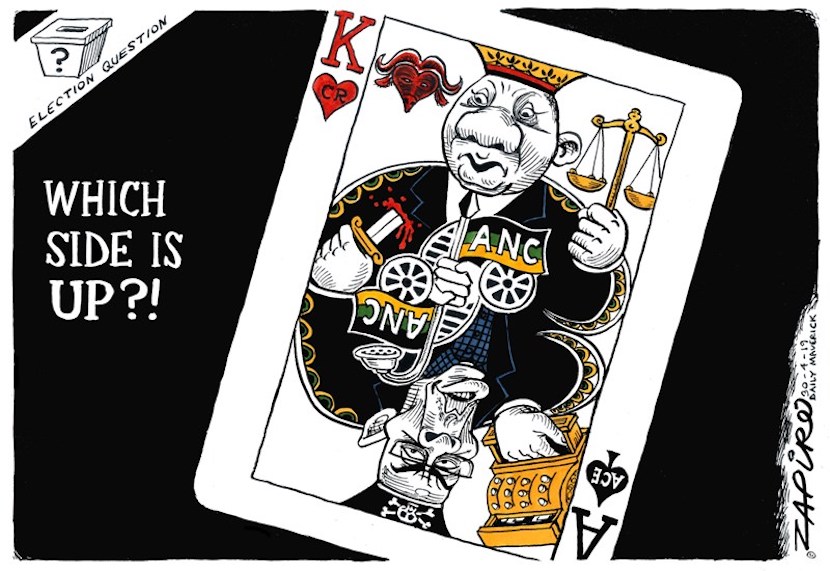 In early November an arrest warrant was finally issued for Ace Magashule relating to charges of fraud and money laundering. Magashule is accused of fraud in connection with an asbestos roofing project when he was the Premiere of the Free State. DA representative Leona Kleynhans found the project  to be a money laundering exercise. Kleynhans worked for years to expose the R255mn fraud and push the wheels of justice to turn. Magashule has stubbornly refused to step down despite an ANC policy that requires members to leave their posts when facing criminal investigation. The ruling party’s Integrity Commission says the ANC must be more decisive and enact an August resolution to remove Magashule from office.- Melani Nathan

(Bloomberg) –The South African ruling party’s ethics body recommended that a key rival of President Cyril Ramaphosa step aside or be suspended.

Ramaphosa has struggled to assert his authority over the African National Congress since winning its presidency by a narrow margin in late 2017, with Secretary-General Ace Magashule at the forefront of a group of detractors who’ve continually undermined his authority. The state last month charged Magashule with crimes including fraud and money laundering, raising the prospect that he could be sidelined politically.

The ANC’s Integrity Commission said the party must implement an August resolution that officials facing criminal charges be removed from office, according to a document seen by Bloomberg and confirmed by two people familiar with the matter. The people asked not to be identified because the information isn’t public.

Read also: How investigators FINALLY got enough evidence to arrest Ace Magashule – the inside story